Annamie Paul will remain at the helm of the Green Party of Canada for a little while longer, even after a dramatic news conference where she announced her resignation and described her time in the job as the worst period of her life.

Ms. Paul’s exit hinges on her resignation being finalized by the party’s governing federal council, a process that could take “a couple of weeks,” according to party communications director John Chenery.

“She’s informed the council she’s going to resign. There are some things to be resolved,” he said. “I believe it’s to do with her employment contract.”

Mr. Chenery added that the issue was discussed at an emergency meeting of the federal council, held hours after after Ms. Paul’s exit news conference on Monday. She participated in the meeting.

“I believe a resolution came out of that. I believe that things are moving forward,” Mr. Chenery said.

At her news conference, Ms. Paul referred to her feeling of having made history late last year, when she became the first Jewish woman and first Black person to lead a federal party.

“What I didn’t realize at the time is I was breaking a glass ceiling that was going to fall on my head and leave a lot of shards of glass that I was going to have to crawl over throughout my time as a leader,” she told reporters. Her year as Leader, she said, has been “the worst period in my life in many respects.”

She added that she was not willing to make the effort to secure at least 60-per-cent support from party members in a leadership review to be held within six months. “I just don’t have the heart for it,” she said.

Her announcement followed a disappointing election for the party, after a summer of turmoil within its ranks. The Greens saw their share of the popular vote fall to 2.3 per cent this year, from 6.55 per cent in 2019.

Although the party picked up a new seat in Ontario, it lost one in British Columbia, leaving it with two MPs – the same number it had in the last Parliament. Ms. Paul placed fourth in the Toronto Centre riding where she ran. It was her third try at winning that seat.

Ms. Paul’s resignation announcement was the culmination of an extended conflict between her and the party’s federal council. Members of the council began seeking to oust her soon after she was elected leader in 2020.

In May, Jenica Atwin, who was at the time a Green Party MP for Fredericton, challenged Ms. Paul’s position on the Israeli-Palestinian conflict. After a public dispute over the issue with a former adviser to Ms. Paul, Ms. Atwin defected to the Liberals, costing the Greens one of their three seats in the House of Commons. Some party officials blamed Ms. Paul for the floor-crossing.

The federal council later laid off Ms. Paul’s office staff and withheld funding from her campaign in Toronto Centre. The council also scheduled, and later withdrew, a non-confidence vote on her leadership.

Under party rules, the federal council will eventually appoint an interim leader. Within six months of that appointment, a leadership contest will be held to select a permanent leader.

Members of the federal council did not respond to requests for comment on this week’s developments.

Victoria Galea, Ms. Paul’s executive assistant, said in an interview on Tuesday that Ms. Paul always tried her best to do what was right for the party, but faced an “uphill battle” as a result of opposition from the federal council.

“She was not, at one point, set up for success, at any time, by this party,” Ms. Galea said. “At no point has it ever been a smooth ride with the federal council.” 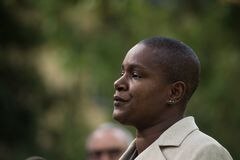 Green Party in tatters, with glimmers of hope, after disappointing election finish
September 22, 2021 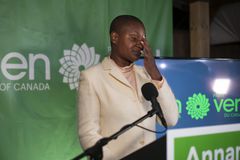 Newly elected Kevin Vuong says he will keep his seat after the Liberals disown him
September 23, 2021 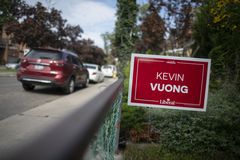 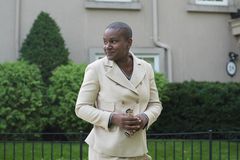