The organizers of the annual Halifax defence and security forum that drew the ire of Beijing for lauding Taiwan’s President are staging a similar gathering in Taipei in January – just weeks before the controversial 2022 Winter Olympics in China.

It’s being billed as a show of support for the self-governing democracy of Taiwan, which the Chinese government regards as a breakaway province despite the fact the Communist Party of China, which seized power on the mainland in 1949, has never ruled the island.

Beijing has been taking steps to isolate Taiwan from the international community over the past half-century.

Last year, after President Tsai Ing-wen was re-elected by a landslide on a promise to defend Taiwan’s democracy, China sent warplanes into the airspace around the island, tactics the Taiwanese government says are designed to exhaust its much smaller military.

Chinese President Xi Jinping, who has not ruled out the use of force to take Taiwan, last month vowed to “complete unification” of his country with the island. Japan warned of a “sense of crisis” over Taiwan in a new defence white paper, and its deputy prime minister this month said his country must join forces with the United States to defend Taiwan if China invades.

Peter Van Praagh, the president of HFX, the organization that runs the Halifax International Security Forum, said Taiwan, as “one of Asia’s most vibrant democracies,” faces serious challenges and even threats right now.

“All people who value democracy will immediately recognize the importance of showing solidarity with the Taiwanese people at this time,” Mr. Van Praagh said.

The Halifax International Security Forum, which has been staged annually in Nova Scotia’s capital since 2009, brings together more than 300 political leaders, military officials and academics for a weekend conference on geopolitical affairs. Its goal is to strengthen co-operation among democracies. About half its funding comes from the Department of National Defence.

The Taipei event, scheduled for Jan. 21-23, will be the first major meeting outside Halifax. Mr. Van Praagh said it should draw a great deal of interest from members of the U.S. Congress and added that he expects “former prime ministers and former presidents to attend, as well as a lot of legislators.” But the organizers are not seeking any funding from either the Taiwanese or the Canadian government.

It will take place just weeks before Beijing will play host to the 2022 Winter Olympic Games. Human-rights groups have urged countries to boycott the Games to protest China’s repression of its predominantly Muslim minorities, including the Uyghurs. Numerous Western parliaments, including Canada’s, have passed resolutions declaring that China’s treatment of the Uyghurs constitutes genocide.

Earlier this year, the Halifax forum awarded its flagship John McCain Prize for Leadership in Public Service to Ms. Tsai, calling her an inspiration for defending her people against the Chinese Communist Party’s aggression.

The prize was not announced during the forum’s November, 2020, proceedings.

News reports in April said Ottawa warned the forum’s organizers that it would yank its funding if the prize was given to Ms. Tsai – a move Politico.com attributed to fear of offending Beijing.

The government later denied it had tried to strong-arm the forum and said the group was free to make its own decision about the award.

The matter led to the House of Commons adopting a motion, by unanimous consent, saying Ms. Tsai was an ideal candidate for the prize. 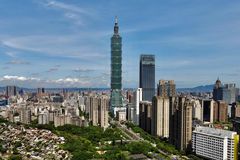 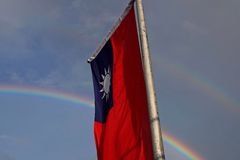