RoseAnne Archibald, who was elected national chief of the Assembly of First Nations on Thursday, now faces controversy over a report on an investigation into allegations that she harassed staff members while she was a regional chief.

The confidential May 3 report, a copy of which was obtained by The Globe and Mail, examines Ms. Archibald’s behaviour towards staff when she was the AFN’s Regional Ontario Chief, a role she assumed in 2018.

The report, by investigator Bryna Hatt, says there were a total of 10 potential complainants. Three did not participate in the investigation. Of those who did participate, none were willing to identify themselves during the process in order to lodge formal grievances. The report does not detail the allegations or draw conclusions about whether or not they are true.

Opinion: RoseAnne Archibald will face challenges on all fronts as national chief of Assembly of First Nations

At a news conference Friday, Ms. Archibald would not comment on the report, saying she is bound by confidentiality. But she denied any wrongdoing and vowed to ensure the AFN workplace is positive and respectful.

Five of the seven potential complainants who participated in the investigation said they were worried about being “targeted” or “attacked” by Ms. Archibald, both directly and publicly through social media, if they came forward with their allegations as part of the formal process.

The report says the five people also articulated “fear” or being “scared” about the prospect of Ms. Archibald finding out who they were, and that they were “visibly upset and self-reported being anxious and stressed about being identified.”

With no complainants willing to come forward, which would have resulted in their names being made known to Ms. Archibald, Ms. Hatt concluded that the investigation into Ms. Archibald’s behaviour could not proceed, the report says.

“As a result of not having a formal complaint, a named complainant, or enough factual specificity to move forward, the alleged respondent, Regional Chief Archibald, was not interviewed,” Ms. Hatt writes in the report.

The allegations pose a challenge internally for Ms. Archibald as she takes on her new role as the first woman leader of the AFN, an advocacy organization representing more than 900,000 First Nations people in 634 communities across the country. The national chief plays a key role in influencing government policy of importance to First Nations and deals with federal government officials, including the Prime Minister and cabinet ministers.

On Friday, Ms. Archibald said she stands by her record. “In the 31 years that I’ve been involved in politics, I have never had a single complaint filed against me,” she said. “However, I have been the victim of workplace harassment and I know what that feels like. And so, I am committed to creating safe and healthy working spaces for everyone.”

Ms. Archibald added that the AFN had failed to stop abusive behaviour in the past. The organization must be modernized, she said, and its days of “bullying and harassment” left behind.

She said she “felt targeted” by AFN leadership after she previously accused them of misogyny and pushed for a review of discrimination at the AFN.

According the report, the AFN hired Ms. Hatt to complete an independent investigation “following a series of informal complaints alleging experiences of harassment and bullying” by Ms. Archibald.

After Ms. Hatt identified the 10 potential complainants, the report says, she contacted each one. According to the report, two did not respond to interview requests, one sent an anonymous email with allegations against Ms. Archibald, and seven spoke with Ms. Hatt.

“Each refused to move forward with a formal complaint,” Ms. Hatt writes.

The report says the investigation spanned two months, from Feb. 22 to April 22. Ms. Hatt cites delays in the interviewing process as she worked to find out whether complainants or witnesses were willing to participate.

In a letter to Ms. Hatt dated May 7, Asha James, a lawyer representing Ms. Archibald, points out that the report says there were no written complaints, which are a requirement for pursuing harassment claims according to the AFN’s policies.

“Once it was evident that there was no actual substantive complaint in this process, that should have been the end of your inquiry,” Ms. James wrote. “It is disappointing that Regional Chief Archibald’s concerns that this investigation would not be conducted in a fair, thorough, and transparent matter have been well founded.”

The Globe is not identifying the source, because they fear reprisal if they are named.

Perry Bellegarde, Ms. Archibald’s predecessor as national chief, said on Twitter that he acknowledges her as the first female AFN national chief. He said the job is very important and challenging, and that he wishes Ms. Archibald the best. But he did not offer congratulations.

The Globe and Mail first reported in February that Ms. Archibald was the subject of a harassment probe commissioned by the AFN. Ms. Archibald said at the time that she believed the probe was reprisal for seeking more financial accountability at the AFN. 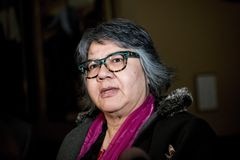 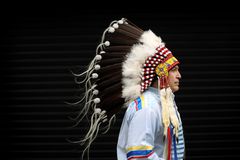 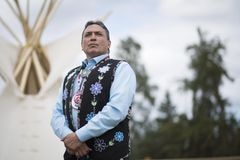