In September, when children start heading back to school, many parents will be doubly frustrated their young kids still can’t go daycare. Will Prime Minister Justin Trudeau start to think the time is right for a national daycare program?

The federal Liberals have talked about the notion on and off for decades, but except for an attempt during Paul Martin’s short-lived government, they have balked at the cost and the politics. It has never been an especially popular idea.

So Mr. Trudeau and his government talk about gender equity and inclusive growth, but a transformative child-care plan has never been on their agenda.

But now the COVID-19 pandemic might be changing some of the politics.

For one thing, the fall is likely to bring a moment of frustration for the many parents who won’t have the daycare space they once counted on.

The lack of access to child care is expected to be a barrier for many people returning to work. That will slow economic recovery and deter individuals – predominantly women – from rejoining the labour force. And that will be a drag on economic growth.

And at the same time, some politicos guess that the hundreds of billions of dollars poured out to cope with the pandemic has changed the perception of cost. Does $10-billion for a major program still sound extreme when the deficit is close to $350-billion?

If you are a left-leaning politician already inclined to believing that national child care must come some day, you may just be tempted into thinking that now is the time. And some Liberals are tempted.

Deputy Prime Minister Chrystia Freeland recently remarked that the $625-million Ottawa put into a “safe restart” funding agreement with the provinces is only a temporary stop-gap, not a national child care program, and Ottawa has to do more. There are several backbench Liberal MPs who like the idea.

As it happens, Mr. Trudeau is, in a sense, shopping for policies. His government rushed out emergency-response programs and is now starting to ponder the longer-term rebuilding plan. They are said to be contemplating big things – and a national child-care program fits that bill.

It wouldn’t be easy. Most importantly, child care is a provincial responsibility, and the conservative governments in Alberta and Ontario aren’t likely to be keen, even if Ottawa is willing to pay. And it’s not clear that public support for big-spending emergency programs will translate into support for permanent ones.

Some advocates argue the pandemic will demonstrate the value of more accessible and affordable child care. Brock University sociology professor Kate Bezanson argues the immediate shortage will underline how critical it is to allowing women – disproportionately affected by the pandemic recession, to get back into the labour force – and show that child care encourages economic activity. “This is an incredibly smart short-term and long-term investment,” she said in a interview.

It was noteworthy that when Prof. Bezanson was interviewed on a recent episode of the political podcast The Herle Burly, host David Herle speculated there might be a political opportunity right now. That’s because Mr. Herle, former campaign manager for both former prime minister Paul Martin and former Ontario premier Kathleen Wynne, has repeatedly advised governments that wanted to embark on ambitious child-care plans that doing so would not win them votes.

Progressives think child-care programs are such a good idea they assume they are popular, Mr. Herle said in an interview, but research surveys found it’s only women with young children who really care. Eighteen-year-olds who expect to have kids one day don’t care much; nor do parents whose kids are older. Even parents of young children only really care about now – not what will happen in a few years, when their kids won’t need care. “So as an election promise, it’s entirely useless.”

In 2006, he said, the Conservatives beat back Mr. Martin’s child-care plans by arguing that it was better to give money to parents to spend as they see fit.

But maybe, he speculated, the current disruption will make more people see access to child care as an issue that matters, creating a window of political opportunity.

Maybe. Certainly, there are some in Mr. Trudeau’s party who want him to take the chance. 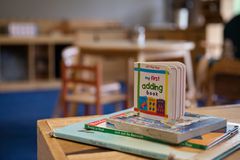 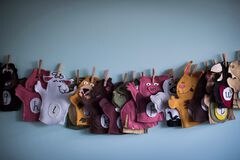