A senior commander is on leave from his role as head of military personnel amid allegations of sexual misconduct now under investigation by military police.

The Department of National Defence (DND) said Wednesday that the Canadian Armed Forces (CAF) is troubled by the allegations involving Vice-Admiral Haydn Edmundson and it is, above else, “concerned for the well-being of the victim who has been carrying this burden for 30 years.”

The department also said the alleged incident is reported to have taken place on board a Royal Canadian Navy ship outside of Canada and the acting chief of defence staff, Lieutenant-General Wayne Eyre, has referred the matter to the Canadian Forces National Investigation Service (CFNIS).

DND said that in the meantime, Vice-Adm. Edmundson will be on leave until further notice, adding that it would be inappropriate to provide additional information at this time now that the matter is under investigation.

Todd Lane, a spokesperson for Defence Minister Harjit Sajjan, said Wednesday that the minister was made aware of the allegation on Tuesday afternoon.

“The minister has asked officials to ensure that the victim receives any and all support needed,” Mr. Lane said. “That includes assisting her to obtain the appropriate police investigation that she requests.”

The Globe and Mail has not independently verified the allegations, and has not been able to reach Vice-Adm. Edmundson.

The investigation of Vice-Adm. Edmundson comes amid a national discussion about the prevalence of sexual misconduct in the CAF and efforts that need to be be undertaken to confront the issue, including the use and abuse of power in military culture.

During recent testimony before the House of Commons committee on the status of women, Lt.-Gen. Eyre said the CAF must learn why previous approaches to address sexual misconduct in the military have not worked.

He also said the Operation Honour, which was established in 2015 and was designed to eliminate harmful and inappropriate sexual behaviour within the Forces, had “culminated.” The mission was established after former Supreme Court justice Marie Deschamps issued a report that year on sexual misconduct within the CAF.

Lt.-Gen. Eyre said while Operation Honour had concluded, the military was exploring what steps it might take next to address the issue in the current era. In a recent resignation letter, Lieutenant-Colonel Eleanor Taylor said a failure by military leadership to set an example through their behaviour had “poisoned” Operation Honour.

Lt.-Gen. Eyre assumed his position as the head of the military when Admiral Art McDonald also had to step aside amid an investigation into his own alleged misconduct. DND said Wednesday that he continues to be paid while this process is underway.

The conduct of Adm. McDonald’s predecessor, Jonathan Vance, is also the subject of an investigation.

The Liberal government has faced considerable political pressure in recent weeks from opposition parties over how it handled misconduct allegations about Mr. Vance that were brought to the attention of Mr. Sajjan by then military ombudsman Gary Walbourne in March, 2018.

Mr. Sajjan declined to look at the evidence Mr. Walbourne offered, but told a Commons committee he alerted his chief of staff, who flagged the matter with the Prime Minister’s Office (PMO).

The PMO asked for a follow-up from the Privy Council Office (PCO), the department that supports the prime minister and cabinet. Janine Sherman, a deputy secretary to the cabinet in the PCO, met with Mr. Walbourne later that month, but was not able to obtain further information. Mr. Walbourne said he did not have the complainant’s permission to investigate, and that her wishes had to be respected.

Conservative defence critic James Bezan said Wednesday that the Liberals claim to be running a feminist government, but they “turned their backs on the women that serve in the Canadian Armed Forces.” 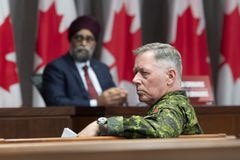 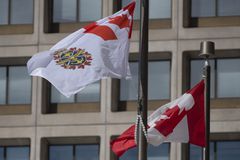 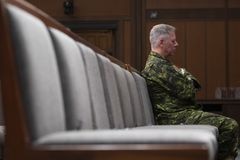