Close to 50 Hong Kongers – many of whom took part in the massive demonstrations that began last year as China tightened its grip on the Asian city – are seeking asylum in Canada, citing harassment and brutality at the hands of police in the former British colony and fear of unjust prosecution.

Forty-six people with Hong Kong citizenship applied for asylum claims between Jan 1, 2019 and March 31, 2020, according to a source with knowledge of the matter. The claims, which are all pending, were received at airports, Canada Border Security Agency bureaus and Immigration, Refugee and Citizenship Canada offices (IRCC) across the country. The Globe and Mail is not identifying the source, who was not authorized to speak about the issue.

The immigration department would not confirm the refugee claim numbers, citing privacy concerns, but said in a statement that “all eligible asylum claimants receive a full and fair hearing on the individual merits of their claim at the independent quasi-judicial Immigration and Refugee Board of Canada.”

Recently under the cover of the coronavirus pandemic, Hong Kong authorities have waged a broader crackdown and arrested prominent pro-democracy figures from all sectors of society, raising fears among Hong Kong asylum seekers in Canada that they could be detained if they returned to Hong Kong. The arbitrary arrests quickly drew condemnation from Canada, the United States and other Western countries.

Gloria Chang, a founder and spokeswoman of the Canadian-based New Hong Kong Cultural Club, said she’s personally aware of 28 former Hong Kong residents who have made refugee claims with the Canadian government. The majority of these claimants are activists who demonstrated against the Hong Kong government and most face charges back home in connection with the protests.

The Globe spoke to some of the asylum seekers and is withholding reporting certain details of their cases because they fear retribution against themselves or families back in Hong Kong by agents of the Chinese Communist Party. The Globe is also granting them confidentiality for the same reason.

Under Hong Kong law, rioting is defined as an unlawful assembly of three or more people where any person “commits a breach of the peace," and a conviction can carry a 10-year prison sentence. Civil-rights groups around the world have condemned this public ordinance as giving police overly broad discretionary powers and allowing disproportionate punishment.

Carrie, in her late 20s, faces charges of rioting back home in Hong Kong for taking part in mass street protests last October. She said police officers repeatedly followed her, refused to show their identification and threatened her, saying something “might happen to you soon.”

She said fellow protesters were savagely beaten by police and she feared for her own safety.

She said in her opinion, “The Hong Kong government and legal system is a joke – a tool of the Chinese Communist Party.”

Ah Gor, in his early 30s, also faces charges of rioting. He took part in the protests at Hong Kong's Polytechnic University last fall, where police laid siege to the campus occupied by activists. "It was a war zone, he says. He was shot in the chest with a "pepperball," a projectile that spreads pepper-spray irritant upon impact.

Ah Gor initially intended to remain in Hong Kong and fight the riot charge, but he decided it was “pointless” because as political dissident the odds of a fair trial were low.

Tom, in his late teens, also fears for his life if forced to return to Hong Kong. He's hoping to attend university in Canada later this year. "You have real democracy here. You can say what you think with no worry you will be persecuted for your political stand."

Hong Kong is visa exempt and all anyone needs to travel to Canada is an electronic travel authorization, which, linked to the traveller’s passport, is valid for up to five years or whenever the passport expires.

Richard Kurland, a Vancouver-based immigration lawyer, said the claims of these Hong Kong residents will effectively put the Chinese-held territory’s justice and legal system on trial. That is, the asylum seekers will have to convince Canadian officials that the city’s judicial system and political system give rise to a serious possibility of persecution. “It will be an uphill case to make because Hong Kong still retains a legacy of institutional frameworks from Britain for courts and police,” he said.

The immigration department’s statement to The Globe said eligibility for asylum can be denied if the claimant has committed a serious crime, such as murder, had previously been denied a claim in Canada or received protection in another country. It takes about 22 months to process a refugee claim.

“Canada has always been a welcoming society and we will continue to open our doors to newcomers, including those fleeing persecution, terror and war,” the department said.

Under the terms of the handover of Hong Kong to China by Britain in 1997, Beijing pledged a “one country, two systems” approach, under which the territory could maintain some of the freedoms of Western democracies, including freedom of speech, and an independent judiciary, for 50 years.

But protesters, human-rights advocates and other countries have accused Beijing of encroaching on Hong Kong’s autonomy in the past half decade. Human Rights Watch said in a recent statement that since June, 2019, the authorities have arrested nearly 8,000 demonstrators but failed to prosecute any police officers “credibly alleged to have used excessive force.” 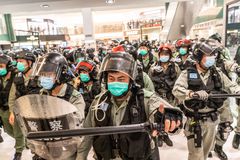 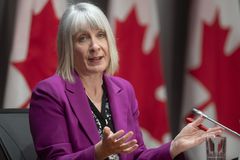 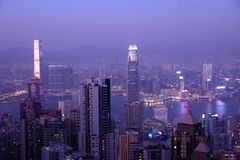