Members of all parties passed a motion Monday that calls for the federal government to end legal actions against two Canadian Human Rights Tribunal orders on discrimination of Indigenous children.

The NDP’s motion also says the government should accelerate implementing the calls to action from the Truth and Reconciliation Commission issued in 2015, including to provide “immediate funding for further investigation into the deaths and disappearances of children at residential schools.”

The motion, which is an expression of opinion from the House but is not binding, got support from some Liberals, in addition to the Conservatives, Bloc Québécois and Greens, although a number of Liberal MPs, including Prime Minister Justin Trudeau, Indigenous Services Minister Marc Miller and Crown-Indigenous Relations Minister Carolyn Bennett, abstained. The final vote was 271 in favour and 0 against.

NDP Leader Jagmeet Singh said that by refusing to vote on the motion, Mr. Trudeau “is confirming that he will continue to fight residential school survivors and Indigenous kids in courts.”

National Gallery to boost Indigenous role in programming and decision-making

The vote took place at a critical moment for the Liberal government, which faces increased political pressure, including from Indigenous leaders, on supports offered for First Nations children after remains of children from the Kamloops Indian Residential School were reported in British Columbia. The announcement of the discovery has sparked commemorations across the country and calls for independent investigations into the existence of burial sites near other former residential schools in Canada.

Last week, Ms. Bennett announced that $27-million would be distributed to Indigenous communities on an urgent basis. The funding was from the 2019 federal budget, when the government earmarked $33.8-million over three years to develop and maintain the National Residential School Student Death Register and to help establish and maintain an online registry of residential school cemeteries.

Cindy Blackstock, the executive director of the First Nations Child and Family Caring Society of Canada, said on Twitter that Canadians can now tune into Federal Court from June 14 to 18 to “see if the government continues to fight First Nations kids.”

Ottawa has filed applications in Federal Court for judicial review of two orders from the Canadian Human Rights Tribunal. The body was created by Parliament in 1977 and legally decides whether a person or organization has engaged in a discriminatory practice as defined by the Canadian Human Rights Act. The purpose of the act is to protect individuals from discrimination and states all Canadians have the right to equality, equal opportunity, fair treatment and an environment free of discrimination.

In 2019, the tribunal said the federal government willfully and recklessly discriminated against Indigenous children on reserve by failing to provide funding for child and family services. It also ordered Ottawa to provide up to $40,000 to First Nations children who were unnecessarily taken into care on or after Jan. 1, 2006, adding that its orders also cover parents or grandparents and children denied essential services.

In its legal application for a judicial review, Ottawa “acknowledges the finding of systemic discrimination and does not oppose the general principle that compensation to First Nations individuals affected by a discriminatory funding model can be made in appropriate circumstances.”

But it stated that the government sees grounds for the application based on its belief the tribunal erred in its decision, including on the order of monetary compensation to First Nations children, parents and grandparents under the Canadian Human Rights Act.

Canada does not want to pay this compensation, Ms. Blackstock said.

A number of Liberal MPs voted in support of the NDP motion on Monday. Toronto MP Nathaniel Erskine-Smith told The Globe and Mail that the government’s own submission on the judicial review of the tribunal ruling states that both systemic reform and individual compensation can and must occur. The government needs to follow through on that commitment, he added.

A second order from the tribunal is related to Jordan’s Principle, named after a five-year-old boy, Jordan River Anderson, who died in hospital in 2005 after a lengthy battle between the federal and Manitoba governments over home care costs. It is designed to ensure First Nations children can access services and supports when they need them. It requires that children get access to services without delays caused by jurisdictional issues.

The government said that legal issues around the scope of the tribunal’s authority to issue these decisions are important and it was seeking guidance from the court.

Ms. Blackstock said Monday that the government argues “jurisdiction” all the time “when they don’t want to deal with the real issue, which is that their conduct has hurt kids, separated them from their families and in some cases contributed to their deaths.”

Mr. Miller said First Nations children that have suffered discrimination at the hands of the failed child welfare system will receive “just, fair and equitable compensation.” 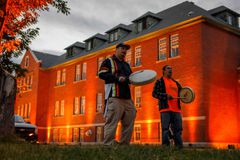 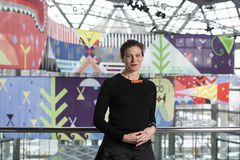 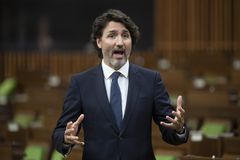