Huawei Technologies Canada has drafted a legal agreement that outlines a “no-back door and no-spying” pledge as the Chinese telecommunications giant tries to prevent the federal government from banning the use of its equipment in the country’s 5G cellular networks.

The Globe and Mail has obtained a copy of the proposed no-spying agreement, marked “confidential,” which lays out the company’s legal obligations if Canada allows it to be part of the next-generation 5G cellular technology.

The document appears to be the first Huawei no-spying agreement to be revealed publicly, and spells out a strict process to prove the equipment does not contain secret “backdoors” that allow outside entities to access the networks or put in malware. It also commits to reject requests for information from Chinese security agencies.

The draft says Huawei agrees that several obligations would be inserted into all contracts with “key infrastructure operators in Canada,” which presumably includes telecom and internet providers. It would treat “all confidential information, business and company secrets ... obtained under the contract relationship as confidential," and says “all confidential information will not be transferred to a third party or used for purposes other than those stipulated in the contract without the consent of the carrier.” Thirdly, “Huawei agrees no information shall ever be provided to any foreign intelligence agency outside of Canada.”

It does not say what would happen if the company breaks this agreement, and the proposed text does not appear to bind parent company Huawei Technologies Co. Ltd. in Shenzhen. The wording says it would be between Huawei in Canada and the Canadian government.

The draft, which contains fewer than 700 words, demonstrates what the company is prepared to do to persuade Canadian officials to allow its gear in 5G networks.

“Huawei agrees to never implant or allow others to implant in its equipment, or to collect intelligence for any individual or organization, including any government organizations, agencies and entities,” the document states.

Huawei Technologies Canada’s parent company in Shenzhen has publicly said it would be prepared to sign no-spying agreements with governments. The pacts would ensure Huawei or its foreign subsidiaries are legally responsible for preventing Huawei equipment from being used to spy.

A source told The Globe the proposed agreement has not been shared with the Canadian government because Ottawa is still conducting a national security review of Huawei’s 5G technology. The Globe is not identifying the source, who was not authorized to discuss Huawei’s 5G strategy.

U.S. and Australian government officials have warned that China could use Huawei’s equipment to spy on other countries because a 2017 law gives Beijing authority to order Chinese companies to carry out espionage for national security purposes.

The proposed agreement attempts to assure the Canadian government that the Canadian subsidiary would reject any such demand.

“Huawei agrees that no information shall ever be provided to any foreign intelligence agency outside of Canada,” the document states. The company “confirms that it has never had any legal or moral obligations to implant or allow others to implant espionage, communications kill switches or other malicious functionalities (backdoor) to its equipment.” A kill switch is a mechanism that can shut down or disable a device or program.

The document says Huawei will allow its 5G equipment to be tested independently for backdoors. Canadian security officials currently test Huawei 4G gear at independent labs, and governments in Canada do not use the company’s equipment. It is the only foreign telecommunications equipment maker that faces such requirements in this country.

Canada is the only member of the Five Eyes intelligence alliance that has not acted to ban or curtail Huawei’s participation in 5G networks. The United States, the United Kingdom and Australia have blocked Huawei from 5G networks, and New Zealand rejected a proposal to build a 5G network with Huawei gear.

Company founder Ren Zhengfei, whose daughter, Meng Wanzhou, has been detained in Canada since 2018 on a U.S. extradition request over allegations of bank fraud and violating U.S. sanctions against Iran, has denied that Huawei helps Chinese intelligence by building backdoors in its devices.

The company has mounted a public relations campaign in Canada to gain Ms. Meng’s release and to avoid a 5G ban.

The Globe reported on Wednesday that Huawei maintains a dossier on people it calls “key opinion leaders” in this country who it believes could help its campaign. Among them are former Quebec Premier Jean Charest, who has advised Huawei on the Meng case and 5G, and Eddie Goldenberg, who was an adviser to prime minister Jean Chrétien. Mr. Goldenberg has advocated releasing Ms. Meng in exchange for two Canadians detained in China.

The list of influencers, obtained by The Globe, was compiled by Huawei Technologies Canada and has been sent to company headquarters in Shenzhen, which has shared it with the Chinese government, a source said. The Globe is not identifying the source because they were not authorized to discuss internal Huawei matters.

Innovation Minister Navdeep Bains, whose department oversees the Huawei national security review, and Public Safety Minister Bill Blair had no comment on the dossier. Mr. Bains said Ottawa has not made a “final determination” on whether to allow Huawei in 5G networks. “We’re still doing our due diligence,” he said..

David Mulroney, a former Canadian ambassador to China, said Huawei’s attempts in this country to mould attitudes remind him of what Beijing does. “In a way, it’s in line with what we’re seeing from China across the board: a very significant effort to shape opinion using influencers, using prominent people in our society,” he said.

“This is a private company, not the Chinese government necessarily, but it’s sophisticated, and unless you were paying careful attention, you probably wouldn’t understand how much planning and effort goes into it.”

The dossier lists and provides profiles of 30 former politicians, university professors, lawyers and business people who it says “have made relatively positive comments or provided valuable information on Huawei’s brand image, Huawei products, and the controversial affairs involving Huawei.”

Not all of them have offered explicitly pro-Huawei commentary.

Conservative foreign affairs critic Michael Chong said the government should “stop dithering and ban Huawei from our 5G networks as we have been calling for them to do for the past year.” 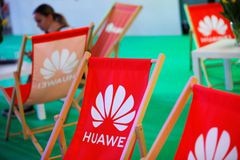