The new charges were filed more than a year after the U.S. government levelled criminal charges against the company and its chief financial officer Meng Wanzhou as part of an alleged conspiracy by the Shenzhen-based tech giant to violate U.S. sanctions on Iran.

Federal prosecutors in Brooklyn, N.Y., announced Thursday that they are adding charges of theft and racketeering – crimes committed through extortion or coercion – to their wider indictment against Huawei, which has already been accused of stealing technology from wireless operator T-Mobile.

The fresh charges against Huawei arrive in the middle of a massive American-led campaign to keep the company’s networking equipment out of next-generation wireless networks on the grounds that it could be used by the Chinese state for attacks or espionage.

The U.S. Justice Department said the new charges related to “the alleged decades-long efforts by Huawei, and several of its subsidiaries, both in the U.S. and in the People’s Republic of China, to misappropriate intellectual property, including from six U.S. technology companies, in an effort to grow and operate Huawei’s business.”

“As a consequence of its campaign to steal this technology and intellectual property, Huawei was able to drastically cut its research and development costs and associated delays, giving the company a significant and unfair competitive advantage,” the department said.

Among other accusations, the new indictment says Huawei installed surveillance equipment in Iran that was used to monitor, identify and detain protesters during the 2009 anti-government demonstrations in Tehran.

Huawei did not immediately respond to a request for comment, but has denied the charges previously announced.

There are no new charges against Ms. Meng in indictments that were unsealed Thursday. She remains out on bail in Vancouver, where she is fighting an American extradition request.

The U.S. is seeking to extradite Ms. Meng, who is under house arrest in Vancouver, on charges of bank fraud, wire fraud and conspiracy. Ms. Meng has said she is innocent of all charges, and China has demanded that Canada free the Huawei executive and daughter of the company’s founder.

In apparent retaliation for Canada arresting Ms. Meng as she changed airplanes in British Columbia in December, 2018, Beijing arrested two Canadians – Michael Kovrig and Michael Spavor – on allegations of espionage and handed a death sentence to Canadian Robert Schellenberg on drug charges. Chinese buyers have also dramatically reduced purchases of canola seed, once among Canada’s top exports to China.

In the additional charges announced Thursday, the Justice Department alleges that Huawei and a number of its affiliates used confidential agreements with U.S. companies over the past two decades to gain access to trade secrets and steal them.

U.S. prosecutors say Huawei also had a formal policy of providing bonuses to reward employees who obtained confidential information from competitors. Employees were directed to post the information on an internal Huawei website, or, in the case of especially sensitive information, to send an encrypted e-mail to a special huawei.com e-mail mailbox.

They allege that Huawei recruited employees of other companies and then directed them to steal their former employers’ intellectual property.

Huawei also used “proxies such as professors working at research institutions to obtain and provide the technology to the defendants,” the government alleged.

Prosecutors cited the case of a Huawei engineer who was discovered in the middle of the night at a Chicago trade show taking photos of the circuitry of a network device from another technology company.

If Huawei employees were caught by law enforcement, the company had an official policy to blame “rogue low-level employees," the indictment alleges. 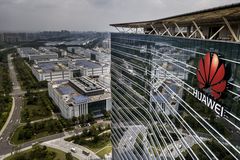 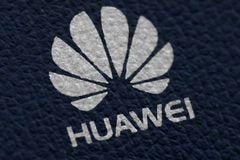 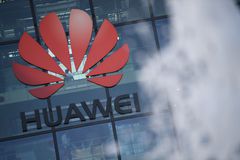 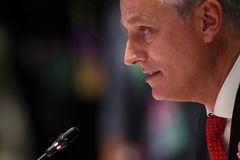