Chinese high-tech giant Huawei says it has funnelled $50-million into Canadian university research over the past decade and added nearly $700-million to Canada’s economic output in 2018 alone, figures it is releasing as it tries to persuade Ottawa not to ban its equipment from next-generation 5G wireless networks in this country.

These numbers are in a report funded by Huawei Technologies Co. Ltd. and prepared by Oxford Economics, a U.K. economic-modelling firm, that is being published on Wednesday.

Huawei’s future in Canada is in limbo while the Canadian government deliberates whether to follow the lead of allies, including the United States and Australia, and bar China’s flagship technology company from supplying gear for 5G wireless networks. The Americans and Australians say Huawei answers to China’s ruling Communist Party, and could be compelled to help Beijing spy or sabotage Western networks. Chinese law says companies must “support, co-operate with and collaborate in national intelligence work” when asked.

The Oxford Economics study says Huawei’s activity in Canada supported more than 4,750 full-time jobs in Canada in 2018. That same year, the report adds, the Chinese company also invested $164-million in research and development, and the firm and its employees together paid $81-million in taxes, including personal income and corporate tax, and social security contributions. (Huawei has also received more than $100-million in research and development tax credits.)

As it publicizes the economic benefits it brings to Canada, Huawei has avoided any warning or threat that it might leave or scale back spending in Canada should Ottawa block the Chinese company from mobile network infrastructure.

“Our commitment to Canada is not a contingent proposition,” said Alykhan Velshi, vice-president of corporate affairs for Huawei Technologies Canada. “We are happy to meet any test asked of us when it comes to guaranteeing the integrity and security of our 5G offering even as we continue to invest in and build upon our Canadian operations."

The study for Huawei notes that in 2019, the company was ranked among the top 25 corporate research and development spenders in Canada by Research Infosource Inc., a research, consulting and publishing company.

The vast majority of Huawei’s economic impact is in Ontario, according to Oxford Economics, which reflects the fact that the province is home to the headquarters of the Canadian subsidiary and research centres in Ottawa and Markham. In Ontario alone, the company’s operations supported a $592-million contribution to economic output in 2018 and 3,830 jobs, the report said.

Economic impact estimates prepared by Oxford Economics include direct spending and employment, but also indirect contributions from the ripple effect “as suppliers make purchases from their suppliers and so on right down the supply chain,” the study said.

The study also highlights Huawei’s partnerships with 22 Canadian universities and research institutions where it has spent “around $50-million” on research.

In the past decade, Huawei has established a vast network of relationships with Canadian universities to create a steady pipeline of intellectual property that will aid its development of mobile technology. In many cases, Canadian university professors have transferred full rights to their inventions to Huawei.

Mr. Velshi said Huawei’s presence in Canada will help put this country at the forefront of 5G technology.

“Through its investments in Canadian universities, Huawei is helping to position Canada as a potential world leader in 5G technology,” he said.

A Canadian cabinet decision on Huawei is unlikely until 2020 given strained relations with China and a split over the issue between Canada’s two major intelligence agencies, The Globe and Mail reported earlier this month. The Canadian Security Intelligence Service and the Communications Security Establishment disagree on what to do about Huawei. CSIS wants the company barred from 5G networks, while CSE, the country’s electronic-surveillance agency, says robust testing and monitoring of Huawei’s 5G equipment could mitigate potential security risks, the official said.

Senior intelligence officials in the United States and Australia also warn against partial bans, saying that 5G technology differs from previous generations, and therefore it is impossible to fence off parts of the network – such as the core – while allowing suppliers such as Huawei into others.

U.S. lays out procedure for barring firms such as Huawei and ZTE from telecom networks Subscriber content
November 26, 2019 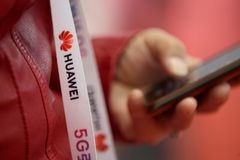 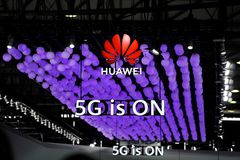