There is an iron law in major political scandals. Everything eventually comes out. Everything.

In the matter of who in the Prime Minister’s Office said what to Jody Wilson-Raybould last autumn over the SNC-Lavalin corruption case, how the then-justice minister reacted, and how that exchange influenced Prime Minister Justin Trudeau’s decision to remove her from the portfolio, the public will eventually receive a full accounting. Monday’s decision by Ethics Commissioner Mario Dion to investigate the affair only reinforces that certainty.

The Prime Minister and his advisers will either clear Ms. Wilson-Raybould to offer her version of events, while also offering their own understanding of what happened, or the Liberals will pay the price at the next election. The choice is that simple.

Mr. Trudeau’s continued evasiveness at a press conference Monday did his cause no favours. He insisted he had full confidence in Ms. Wilson-Raybould, but her absence from the event, which took place in her own city of Vancouver, raised the question of whether she has full confidence in him.

Almost two decades ago, Jean Chrétien tried to suppress the growing scandal over missing federal sponsorship funds by saying the RCMP would investigate any wrongdoing. The RCMP did investigate, and so did the auditor-general, and eventually so did a public inquiry, leading to the defeat of his successor, Paul Martin.

In May, 2013, after a bombshell scoop revealed that Stephen Harper’s chief of staff had personally repaid the questionable expenses of Senator Mike Duffy, the prime minister waved off the affair as a mere “distraction.” That distraction consumed the rest of the government’s mandate and helped defeat the Conservatives.

By the end, Mr. Harper’s advisers had to urge the dejected PM to stop looking down at his shoes when answering questions from his tormentors during Question Period.

The SNC-Lavalin affair is potentially as big as the sponsorship or Senate expense scandals. Senior advisers to the Prime Minister might have put pressure on a justice minister to strike a plea deal with a Quebec firm that has historic ties to the Liberal Party, and might have demoted her within cabinet when she refused.

The government is attempting to handle the affair through legalistic non-statements by Mr. Trudeau, buttressed by conversations between reporters and anonymous officials in which the officials insist no one put pressure on the former justice minister to do anything – adding, sotto voce, that she happens to be ill-tempered and difficult to work with.

Not only has this approach not proven effective, there are signs of a caucus revolt.

New Brunswick Liberal MP Wayne Long issued a statement Monday saying he was “extremely troubled” by the allegations of political interference, and calling for “a full and transparent investigation” by the Commons justice committee, which is exactly what Conservative Leader Andrew Scheer and NDP Leader Jagmeet Singh have called for.

The chair of that committee, Liberal MP Anthony Housefather, said on Twitter “I intend to independently determine whether Committee study of the issue will be useful, and colleagues will do the same.” It doesn’t sound as though the Liberals on that committee are prepared to take their marching orders from the PMO on this file.

As for the bad-mouthing of Ms. Wilson-Raybould, Liberal MP Celina Caesar-Chavannes indignantly tweeted “When women speak up and out, they are always going to be labelled. Go ahead. Label away. We are not going anywhere.”

The next caucus meeting could prove to be eventful.

There’s a piece of strategic advice appropriate for such times that I call the Rhodes Maxim, after Paul Rhodes, who was a senior adviser to former Ontario premier Mike Harris.

“Ask yourself: ‘How will this end?’ Go there,” Rhodesy always advised.

This affair will end with Ms. Wilson-Raybould offering her version of events in full – who spoke to her about the SNC-Lavalin case, what they said, how she reacted, how she views her subsequent demotion from Justice to Veterans Affairs.

Mr. Trudeau’s advisers will offer their version of events. If the versions conflict, one or more resignations may then follow.

All of this will happen sooner or later. The sooner it happens, the more time the Liberals will have to heal their internal divisions and to shift the narrative away from the scandal in the lead-up to the October election. Ragging the puck in the hope this will all somehow go away could prove fatal.

Remember: How will this end? Go there. Now. 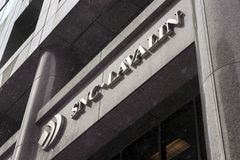 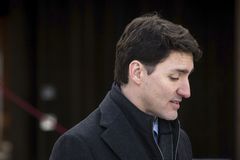