As Mr. Ford’s community and social services minister, Ms. MacLeod is butting heads with the Liberal government over its handling of the asylum-seeker issue, and she was at it again Friday after the main federal, provincial and territorial players gathered for a meeting on the matter in Winnipeg.

She walked out of the meeting after a testy exchange with federal Immigration Minister Ahmed Hussen, who later publicly accused Ontario of fear-mongering on asylum seekers. She called his comments “mean-spirited” and demanded an apology.

At Monday’s emergency meeting of the House of Commons immigration committee, opposition members will try to put some political pressure on the government by urging their Liberal counterparts to examine the problem, as well as the pressure it is putting on provinces.

Ms. Rempel will introduce a motion calling on the committee to “undertake a study to review the adequacy of the federal government’s response to the impact of increased asylum seekers crossing into Canada from the United States.”

She and NDP immigration critic Jenny Kwan are calling on the committee to hold two more meetings this summer in hopes of learning more about what the government intends to do.

The motion calls on Mr. Hussen to testify, for the committee to meet at least twice more this summer and that the study be concluded before Aug. 3. Ms. Rempel also wants provincial ministers to either testify or provide written submissions to the committee.

Ms. Rempel called for Monday’s meeting after hearing Ontario and Quebec say they’ve run out of room for migrants. The Ontario government said it is facing a “looming crisis” next month if Ottawa doesn’t help find space for refugees and asylum seekers currently sheltered in college dorms.

“If we’re going to be allocating all of these funds and they’re unbudgeted, then the government should be able to table some sort of plan, and I do feel it’s been very piecemeal and reactive,” said Ms. Rempel.

“I don’t think we can wait until the fall because I think the situation is going to get worse.”

Canada’s Safe Third Country agreement with the U.S. stipulates that asylum seekers are required to make their claims in the first “safe” country where they arrive – meaning those who cross into Canada at an official land border crossing are sent back to make their claim in the U.S.

The agreement does not cover “irregular” or “illegal” asylum seekers – those entering Canada at unofficial points, most notably in Quebec.

While committee chair Liberal MP Rob Oliphant won’t have a vote, he suggested he would be keen to hold additional meetings, if only to latch on to some facts to help to dispel any myths or “outrageous” claims that are circulating.

“That’s my duty,” Mr. Oliphant said. “I would say it’s best to get a hearing of the facts, get the evidence, find out what’s going on. That’s my personal opinion. Committee will make the decision. The more information the better and the sooner the better.”

Even so, the influx of asylum seekers crossing into Canada is an important issue, but not a crisis, Mr. Oliphant added.

“I’m going to be pushing that we have the right meetings at the right time with the right people to get the right information.”

Mr. Oliphant said he hasn’t yet spoken with the Liberal members of the committee, but their contingent usually meets before committee to discuss what they’re thinking “in terms of a team.”

The members listen to the opposition’s arguments, he insisted, and will come up with a decision after that.

For her part, Ms. Kwan – like Ms. Rempel – also has a slew of questions for Mr. Hussen and his officials. But she also said the committee needs to find a strategy to deal with the U.S., where President Donald Trump’s hard line on immigration is being blamed for pushing people north.

“As long as Trump is in office, the United States is not a safe country for asylum seekers,” Ms. Kwan said. 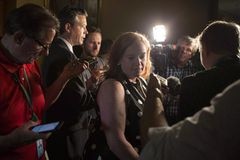 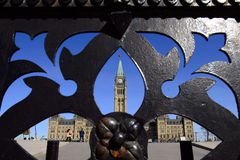