A new political axiom may have arisen in Canadian politics: As Greater Toronto goes, so goes Waterloo Region.

In previous federal elections, the cities of Kitchener, Waterloo and Cambridge, which make up the region about 100 kilometres southwest of Toronto, have tended to vote as a bloc, and for whatever party ends up forming government. Waterloo region has traditionally been a bellwether.

But that could be changing. The region’s ties to Southwestern Ontario are weakening, culturally and economically. Instead, it is becoming a smaller replica of the Greater Toronto Area (GTA), in which ridings in the urban core becoming increasingly progressive, while the surrounding suburban ridings shift between Liberals and Conservatives.

Waterloo (population 114,000) is home to University of Waterloo (with its world-famous computer science department), to Wilfrid Laurier University and to BlackBerry. The city has long had a reputation as a nexus for high tech. Kitchener (pop. 242,000) used to depend largely on the manufacturing of leather and rubber for customers in the auto industry. It was a scrappy, blue-collar town, worlds apart from its twin city, and economically troubled, as manufacturing lost out to foreign competitors.

But in recent years the tech boom has spread to the entire region, which hosts more than 1,570 tech-related businesses. Google’s workforce, housed in a former Kitchener tannery, is expected to soon reach 5,000. Kitchener-based firms scored first, second and eighth in Deloitte’s 2020 ranking of fasted-growing tech companies.

The city’s downtown’s renaissance is remarkable, with upscale restaurants displacing dollar stores, condominium towers on the rise and abandoned factories and warehouses converted into offices and residences. I have never seen so many construction sites chock-a-block in the downtown of a medium-sized city.

Kitchener and Waterloo were once reverse-commuter cities: Young tech-sector workers travelled there for work but remained anchored in Toronto. But though housing prices are rising in the region, they’re still cheaper than in the GTA. Ten thousand people are migrating to Waterloo Region each year, growing the population to 624,000 in 2020.

Such a massive influx is bound to shift the political culture of a community. “It used to be a region that was very similar to other parts of Southwestern Ontario, like London or Windsor,” said Andrea Perrella, a political scientist at Wilfrid Laurier University.

But the loss of its manufacturing base and its increasing connection to the tech-and-services economy of Greater Toronto has transformed Waterloo region. “Demographically, politically, we seem to be more like the GTA region than a Southwestern Ontario region,” he said.

If the Waterloo region starts to mimic the GTA, the core ridings of Kitchener Centre and Waterloo should elect one progressive party or another, in imitation of downtown Toronto, while the three outer ridings of Cambridge, Kitchener-Conestoga and Kitchener South-Hespeler should sometimes ally with the progressive core, and sometimes with the Conservative ridings on their outer borders, just as suburban ridings of the GTA often do.

In conversations with about two dozen people over two days, the first and overriding impression was of impatience with what many see as an unnecessary election. Rob and Michelle Gowland, who were enjoying a light brunch in the shade on a sweltering Sunday, expressed their unhappiness.

“I’m not sure why we’re even having this election,” Mr. Gowland complained. “In such a horrible time,” his wife added.

The Gowlands were brunching in Kitchener Centre, which in seven of the past eight federal elections has elected an MP of the party that formed the government. In 2019 it returned Liberal MP Raj Saini to Parliament. But Mr. Saini received only 37 per cent of the vote. And his campaign was rocked this week by allegations of sexually inappropriate conduct by the candidate, which Mr. Saini denies.

In 2019, Green candidate Mike Morrice, an environmental consultant whose lawn signs currently dominate much of the riding, came in a strong second.

Mr. Morrice hopes that the momentum for climate change that catapulted him to second place in 2019 will take him to first place this time out, despite his party’s distracting infighting. The support he earned two years ago remains, he said, “and now there’s more and more folks who realize that they can vote for what they want and they can win.”

In my conversations, concerns over global warming were top of mind for every progressive voter.

The NDP came in fourth in 2019. But New Democrats took the riding provincially in 2018 and Beisan Zubi hopes to convert the riding federally for the party.

“Affordable housing is a major issue in Canada. We’re in a crisis situation,” she told me.

“But we talk about Toronto and Vancouver. We don’t talk about medium-sized cities where a real struggle is happening.” Housing affordability has been a major theme in NDP Leader Jagmeet Singh’s campaign.

John and Donna Evans, who were celebrating their 47th wedding anniversary at Kitchener’s gracious Victoria Park, had already mailed in their NDP ballots.

“There are certain times in history when we don’t need small-bore solutions,” said Mr. Evans, a retired teacher and writer.

But Heather Lewis and Erin O’Leary, young mothers watching over scampering children, said they will both vote for Liberal Leader Justin Trudeau, “because of what he’s done for the kids,” as Ms. Lewis put it. The Liberals have signed deals with most provinces to greatly reduce child-care costs.

A progressive outcome in Kitchener Centre is not foreordained. The riding voted for the Conservatives in 2008 and 2011 under Stephen Harper, and the party retains the loyalty of people such as Joyce and Trevor Bennett, who have always voted Conservative because, as Ms. Bennett said, “they’ve always supported families,” adding proudly that she is a mother, grandmother and great-grandmother.

The situation has Cindy Chambers seriously vexed. “I don’t want the Conservatives to get in, but they will, because Trudeau has split the progressive vote,” by calling an early election, she worried. She’s voting Green.

So what will election night deliver? Bardish Chagger, who served in Mr. Trudeau’s cabinet, is generally expected to prevail in Waterloo.

As for Kitchener Centre, although Mr. Trudeau’s campaign has stumbled, if it regains its footing and the Liberals return to government, Mr. Saini could win re-election on the party’s coattails. However, either the accusations of inappropriate behaviour by Mr. Saini, or disenchantment with Mr. Trudeau, could send progressive voters into the arms of Mr. Morrice or Ms. Zubi. Or the progressives could split the vote, allowing Conservative candidate Mary Henein Thorn to come up the middle.

“Whatever topic you’re talking about, we have an answer, for,” she said. “We’re clearly showing that we are a government in waiting that can really execute things, and ready to go to work.”

Kitchener-Conestoga deserves an especially close watch. The Conservatives hung on to the riding by the narrowest of margins in 2015, despite the Liberal tide, then lost it, by an equally narrow margin, to the Liberals in 2019.

This time, Liberal candidate Tim Louis faces a new Conservative challenger, Carlene Hawley, who defeated a former aide to Premier Doug Ford to win the nomination with the help of anti-abortion and anti-sex-ed curriculum activists.

We will see on Sept. 20 whether Waterloo Region votes more or less in unison, as in the past, or cleaves between core and suburbs. This place that is in, but no longer of, Southwestern Ontario, is changing by the day. 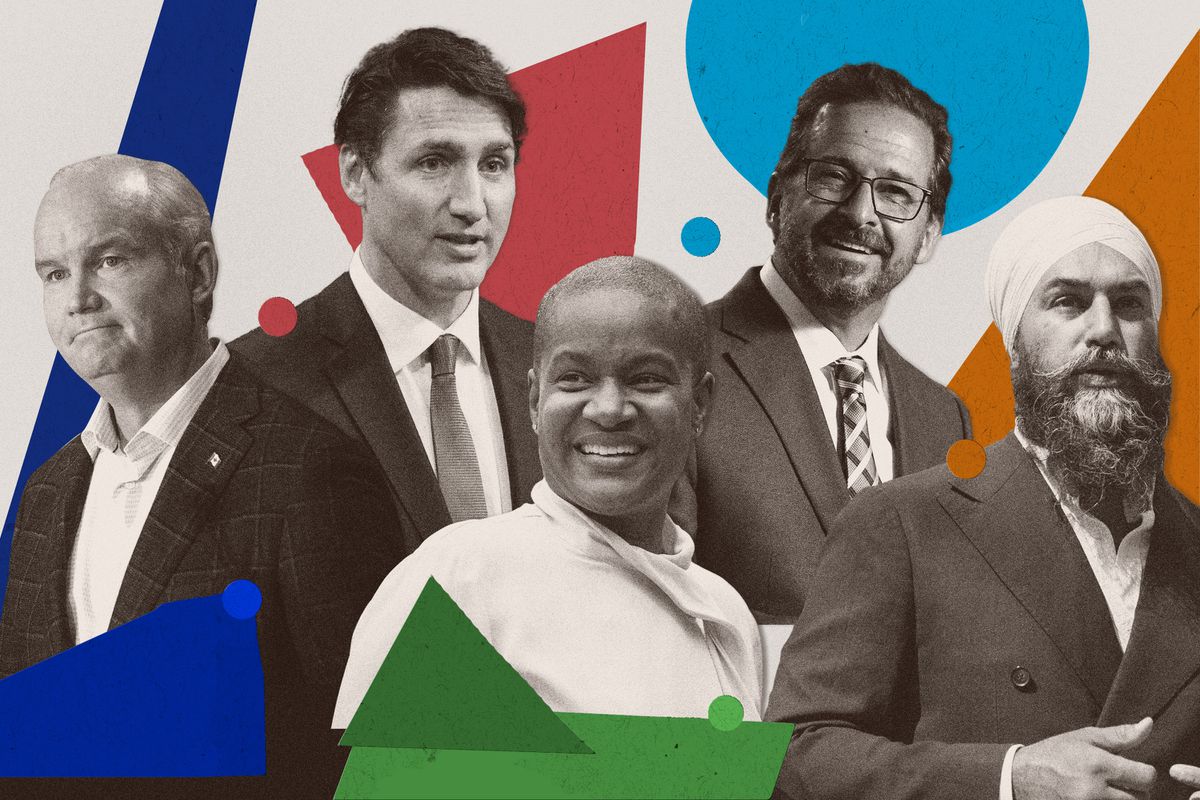 Election day is Sept. 20. Here’s what you need to know

Stay up to date on the campaign and its key issues with the latest news and tips on how Canada’s first pandemic federal election will work.

Follow the party leaders and where they stand on the issues this election campaign by signing up for our Morning or Evening Update newsletters. For subscribers only: Get exclusive political news and analysis by signing up for the Politics Briefing.