A house fire in Pikangikum First Nation in Northern Ontario claimed the lives of five-month-old Amber Strang and three generations of her family in March, 2016, and similar tragedies have been repeated since in Indigenous communities across the country.

But Indigenous Services Canada (ISC) said it doesn’t know exactly how many people have died in the past five years because First Nations are not required to provide fatality information to the department.

Indigenous leaders and policy experts say a fundamental legislative gap must be closed to prevent other fire-related deaths from happening and want federal party leaders, including during this federal election, to prioritize the life-and-death matter.

Experts say the crux of the issue is that provincial laws do not apply on reserve because of the federal lndian Act, resulting in a lack of sanctions. They say fire-inspection regimes are not uniform and vary from community to community, with the responsibility for fire protection falling to individual First Nations.

Amber’s tragic story is at the centre of a fire-safety campaign by Nishnawbe Aski Nation (NAN), an umbrella organization representing 49 First Nations in Northern Ontario, to prevent fatalities that devastate communities.

Alvin Fiddler, a member of Muskrat Dam First Nation who served as NAN’s Grand Chief until Aug. 11, said there is no federal legislation that ensures families are safe from fires. As a result, he said communities see devastating impacts including injuries, trauma and lives lost.

There must be a legislative framework that First Nations are part of drafting, he said.

Mr. Fiddler pointed to “staggering” findings released by the Ontario Chief Coroner’s Table in July that found First Nations children younger than 10 had the highest fire-related mortality rate in the province, which was 86 times greater than non-First Nations children in Ontario. The report said there were 55 fatal residential fires in Ontario First Nations between 2008 and 2017 and 21 of the victims in those blazes were under the age of 10.

“How can we allow that to continue?” Mr. Fiddler said, adding that the Ontario Coroner’s report must prompt urgent action. “The risk is too great of not doing anything.”

The report said that because of the Indian Act, the federal government is responsible for delivering services on reserve otherwise delivered by provinces off reserve. It said disputes between Ottawa and provincial governments over jurisdiction has “contributed to chronic underfunding and fragmented and inadequate services being delivered to Indigenous communities.”

“Indigenous communities may also experience jurisdictional neglect when it comes to the enforcement of building codes on reserves,” the report said. “Provincial building codes generally do not apply to on reserve construction projects.”

The report also cited issues related to fire deaths, including substandard housing, overcrowding, the prevalent use of wood stoves and a lack of a mechanism to enforce compliance with building and fire codes.

A Statistics Canada study, commissioned by The National Indigenous Fire Safety Council (NIFSC) Project and funded by ISC, also reported bleak statistics, including that Indigenous peoples across Canada are more than five times likelier to die in a fire than non-Indigenous people. The study said that the number increases to more than 10 times for First Nations people living on reserve and that Inuit are more than 17 times more likely to die in a fire.

When the findings were released this March, the NIFSC said in a news release that there is no national fire protection code that mandates fire safety standards or enforcement on reserves and that all other jurisdictions in Canada have established building and fire codes.

In a recent interview with The Globe and Mail, former Privy Council clerk Michael Wernick said more Indigenous children will die from fires in communities because of the lack of a legislative framework to provide enforceable building and fire codes in First Nations.

Mr. Wernick, who resigned from his role as the country’s top public servant in March, 2019, said the lack of sanctions results in serious consequences for First Nations. He also said he would have liked to have seen this pursued by both the Harper and Trudeau governments, but other issues were prioritized.

“If we want to do right by Indigenous children today, this is something that needs attention,” said Mr. Wernick, who was also a former deputy minister of the department of Aboriginal and Northern Affairs.

“Indigenous children on reserve will die horrible and preventable deaths because of the lack of protection from a legislative framework that provides enforceable building and fire codes on reserve.”

Local chiefs and councils have the authority to create by-laws to adopt provincial or national fire building codes for on-reserve infrastructure, ISC said. It added that it requires infrastructure built with government funding to comply with all relevant codes and standards, including fire and building codes.

“They can’t seriously be suggesting that all of the houses and buildings on reserve are up to code today,” Mr. Wernick said in response. “They have no mechanism for knowing the condition of buildings on reserve other than asking the First Nation to send a report to them.”

In every other part of Canada, enforceable building codes are in place, Mr. Wernick said, adding that it is also “kind of shocking” that the number of deaths caused by fires on First Nations are not known in Canada in 2021.

“That’s an appalling gap in our understanding of what is going on,” Mr. Wernick said.

A legislative framework can be created if there is will and some support from Indigenous political leadership, he added, saying one or more of the political parties needs to take up this issue and there is no reason for it to be a partisan matter.

Change would require an act of Parliament and the public-policy premise is people who live on reserve should have the same protections as other Canadians in the field of building codes and fire codes, Mr. Wernick said.

“A bill could be written and put through Parliament in a matter of months if the political will was there,” he said. “That gap could be closed within a year.”

The former clerk noted that a number of experts have been very clear on this issue, including the Canadian Association of Fire Chiefs and experts who testified before parliamentary committees.

In 2018, the House of Commons Indigenous and Northern Affairs committee released a report titled From the Ashes: Reimagining Fire Safety and Emergency Management in Indigenous Communities. The report highlighted issues, including the lack of building codes and fire codes that increase the risk of fire on reserve.

It also cited testimony from John Kiedrowski of the First Nations National Building Officers Association, who said First Nation communities lack a formal inspection system, and some sort of checks and balances regarding construction and renovations. He told the committee that the lack of standards can increase the risk of fire. 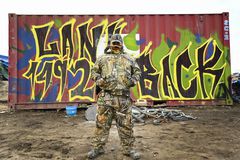 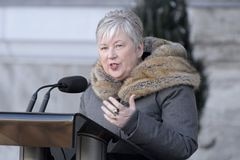 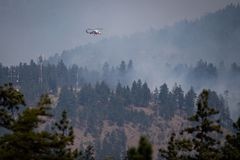 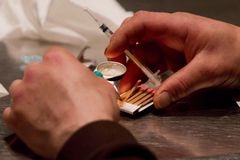