Indigenous Services Minister Marc Miller says he is not going to engage in finger pointing or proxy battles with provinces over federal legislation that comes into effect on Wednesday affirming the rights of First Nations, Inuit and Métis to exercise jurisdiction over child and family services.

The minister’s comments come after the Quebec government publicly stated it questioned the constitutionality of the legislation while other provinces have also raised jurisdictional concerns.

The federal government says the bill is a recognition of an inherent right for Indigenous people to care for their own children while the legislation also sets cross-Canada standards, such as the best interests of the child, to guide child and family services.

It has also been working on system reforms amid a legal process with the Canadian Human Rights Tribunal that found Ottawa has discriminated against Indigenous children living on reserve by failing to provide appropriate funding for child and family services.

On Dec. 19, Quebec Justice Minister Sonia LeBel announced, however, that her government would ask the Quebec Court of Appeal to rule on the constitutionality of the bill on grounds it exceeds Parliament’s jurisdiction under the Constitution.

The provincial government considers the legislation to be an appropriation of the province’s exclusive jurisdiction over social services and youth protection, it said in a statement, adding the law will likely cause significant difficulties in the organization of health and social services in Quebec when it comes into effect.

In a recent interview with The Globe and Mail, Mr. Miller said he is not going to engage in legal battles with Quebec, adding he does not want a discussion over Indigenous children to descend into a jurisdictional squabble between governments.

“The first people to pay for that are typically Indigenous children," Mr. Miller said. “I’m focused solely on that."

“I’ve made sure to underscore the fact that I will not be engaging in jurisdictional finger pointing," he said.

The law is designed to address how the current system is broken, Mr. Miller said, while he pointed to statistics from the 2016 census indicating Indigenous children represent more than 50 per cent of children in foster care homes while they only account for a little more than 7 per cent of the overall population.

“We want to fix this and make sure every child in Canada has the same shot in life,” Mr. Miller said.

Assembly of First Nations National Chief Perry Bellegarde is also urging Quebec not to challenge the constitutional legitimacy of C-92.

“In my opinion, they will lose,” Mr. Bellegarde told The Globe. “It is a waste of energy and time.”

Mr. Bellegarde said he would rather the Quebec government sat down with First Nations leaders to work out how to respect their jurisdiction over child welfare, adding discrimination exists within current provincial child-welfare systems.

In response to Quebec’s constitutional questions, the AFN’s Regional Chief for Quebec and Labrador Ghislain Picard also issued a blunt statement, saying he is “extremely disappointed but not surprised” by the “shameful” decision from François Legault’s government.

“The Legault government is well aware that the current child-welfare system does not work for First Nations children," he said.

“The provincial superiority complex persists and threatens to severely compromise services to our children and our families."

The federal government has also heard concerns levelled publicly by provinces including Manitoba, whose Families Minister Heather Stefanson wrote to Mr. Miller on Nov. 21 to say there are outstanding questions about a lack of communication and clarity about the legislation.

“Given the legislation will come into force in less than six weeks, I am concerned that we have received little additional detail on Canada’s plans regarding the act,” she wrote.

Mr. Miller said he has since spoken with Ms. Stefanson and other provincial counterparts about concerns, including the need for funding to build capacity for Indigenous communities.

Funds need to be allocated to ensure communities that want to pass laws that take precedence have the capacity to do so, he said, adding this is something his department is working on “intensely.”

Additional information about the legislation have been sent to provinces and communities, Mr. Miller added. 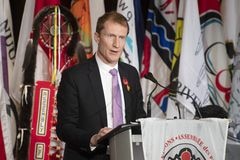 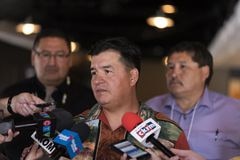 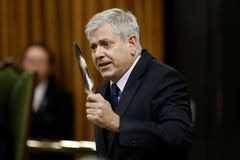