Scientists working at Canada’s highest-security infectious-disease laboratory have been collaborating with Chinese military researchers to study and conduct experiments on deadly pathogens.

Seven scientists in the special pathogens unit at the National Microbiology Laboratory (NML) in Winnipeg and Chinese military researchers have conducted experiments and co-authored six studies on infectious diseases such as Ebola, Lassa fever and Rift Valley fever. The publication dates of the studies range from early 2016 to early 2020.

The Globe and Mail has also learned that one of the Chinese researchers, Feihu Yan, from the People’s Liberation Army’s (PLA) Academy of Military Medical Sciences, worked for a period of time at the Winnipeg lab, a Level 4 facility equipped to handle some of the world’s deadliest diseases. This researcher is credited as a co-author on all six of the papers. However, on two of them, he is listed as being affiliated with both the Winnipeg lab and the military medical academy.

Two of the Winnipeg lab scientists, Xiangguo Qiu and her biologist husband, Keding Cheng, were fired in January of this year after the Canadian Security Intelligence Service, as The Globe reported last week, recommended that their security clearances be removed on national-security grounds. CSIS had also been concerned about the nature of information Dr. Qiu might have passed on to China’s Wuhan Institute of Virology.

Dr. Qiu, the former head of the Vaccine Development and Antiviral Therapies section at the Winnipeg lab’s Special Pathogens Program, co-authored five of the studies. Dr. Cheng participated in one study on Ebola.

Eric Morrissette, a spokesman for the Public Health Agency of Canada (PHAC), which oversees the Winnipeg lab, said the PLA researcher “did work with Dr. Qiu as indicated in the publications. However, the individual was not an employee of the National Microbiology Laboratory.”

Mr. Morrissette said all individuals working within NML undergo a security screening and must adhere to PHAC “security protocols, procedures and policies based on the level of access required.”

The Australian Strategic Policy Institute (ASPI), a think tank, has compiled a rating system to rank the risk that collaboration with Chinese universities might be “leveraged by the People’s Liberation Army or security agencies for surveillance, human-rights abuses or military purposes.”

ASPI rates the Academy of Military Medical Sciences as “very high risk” because it is the PLA’s premier institute for military science. The academy, which led the development of China’s coronavirus vaccine, oversees nine other research institutions in the country.

Andy Ellis, former CSIS assistant director of operations, said it is “madness” for the Public Health Agency of Canada to be co-operating with the PLA, which in recent years has ramped up its recruitment of scientists and invested heavily in medical research as part of its strategy to modernize its military.

“It is ill-advised. It is the top lab in Canada,” Mr. Ellis said in an interview. “It is just incredible naiveté on their part.”

Mr. Ellis said it is also astounding that PHAC allowed a PLA scientist into the Winnipeg lab that requires the highest-level security clearance to gain entry.

“We won’t let a Canadian in unless we have done a deep background check, but we let [someone] in that we don’t know anything about. It doesn’t make sense,” he added.

The Public Health Agency of Canada told The Globe in a statement that “collaborations with institutions outside of Canada is critical to advancing public-health research and science aimed at improving public health on a global scale.”

PHAC said no “new collaborations” on research projects have been initiated with China since the summer of 2019. All co-operation with the Wuhan Institute of Virology ended when Dr. Qiu, her husband and an unknown number of Dr. Qiu’s students had their security access revoked and were escorted from the Winnipeg lab on July 5, 2019.

Dr. Qiu won a Governor-General’s award in 2018 for her work on Ebola.

In March, 2019, the Winnipeg lab had shipped Ebola and Henipah viruses to the Wuhan institute. PHAC later described that as an effort by Canada to “foster global collaboration.” E-mails released under Access to Information legislation show that Dr. Qiu played an essential role in negotiating the shipments to the Wuhan facility.

PHAC maintains that the couple’s dismissal was unrelated to the transfer of the viruses. The Globe reported last week that CSIS became alarmed about the people Dr. Qiu was talking to in China and intellectual property that may have been handed over to Chinese authorities.

Attempts to reach Dr. Qiu and her husband, who live in Winnipeg, were unsuccessful.

PHAC said in a statement to The Globe that co-operation with China on “a few other scientific publications are still under development based on completed experiments,” which could take months or even years to publish.

The federal government has said little publicly about the reasons for Dr. Qiu’s and Dr. Cheng’s dismissal although the RCMP were called in to investigate.

James Giordano, a professor in the departments of neurology and biochemistry at Georgetown University and a senior fellow in biowarfare and biosecurity at the U.S. Naval War College, said he assumes research conducted by any academic working in China is available for use by Beijing for military or defence purposes.

He said China is interested in developing new bioweapons, but also to furthering the capacity for what he calls “heroic rescue,” where Beijing is able to “ride in like a white knight” and offer other countries treatments or cures for diseases that threaten their population and increase its international influence.

Prof. Giordano said China is particularly interested in modifying pathogens to create a novel organism that is not listed – and therefore not regulated – in the international Biological and Toxin Weapons Convention. 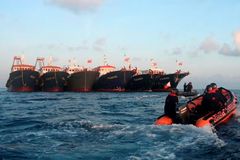 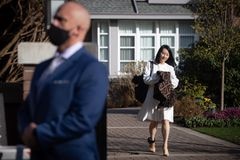 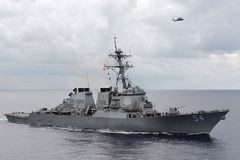