The Canada Infrastructure Bank is refusing to disclose bonuses paid to executives despite a unanimous vote by MPs on a House of Commons committee calling for the amounts to be revealed.

Members of Parliament on the standing committee on transport, infrastructure and communities, including Liberal MPs, voted 11-0 on March 23 in support of a motion requesting that the bank “file all documents detailing the bonus policies and payment of bonuses to executives and the board of directors since the bank’s inception.”

The focus of the committee’s discussion that day was on the fact that the bank’s annual reports provide high-level financial information, but do not disclose the specific amounts that are being paid to senior managers.

Infrastructure Bank unlikely to spend even half of its $35-billion budget over 11-year mandate: PBO

Last Wednesday, a week after the House of Commons adjourned for summer, MPs on the committee received 157 pages of documents from the Canada Infrastructure Bank (CIB) in response to the motion. Some of the documents sent to MPs are redacted and the released material does not reveal how much each of the senior managers are paid in bonuses.

Instead, the documents outline the bank’s broad guidelines and formulas for executive compensation. Much of that material has previously been made public.

The Liberal government created the CIB in 2017 as a Crown corporation with a $35-billion budget and a mandate to support projects that are in the public interest and that attract outside investment from large institutional investors, such as pension funds.

The exchange between the transport committee and the CIB is one of several continuing battles between the minority Parliament and the government over motions to turn over documents. In one case, the Liberal government is taking the House of Commons Speaker to court in an effort to prevent the release of uncensored documents that MPs requested in relation to the firing of two scientists from Canada’s top infectious-disease laboratory.

NDP MP Taylor Bachrach, who authored the committee motion, said Wednesday that the bank’s response is another example of how the government refuses to be transparent in response to requests from Parliament.

“It’s disappointing but it’s not surprising because we’ve seen a pattern over the course of the past year or more of this Parliament in which parliamentary committees exercise their powers to order documents, and when those documents show up, they often contain hundreds and hundreds of pages of extraneous stuff and exclude the answers to the questions we have,” he said in an interview.

“Performance bonuses are usually given for performance, and this is an organization that hasn’t been performing since its inception. So if that doesn’t raise eyebrows, I don’t know what would.”

Conservative infrastructure critic Andrew Scheer has written a letter to Infrastructure Minister Catherine McKenna asking her to ensure the CIB complies with the committee’s motion.

“It is appalling that the Liberals are ignoring the call for transparency and openness about the millions of dollars they approved for big-shot executives,” Mr. Scheer said in a statement Wednesday. “The CIB was ordered to disclose the payments of those bonuses, yet they refused. ... The fact that these executives got any bonuses is a scandal. The bank has completed zero projects in four years and has lost millions in operating expenses.”

A spokesperson for Ms. McKenna referred questions about the issue to the CIB.

“That said, the CIB does not disclose individual compensation received by the CEO and employees, due to competitive and privacy considerations,” he said, adding that the bank’s policy is in line with other Crown corporations and Treasury Board guidelines.

The CIB has experienced significant turnover among its senior ranks.

The bank’s annual report for 2019-20 revealed that the organization paid out more than $3.8-million in “termination benefits” to senior managers, which was higher than the total budget of $3.4-million for salaries and benefits for senior managers.

Unlike some provincial governments, there is no federal “sunshine list” that discloses the specific, total amounts paid each year to senior federal public servants. According to base salary and maximum potential bonuses, the CEO of the CIB, Ehren Cory, is among the highest-paid officials in the federal government.

The government appointed Mr. Cory as the bank’s second CEO in October. He replaced the bank’s first chief, Pierre Lavallée.

The current CEO pay is $600,000 in annual salary and performance pay of up to 50 per cent of salary for the first three years, increasing to a total compensation cap of $1.65-million in the fourth year.

At the time of Mr. Cory’s appointment, the government announced that cap would replace the earlier maximum annual compensation, which had been set at $2.8-million.

Opinion
The case for a rethink of how Canada is retrofitting its buildings
Subscriber content
June 23, 2021 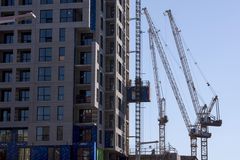 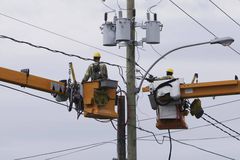