Via Rail has long promoted its “High Frequency Rail” plan as a way to increase the speed, number of trips and reliability of passenger rail in its busiest corridor. Transport Canada and the infrastructure bank pledged a combined $71.1-million last year for “preprocurement” work ahead of a final cabinet decision on whether to support the project, which could cost between $4-billion and $6-billion depending on whether the line is built to run trains using electric power.

“There’s tremendous progress being made,” John Casola, the bank’s chief investment officer, told a committee of MPs Monday. “The team is working extremely hard, working with external world-class engineering firms, and is quickly narrowing down several alignment options, route options. All of those come with different studies that are necessary. [We’re] going to start consultations in the next month or two with all of the affected groups along the various alignments.”

Mr. Casola said the bank is working to produce reliable cost and ridership estimates as well as options for including private investment.

“We hope to have some good advice for the government by the end of the calendar year,” he said.

Mr. Casola was one of three infrastructure bank officials – along with chief financial officer Annie Ropar and David Morley, who leads the bank’s corporate affairs, policy and communications division – to appear by videoconference before the House of Commons finance committee.

The Liberal government created the Canada Infrastructure Bank through legislation in 2017 with a $35-billion budget. The bank’s mandate is to help structure large infrastructure projects so that they encourage investment from large institutional investors, such as pension funds.

However the bank’s announced investments to date amount to less than $4-billion of its original budget, fuelling criticism that it has been slow to act. Earlier this year, the federal government announced the departure of the bank’s top two officials – board chair Janice Fukakusa and chief executive officer Pierre Lavallée.

Ms. Fukakusa was replaced replaced by Michael Sabia, a former president and CEO of Caisse de dépôt et placement du Québec, a public pension fund that is already working with the infrastructure bank to build a new light-rail line in Montreal.

Conservative, NDP and Bloc Québécois MPs criticized the high turnover at the bank’s highest levels and questioned the officials Monday as to why the bank does not release the specific amounts paid in bonuses to bank executives.

The CEO position at the bank is among the highest paying jobs in the federal public service. Maximum compensation, including salary and bonuses, starts at $1.5-million a year and climbs to $2.8-million by the fifth year.

Ms. Ropar said bonus compensation for bank executives is only disclosed as a collective total and not by individual executive.

“That is really unfortunate and it’s a serious lack of transparency,” said Conservative MP Pierre Poilievre.

In an interview with The Globe and Mail last month, Mr. Sabia said the bank was moving as quickly as possible to find a new permanent CEO. He also said the bank “can and should play a constructive role” in presenting projects that can help relaunch and stimulate the Canadian economy as it recovers from the COVID-19 pandemic.

Ms. Ropar repeated that plan Monday. “We are definitely taking a look at what we can do, more broadly speaking, in terms of just accelerating anything we can do in our pipeline,” she said.

Federal Infrastructure Minister Catherine McKenna has said the Canada Infrastructure Bank will play an important role in stimulating the Canadian economy following the widespread shutdowns and disruptions caused by COVID-19.

Via Rail to require passengers to wear face masks as of Tuesday
June 19, 2020 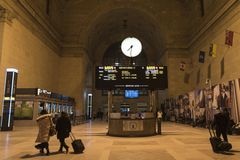 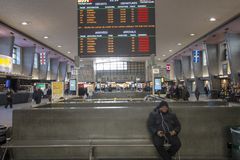 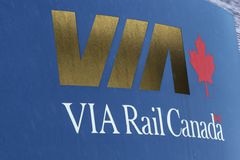