Infrastructure Minister François-Philippe Champagne intervened in a decision by the Canada Infrastructure Bank’s independent board regarding the performance pay of the bank’s CEO, according to documents obtained by The Globe and Mail.

The documents show that, rather than accepting the board’s recommendations, the minister applied his own “broader criteria” to assess Pierre Lavallée’s performance.

How that intervention affected the chief executive’s total compensation – if at all – is a matter of cabinet confidentiality, according to the government.

The cabinet set the salary range for the CEO position at $510,000 to $600,000 and also approved a regime of performance bonuses that would bring his maximum compensation to $1.5-million in the first year and up to $2.8-million by the fifth year.

The bank has come under fire for a lack of accomplishments and has faced questions from the start about its independence. The Liberal government created the CIB as an arm’s-length Crown corporation and provided it with a $35-billion budget over 10 years. Its mandate is to attract large institutional investors such as pension funds to support Canadian projects, but it has awarded just a little more than $3-billion in funding and loans to date.

Its protection from political interference was a key point of debate in 2017, when the government passed the Canada Infrastructure Bank Act as part of an omnibus budget bill. The government did not accept the advice of experts such as pension executive Andrew Claerhout, who recommended a governance structure similar to that of the Canada Pension Plan Investment Board, which provides more independence for its board and CEO.

Citing privacy reasons, the bank and government officials refused to reveal the specific compensation paid to Mr. Lavallée and his senior staff. However, The Globe confirmed key details about the bank’s payroll by obtaining hundreds of pages of internal documents through Access to Information requests, as well as by reviewing the bank’s corporate plans and meeting with Mr. Lavallée for an in-depth interview. The bank spent $3.9-million in compensation on its 40 employees over the first three months of the current fiscal year.

The bank’s board is responsible for reviewing the CEO’s performance and making a recommendation on bonus pay to the minister, who then brings the matter to cabinet for final approval.

Letters and e-mails obtained by The Globe show that board chair Janice Fukakusa wrote to Mr. Champagne on July 4 – and again to his office on July 8 – documenting that the minister had decided to assess the CEO’s performance based on conditions that went beyond the board’s initial advice.

“Having received the board’s recommendation on Mr. Lavallée’s performance, I understand that you may wish to also take into account broader criteria and perspectives related to the CIB’s performance during the performance cycle with regards to your advice provided to the Governor in Council,” Ms. Fukakusa wrote, using the formal term for a cabinet decision.

Four days later, she followed up with an e-mail to Joseph Pickerill, Mr. Champagne’s chief of staff, and copied Frederic Duguay, the bank’s legal counsel.

“To confirm, the letter reflects the board’s performance assessment based on the metrics agreed to. It is our understanding that the [minister’s recommendation to cabinet] will be based on a broader assessment by the minister,” she wrote.

Privy Council Office rules state that a minister can choose to disagree with a Crown board’s recommendation for CEO compensation.

Neither the bank nor the minister’s office would provide a full explanation of the minister’s intervention. His office would not say whether Mr. Champagne’s involvement led to Mr. Lavallée receiving more, less or the same pay than originally recommended by the board. Brook Simpson, a spokesman for the minister, said the issue “is a matter of cabinet confidence.”

Mr. Simpson also said the minister’s actions comply with the legislation that created the bank.

“The CIB is a Crown corporation, independent in its investment decision-making,” he said in a statement. “This should not be taken to mean that it is independent from Parliament and public accountability.”

The Auditor-General’s Office has previously urged Ottawa to be more transparent about executive compensation at Crown corporations and to clarify the appropriate role for ministers responsible for such organizations.

Janice MacKinnon, a former Saskatchewan finance minister and University of Saskatchewan professor who recently led an independent spending review for the Alberta government, said Mr. Champagne’s actions appear to justify the concerns of those who warned the bank needed more independence.

“They should not have gone down that road, because it can confirm fears that the government will be inserting itself into administrative decisions,” she said. “If you can interfere with the compensation of the CEO – in a specific case, not just in a general policy sense – then are you going to be interfering in other ways?”

Ms. MacKinnon said Mr. Champagne should explain why he got involved and to what end.

But former Ontario Teachers’ Pension Plan CEO Jim Leech, who served as a federal adviser when the bank was created, said such fears are unfounded, arguing that the minister is meant to have a role in protecting taxpayer dollars. “I don’t think it’s terribly unusual," he said. “It’s not bad to have a check.”

The board’s interactions with the minister took place in the same month that one of the CEO’s top recruits – Nicholas Hann – resigned from the bank after just 10 months as head of investments. Mr. Hann made public comments to The Globe that were viewed by some in the industry as a thinly veiled criticism of Mr. Lavallée’s leadership.

Documents obtained by The Globe show that setting executive compensation and bonus terms – as well as determining performance pay – has been a frequent topic of internal meetings at the bank over the past year.

The federal government does not produce an equivalent of the “sunshine lists” published by several provinces, so it is not possible to know the exact pay of the bank’s CEO and senior executives.

The bank does disclose quarterly totals for compensation, which can provide a rough indication of pay levels. The $3.9-million it paid its 40 employees over the quarter ended June 30 works out to annual pay of about $392,000 a head – which suggests several people at the bank are receiving more than $400,000 a year in compensation.

Mr. Lavallée became the CIB’s first CEO in 2018, after working as the senior managing director and global head of investment partnerships at the Canada Pension Plan Investment Board. The CPPIB’s annual report said he was paid $3.6-million in 2018.

In an interview, he defended the bank’s compensation levels and said the new Crown corporation is not trying to outspend large pension funds in the hunt for top talent.

“I took a big pay cut from what I used to earn at CPPIB,” he said. “So I did that not for the money. I did it because I think it’s an important new institution … one that, 10 years from now, hopefully people will look at around the world the way that people today look at the Canadian model of pension plan investment management as a model that they try to emulate.”

The interview took place before The Globe obtained the documents indicating Mr. Champagne’s intervention in the matter of the CEO’s performance pay .

Mr. Lavallée said average compensation levels at new organizations are high initially and decline over time, as senior executives with comparatively high pay packages are hired first. As more junior positions are filled at lower salaries, he said, the average salary will eventually come down.

The CEO said the bank aims to offer salaries and bonuses that are in line with market averages for comparable jobs, adding that a third-party group advises the bank on market rates. 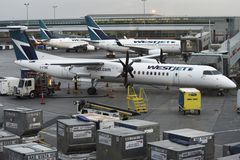 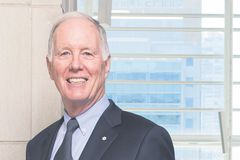