Michael Wernick, in a remarkably partisan display for someone who is supposed to be a neutral public servant, tried to make the case for the Trudeau government’s defence in the SNC-Lavalin affair, Thursday. Instead, he may have sealed the case for the prosecution.

The Clerk of the Privy Council wanted to prove that Jody Wilson-Raybould was wrong to claim she was pressed to override the prosecution of the Quebec-based engineering giant when she was attorney-general.

The Clerk of the Privy Council may be the most powerful person in Canada that most people never hear of. As head of the federal public service and deputy minister to the prime minister, he or she operates in the background, advising the PM, liaising between politicians and public servants, generally trying to ensure that things run as smoothly as possible. When people talk about “the Centre,” they are talking about the Prime Minister’s Office and the Privy Council Office, in tandem.

Mr. Trudeau chose Mr. Wernick – who has decades of experience in the federal bureaucracy, most recently as deputy minister in what was then Indian and Northern Affairs – to be his clerk soon after becoming prime minister. Mr. Wernick, in turn, offered a robust defence of the Trudeau government before the justice committee.

Last September, the director of the Office of Public Prosecutions decided to proceed with corruption charges against SNC-Lavalin, despite relentless lobbying by the company, which sought a deferred-prosecution agreement that would effectively have let the company off the criminal hook. Only the attorney-general could override the director’s decision.

Mr. Wernick confirmed that Prime Minister Justin Trudeau had discussed the matter with Ms. Wilson-Raybould after the decision to lay charges had already been made.

The Prime Minister’s advisers also discussed the matter with her and her staff. And on Dec. 19, in a phone call with the then-attorney-general, Mr. Wernick raised the issue himself.

In all of those conversations, “there was no inappropriate pressure put on the minister at any time,” Mr. Wernick insisted.

The Clerk acknowledged that in his phone call he told Ms. Wilson-Raybould that Mr. Trudeau was “quite anxious” about the possible economic consequences if SNC-Lavalin were found guilty.

In a scrum with reporters after he testified, Mr. Wernick outlined those concerns in detail. “The board of the company had to look at its options,” he said. "Its share price had tanked.” The board might decide to “close, sell” the company, and “that would have consequences for 9,000 Canadians, plus the suppliers, plus the pensioners, plus all the communities in which the company’s active. So it’s a decision with consequences.”

If someone at work warned you of the dire consequences of a decision you were about to make, but then insisted it was your call, would you feel you were under pressure?

Speaking before the committee, the Clerk maintained that his warning was “within the boundaries of what’s lawful and appropriate. I was informing the minister of context. She may have another view of the conversation.”

Mr. Wernick seems to think that this is a case of he said/she said. But these days we generally give greater credence to the impact on the victim than to the professed intent of the accused. I may claim I only gave someone a playful shove, but if they believe I was bullying them, then I was bullying them.

At times, the intensity of Mr. Wernick’s support for the government was eyebrow-raising. “I want to say on the record there is no Canadian who has worked harder on Indigenous reconciliation than the Hon. Carolyn Bennett,” he protested, “and she deserves better from the social media trolls.” The Minister of Crown-Indigenous Relations is not involved in this controversy.

He also decried the debasement of political discourse in Canada, especially in social media. “I’m worried that somebody’s going to be shot in this country this year during the political campaign,” he told the committee.

Fear of violence during an election campaign is always real, but Mr. Wernick is describing American, not Canadian, political culture.

There will be plenty of questions for Ms. Wilson-Raybould next week when she offers her own version of events to the committee. For example, if she felt she was facing pressure to override the decision to prosecute, why didn’t she protest, or even resign?

But if the Clerk’s intent was to convince us that no one applied pressure to the former attorney-general on the SNC-Lavalin prosecution, he failed utterly.

After that testimony, believing that Mr. Wernick could intimidate you seemed to be the easiest thing in the world. 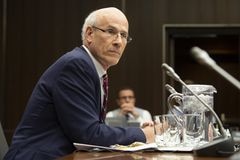 New justice minister says it would have been appropriate for PMO to discuss SNC-Lavalin with Wilson-Raybould
Subscriber content
February 21, 2019 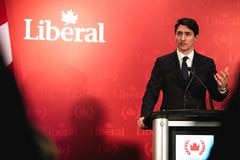 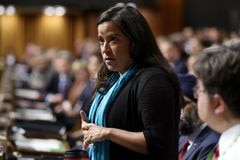