Cameron Ortis did not speak at length with the RCMP officers who arrested him last week, declining to co-operate with his colleagues who are investigating an alleged security breach inside the national police force, government officials said.

Mr. Ortis remains an RCMP employee. At the time of his arrest on Thursday of last week, he was the director-general of the organization’s National Intelligence Co-ordination Centre and had access to domestic and international databases containing classified information on police operations.

The RCMP laid seven charges against the 47-year-old civilian employee Friday as part of an investigation into an alleged mole inside the police force.

The RCMP attempted to engage in meaningful exchanges with Mr. Ortis after his arrest and before the laying of the charges, but the investigators did not succeed, the officials said.

To this point, the RCMP has not been able to determine the scope of an alleged leak of classified information and the extent of any damage caused to law-enforcement agencies in Canada and abroad, the officials said. They added that much of the material seized in recent weeks at Mr. Ortis’s residence has yet to be analyzed by police.

The Globe and Mail is keeping the officials’ names confidential because they were not allowed to speak publicly about the matter, which is before the court.

Mr. Ortis appeared in court via video link last Friday, but has yet to enter a plea. He is scheduled to make a second court appearance on Friday.

One of Mr. Ortis’s lawyers on the matter is David Porter, a partner at the Toronto offices of McCarthy Tétrault. Mr. Porter is the head of the firm’s white-collar defence and investigations practice, and he is specialized in criminal defence and professional disciplinary tribunals.

Mr. Ortis’s co-counsel will be Ian Carter, who is a partner at Bayne Sellar Ertel Carter in Ottawa. Mr. Porter and Mr. Carter did not respond to requests for comment.

According to court documents, the RCMP is alleging that Mr. Ortis communicated special operational information and prepared information for the purpose of communicating with a foreign entity or terrorist group.

RCMP Commissioner Brenda Lucki said Tuesday that the RCMP is working with Canadian and international agencies affected by the alleged leak, including the other countries in the intelligence-sharing network known as the Five Eyes – the United States, Britain, Australia and New Zealand.

So far, she said, allies have not imposed restrictions on the information they share with the RCMP over fears of a continuing security breach.

“Right now, there is great support from those communities, both in Canada and abroad. … But until we know what we’re dealing with specifically, our risk assessment is fluid and the measure of severity of such an event is fluid as well,” she said.

Commissioner Lucki declined to speculate on the motive for the alleged leak or who stood to receive the information.

However, she confirmed that the investigation into Mr. Ortis started in 2018 as part of a joint operation with the FBI in another matter.

“During that investigation, we came across certain documents that led us to believe that there might be some internal corruption," she said.

Another federal official has told The Globe that the suspicious documents were found on a laptop seized by American authorities in March, 2018, from Vincent Ramos. The Vancouver-area businessman was sentenced to nine years in prison earlier this year in the U.S. after pleading guilty to racketeering and conspiring to distribute narcotics.

Once the Mounties looked at Mr. Ramos’s computer and found the suspicious internal document, they created a list of RCMP personnel who could have been responsible for the alleged security breach. The probe was code-named “Project Ace.”

The official said that Mr. Ortis was identified as a suspect in the leak last May, and that the Mounties obtained judicial authorizations in late August to search his residence in Ottawa. RCMP investigators have been looking at information seized at Mr. Ortis’s residence in recent weeks, but much of the material has yet to be analyzed, officials said. 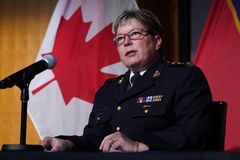 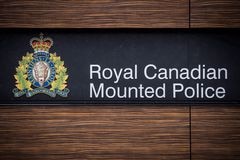