Steven ChaseSenior parliamentary reporter
Published May 27, 2021 Updated May 27, 2021
Comments
Text Size
Please log in to listen to this story. Also available in French and Mandarin. Log In Create Free Account

Iranian authorities have engaged in a campaign of harassment and abuse against the families of those killed when Ukraine International Airlines Flight 752 was shot down by the military in Tehran last year, a new report says.

All 167 passengers and nine crew, including 55 Canadian citizens, 30 permanent residents and 53 others who were travelling to Canada via Kyiv, were killed on Jan. 8, 2020, when Flight 752 was struck by Iranian missiles shortly after takeoff.

Human Rights Watch, an international research and advocacy group, said it has documented a pattern of intimidation and mistreatment of the victims’ families in Iran since the disaster, designed to stop relatives from speaking to foreign media and to curtail efforts to hold the Iranian government accountable.

Iranian authorities have also put pressure on families to have Flight 752 victims designated as martyrs, a title normally given to those who “sacrifice their lives in defending grand goals of Islam and Islamic revolution,” Human Rights Watch said.

Families told Human Rights Watch that Iranian authorities’ efforts to portray the dead as martyrs “was a way for the state to assert control over the process of memorializing victims and to distract people from calls for accountability.”

The rights group interviewed 31 family members of Flight 752 victims as well as others with direct knowledge of Tehran’s treatment of relatives. They are not revealing the identities of those they talked to, to protect against possible reprisals.

Iran later admitted that the flight had been shot down by its air-defence systems, which were on high alert because of heightened tensions with the U.S.

The final report of Iran’s civil aviation authority blamed human error for the incident. The report was rejected by Ottawa as incomplete. It made no attempt “to answer critical questions about what truly happened” and it lacks “hard facts or evidence,” Marc Garneau, Minister of Foreign Affairs, and Omar Alghabra, Minister of Transport, said in a joint statement in March.

More than half the family members interviewed by Human Rights Watch recounted how Iranian authorities warned them against speaking to foreign media about the tragedy, targeted them for surveillance or interrogated them following memorial services in Iran for the victims. In some cases, authorities filmed the services.

Security agencies summoned people for questioning and interrogated them and in some cases threatened to prosecute family members who criticized the Iranian government’s handling of the incident, the report said.

“In at least one case, authorities tortured and otherwise mistreated a family member taken in custody,” Human Rights Watch said in its report.

In at least three cases, the report said, Iranian security threatened family members with retribution if they failed to remove social-media commentary critical of the government or persisted in posting such criticism.

In one already reported case, Javad Soleimani, a graduate student from Iran at the University of Alberta’s school of business, whose his wife, Elnaz Nabiyi, died on Flight 752, was summoned for questioning, Human Rights Watch said. The Intelligence Ministry in the city of Zanjan asked to speak to him after he made critical remarks during a memorial service for his wife.

Several family members told Human Rights Watch they were ordered by authorities to delete photos they had snapped at memorial ceremonies in Iran. In some cases, they were ordered to disperse after gathering for vigils.

Twenty-one people told the rights group that Iranian authorities interfered with memorial and funeral services in Iran, ranging from plainclothes officers monitoring and photographing the ceremonies to soldiers participating in the burial rituals without the families’ consent.

One family member told Human Rights Watch that more than 10 members of the local revolutionary guards arrived at a private burial and carried the casket and performed the service without asking relatives for approval. Two other family members said local authorities withheld the bodies of their loved ones, organized state-controlled public ceremonies and buried the bodies in places of their choosing.

Family members said in all cases Iranian authorities proposed to bury Flight 752 victims in the section of cemeteries designated for “martyrs.” When families refused, authorities in at least six cases pressured them to relent. In some cases, authorities marked the graves as “martyrs” even after families opposed this.

One family member said members of the local Basij group, a Revolutionary Guard-controlled paramilitary force, showed up at their house in Iran to congratulate them for the “martyrdom” of their relative. “This brought the family considerable pain because they did not share the sense that their loved one had died for a cause,” Human Rights Watch said.

In April, Iranian authorities announced they had indicted 10 people for their role in the Flight 752 missile attack, but did not provide any information about their identities, ranks or the charges against them, the rights group said.

Families of Flight 752 victims have repeatedly said they are unable to secure details of the criminal investigation into the matter, it said.

“Rather than attempting to regain people’s trust through a transparent investigation and redress for the families, the authorities are again silencing accountability efforts,” Human Rights Watch’s Mr. Page said.

Ottawa opens door to permanent residence in Canada for families of air-disaster victims
May 13, 2021 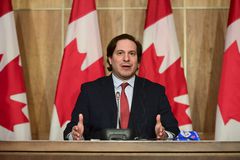 Canada announces new pathway to permanent residency for families of victims of Flights 752 and 302
May 13, 2021 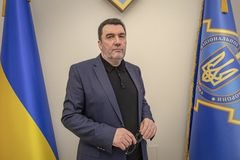