An Iranian man who resides in Montreal has been charged in the United States for allegedly exporting lab equipment to Iran of the kind that can be used in nuclear-weapons development.

Reza Sarhangpour Kafrani, a.k.a. Reza Sarhang, 46, was indicted by a grand jury in the U.S. District Court for the District of Columbia and charged with two counts of violations of the U.S. International Emergency Economic Powers Act (IEEPA), one count of conspiracy, six counts of money laundering and one count of causing a failure to submit export information.

Mr. Kafrani will be arraigned on the charges on a date to be determined by the court, the U.S. Justice Department said in a press release.

Also charged was Seyed Reza Mirnezami, a dual citizen of both Canada and Iran who lived in Iran and is affiliated with Tehran’s Sharif University of Technology, says the court filing, dated July 30.

The indictment of the pair is the product of years of investigation by U.S. and Canadian authorities including intelligence-gathering efforts by Canada Border Services Agency.

According to court documents, over the course of several months in 2016, Mr. Kafrani and Mr. Mirnezami purchased three mass spectrometers and other gear for US$110,739 from a U.S. company and had the goods shipped to Canada. Upon arrival, they used a Canadian-based shipping company to re-export the equipment to the United Arab Emirates. From there, they hired a UAE-based company to ship the items to Iran.

The U.S., Canada and many other Western countries restrict the export to Iran of equipment that can be used to develop nuclear weapons.

“Mass spectrometers can be used to monitor the performance of uranium enrichment,” Channing Phillips, the acting U.S. Attorney for the District of Columbia, wrote in the indictment. “In particular they allow those enriching uranium to determine the level of enrichment, which is an essential part of enriching uranium for nuclear power and weaponization efforts.”

The alleged shipments occurred after the 2015 deal struck by former U.S. president Barack Obama and other foreign leaders to lift sanctions on Iran imposed by the U.S., European Union and United Nations in return for Tehran agreeing to long-term curbs on a nuclear program that the West has suspected was aimed at creating a nuclear bomb.

Former president Donald Trump later withdrew the U.S. from the deal and, in early July, the UN’s atomic watchdog said Iran has begun the process of producing enriched uranium metal.

The court filing suggests the men were aware of the heavy restrictions on exports to Iran. It says in late 2015 one of them e-mailed the other a link to a news report about “Montreal men accused of illegally exporting railway equipment to Iran” along with a note in Persian stating “This is dangerous! We have to talk.”

They also allegedly negotiated by e-mail with a U.S. company, not identified in the indictment, to purchase mass spectrometry instruments that they said would be exported to Canada. At one point, the indictment says, Mr. Kafrani asked the company representative if associated installation costs would be the same for the Middle East. The company official warned them off, saying “You know there are sanctions in place for Iran. I thought this equipment was going to Montreal … Thanks for wasting my time.”

According to the indictment, the men then tried to obtain export licences from the U.S. Treasury Department’s Office of Foreign Assets Control to legally export the lab equipment to Iran, but these licences were never granted.

The conduct alleged by the U.S. would also mean that the men violated Canada’s export-control laws.

It’s not the first time that the U.S. has prosecuted cases with Canadian ties and alleged illegal exports to Iran.

“We often cede it to the Americans because the Canadian government hasn’t allocated the resources to pursue export-control violators,” she said. “On the other hand, the U.S. Department of Justice is fully funded and they are more than happy to pursue nationals of other jurisdictions.”

She said some would-be export lawbreakers gamble on the fact that small or medium-sized Canadian businesses may not be familiar with export law. 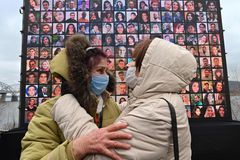 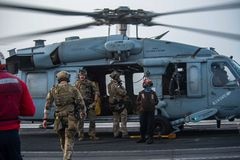