A senior Israeli intelligence official is in Ottawa seeking Canada’s support for efforts by Israel and the United States to force Iran to renegotiate its nuclear deal.

Chagai Tzuriel, the director-general at the Ministry of Intelligence, briefed officials from Global Affairs and the Privy Council Office on Israel’s claims that Iran is deceiving the world about its nuclear ambitions.

“Of course, I want Canada to support the Israeli position,” Mr. Tzuriel said in an interview with The Globe and Mail on Tuesday. “With what I know, I am extremely worried about the Iranian plans. Anything you can imagine, add 25 per cent.

In a televised address on Monday, Israeli Prime Minister Benjamin Netanyahu produced what he said were 55,000 pages and 183 CDs detailing an Iranian project to build nuclear weapons that was reported to have been mothballed 15 years ago. Tehran had said it had never sought to build a nuclear bomb when it signed an agreement to curb nuclear activity in 2015.

Mr. Tzuriel would not say whether officials from the PCO or Global Affairs shared the Israeli viewpoint, but a diplomatic source said the Canadians were non-committal about joining the U.S. and Israeli plan to exert maximum pressure on Iran to renegotiate the deal.

Israel’s envoy to Canada, Nimrod Barkan, plans to release a letter on Wednesday calling on the the International Atomic Energy Agency to investigate the Iranian documents obtained by the Israelis.

“This is a clear violation of another obligation in the Agreement – which calls for the elimination, not the suspension, of Iran’s weaponization program,” Mr. Barkan wrote in the letter, which was provided to The Globe.

Although Mr. Netanyahu’s presentation contained no hard evidence that Iran violated the deal after signing it, U.S. President Donald Trump responded with a threat to pull out of the pact as a May 12 deadline approaches.

A former senior member of Israel’s Mossad, Mr. Tzuriel said he believes Mr. Trump’s threat to cancel the deal and destroy Iran’s nuclear program can bring pressure on Tehran to return to the negotiating table – just as his threats prompted North Korean leader Kim Jong-un to pledge to give up his nuclear program.

“If indeed President Trump’s approach, which combines sanctions and a willingness to use force, was effective vis-à-vis bringing North Korea to where it is at today ... then if that works there, that puts them in a better position to deal with the Iranians,” he said.

Canada and other U.S. allies such as Germany, France and Great Britain have said the agreement should be maintained, arguing that Iran has abided by it and is moving to reduce its capacity to produce weapons-grade uranium.

In recent days, French President Emmanuel Macron and German Chancellor Angela Merkel have visited the White House in an attempt to persuade Mr. Trump to maintain the nuclear deal.

Mr. Netanyahu’s speech came after Israel launched air strikes in Syria on Sunday that were reported to have destroyed in 200 missiles and killed 11 Iranians.

Mr. Tzuriel said Iran is establishing itself militarily in Syria and that Israel will use force to stop that, even if it has to go to war. He said Israel cannot allow Iran to send sophisticated weapons to Hezbollah in Lebanon or to establish bases for air-to-air missiles in that country.

“The most immediate strategic threat and the one we should concentrate on just as much [as Iran’s nuclear program] is what we call Iran in Syria,” he said. “We are completely resolved to not allow them to do that. That is like two trains travelling toward each other and therefore the probability of escalation is high.”

Israel is not asking Canada to contribute special forces in Syria as the Americans are doing, but Mr. Tzuriel said it needs to help bring stability to a country in the grips of a seven-year-old civil war that has killed 400,000 and displaced millions of people.

“Western involvement − it doesn’t have to be military, it can be political or economic − in our region and in the Syrian political processes that is taking place is, my opinion, extremely important, making sure we are having influence in shaping Syria.”

Editor’s note: An earlier version of this story said a senior Israeli intelligence official met with representatives from the Prime Minister’s Office. In fact, he met with officials from the Privy Council Office. This is a corrected version. 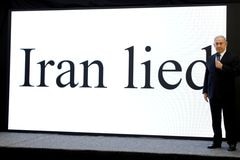 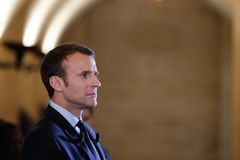 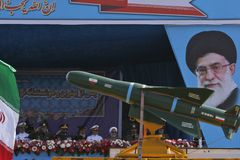