Mark down June 25, 2020 as Justin Trudeau’s WE-Day. It was the day the Prime Minister’s pandemic-crisis leadership was diverted from the successful rhythm of daily press conferences and crisis-cash announcements.

That was the day that Mr. Trudeau made a surprising announcement that WE Charity – an organization for which Mr. Trudeau and his wife, Sophie Grégoire Trudeau, act as spokespersons – was being tapped to run a $900-million program recruiting student volunteers and giving them grants of $1,000 to $5,000.

What’s strange is that the PM seemed to think it was odd or unfair that anyone was asking questions about how this arrangement came to be, how the whole thing is going to work, and – now that you’ve made us think about it – whether the whole program was really such a good idea.

It takes a peculiar form of hubris for a prime minister to become enmeshed in political controversy through their dealings with charities, but Mr. Trudeau has managed to do it twice.

The first time was when he and his family visited the Aga Khan’s luxurious private island while the Aga Khan’s foundations were lobbying his Liberal government. The former ethics commissioner, Mary Dawson, ruled that offside. Now, the current ethics commissioner, Mario Dion, is looking into whether Mr. Trudeau’s personal ties to WE or its co-founders, Craig and Marc Kielburger, created a conflict of interest in decisions on student grants.

On Friday, Mr. Trudeau had to accept that the whole thing was a mess, and dig out. He didn’t acknowledge a mistake, mind you. Mr. Trudeau described the debacle over the Canada Student Service Grant as “unfortunate,” as though uncontrollable external factors had unhappily thrust a Toronto charity and the Liberal government into this sad circumstance.

There was no talk of how this happened, or why. The grant program was ill-conceived to begin with, designed to pour out nearly a billion dollars in grants to hastily recruited student volunteers in a few short months of summer, blurring the lines between volunteering and low-paid work.

It was never critical to getting through the pandemic. Handing the administration, and a $19.5-million contribution, to an organization that had never done anything like it was extremely unusual, and was bound to make people ask if it had anything to do with the fact that Ms. Grégoire Trudeau is a WE ambassador.

Who did that? The Liberal government did. Mr. Trudeau’s assertion that civil servants decided that only WE could manage the program seemed a little unlikely. At any rate, Mr. Trudeau had a duty to answer questions about the program, and he and his government declined to provide many of the details, or make the agreement public. It sure looked like a clubby arrangement, and the feds weren’t willing to show us the details.

Even as WE’s involvement was ended, details weren’t forthcoming.

Mr. Trudeau showed no inclination to talk about what happened. Instead, he told us on Friday that he has been involved in “empowering young people” all his life, that he was once chair of the Katimavik youth volunteer charity started by one of his father’s friends, and held the youth cabinet portfolio in his own government’s first term. He was suggesting no one should question his good intentions for helping youth.

It was a Trudeau-esque assertion that his good intentions didn’t leave room for asking questions. But it was worth asking whether this program is a pandemic priority, and whether WE was put in charge because it is something of a public-relations partner for Mr. Trudeau.

The “technical” ethics question with Mr. Trudeau’s private-island vacation was whether the Aga Khan was really such a personal friend that there was no sense of obligation when the Trudeaus asked to use his island. But his aides would have been telling him that friend or not, it didn’t look good. With WE, Mr. Trudeau apparently didn’t expect he’d be questioned about who came up with the idea of putting the charity in charge of a $900-million program.

Neither seems to have the makings of a fatal political scandal. But Mr. Trudeau’s WE-Day clanged a discordant note for a Prime Minister who has seen his approval ratings rise as he handles a crisis.

Here was a baffling decision that makes you question his priorities. And once again, Mr. Trudeau apparently stumbled into controversy out of an assumption that no one can question his intentions. 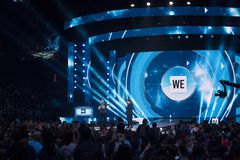 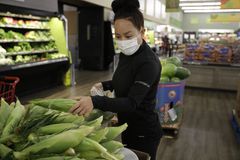 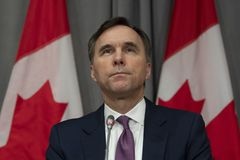