NDP Leader Jagmeet Singh participated in a pro-sovereignty seminar in 2016 with the co-founder of the British-based National Sikh Youth Federation who endorsed the use of political violence as a “legitimate form of resistance” to achieve an independent Sikh homeland in India.

This is the second instance where Mr. Singh has taken part in events where Sikh extremists denounced India and called for an independent state known as Khalistan.

In June of 2015, Mr. Singh, then an NDP member of the Ontario legislature, appeared on stage at a Khalistan rally in San Francisco that featured a large poster of Jarnail Singh Bhindranwale, the leader of an armed extremist group that occupied the Golden Temple. The militant religious leader was killed in a shootout with the Indian army after he had stockpiled weapons in the Golden Temple complex.

The federal Liberals are concerned about Mr. Singh’s potential appeal to Sikh voters. While most Sikhs oppose extremism, any suggestion that Mr. Singh favours a separate Sikh state could split the vote in a community where many have ill feelings toward India for the crackdown in the Punjab after prime minister Indira Gandhi was assassinated in 1984.

Video of the February, 2016, event in London shows the then-deputy leader of the Ontario NDP sharing the stage with NSYF co-founder Shamsher Singh and another Sikh homeland advocate, Harwinder Singh Mander.

The youth leader spoke about the “superiority of our culture, our language and our ideal” and said his cause “endorses violence as a legitimate form of resistance and survival.

“The objective of an explicit Sikh narrative is sovereignty as a nation,” the youth activist said.

Mr. Singh, who became federal NDP Leader in October, 2017, did not comment on the youth leader’s remarks, according to a video that was posted of the seminar on YouTube. In an edited video of speech, Mr. Singh spoke about the “principle of independence” but did not endorse violence or Sikh separatism.

The NDP Leader would not make himself available for an interview on Wednesday and his office said it was unable to comment on the London event. He had provided a statement to The Globe last week when asked about the San Francisco rally.

In that statement, Mr. Singh said he was at the San Francisco rally as “advocate of human rights” and he did not “condone terrorism or acts of violence.”

Video from the San Francisco rally also shows Mr. Singh walking in the pro-sovereignty march behind a truck that displayed signs saying “India out of Sikh Homeland,” and “1984 Sikh Genocide Independence.” Parade participants carried the same messages on placards as well as others including “Sikhs Demand Independence.”

In his speech, Mr. Singh accused India of “genocide” against Sikhs in the Golden Temple assault. The backdrop on stage not only included a large picture of Mr. Bhindranwale but was emblazoned with the phrase “Sovereignty Rally.”

Last April, the Ontario legislature passed a motion recognizing the 1984 Sikh genocide in India. Thousands of Sikhs were killed in rioting in the aftermath of Ms. Gandhi’s assassination by two of her Sikh bodyguards.

Mr. Singh had originally moved the motion in 2016 but it was defeated. A year later, Liberal MPP Harinder Malhi moved a similar motion and it was passed amid speculation that the governing Liberals were attempting to retain Sikh votes. In early 2018, with a provincial election due in June, Ms. Malhi was elevated to cabinet.

Indian officials criticized the Ontario Liberals for allowing the motion, and also warned that it threatened to damage bilateral ties. It may have played a role in the cold shoulder given Prime Minister Justin Trudeau on his recent trip to India.

“Our position is clear: we condemn all forms of terrorism, violence and extremism,” department spokesperson Amy Mills said in a statement. “However, our government does not equate any one community with extremism. We believe that freedom of speech and of expression are at the core of democracy, both at home in Canada, and around the world.“

The Conservative Party said it is wrong for elected officials in Canada to lend support to extremism.

“It’s inappropriate for any Canadian politicians regardless of their political party to take part in events that promote, glorify or validate violent extremism,” Jake Enwright, director of media relations for Conservative Leader Andrew Scheer said.

Liberal MP John McKay told The Globe that Mr. Singh owes Canadians an explanation. “Did he actually know what he was, in effect, implicitly endorsing?” he said.

A spokesman for the World Sikh Organization of Canada defended the NDP Leader’s participation in the 2015 Sikh sovereignty rally, equating it to an annual holiday in Quebec. “Canadian politicians attend the St. Jean Baptiste Day parade where Quebec sovereignty is celebrated and promoted, without controversy,” WSO legal counsel Balpreet Singh Boparai said. “A different standard should not be applied to the Sikh community or others, which include a diversity of views.”

The Indian High Commission in Ottawa did not return phone calls seeking comment. The Indian government has criticized Canada over the years for not doing enough to crack down on Sikh extremism.

Azad Kaushik, president of the National Alliance of Indo-Canadians, said he was disturbed that a political leader would lend support to a cause that is unrelated to Canadian politics.

“It is a scary scenario that someone with these kinds of leanings can go on and lead a national mainstream party,” he said. “This is a matter concerning India and we should focus on Indo-Canadian matters … and this is creating more divisions within our community.”

Canada is home to the world’s largest Sikh population outside India, which helped elect 17 Sikh Canadians to Parliament in the 2015 election.

Mr. Kaushik said he is troubled that politicians of all stripes have become involved “ethnic-centered, vote-based politics,” pointing to Mr. Trudeau’s recent trip to India.

“Our foreign policy is being influenced by these situations, which does no good to Canada and no good for our foreign relations,” he said.

The issue erupted into a diplomatic dispute during Mr. Trudeau’s visit to India when it was revealed that a B.C. Sikh-Canadian, convicted of trying to kill an Indian cabinet minister in 1986, had been invited by Liberal MP Randeep Sarai to a reception in honour of Mr. Trudeau that was hosted by the Canadian High Commission in New Delhi.

India was furious after Mr. Trudeau’s national security adviser, Daniel Jean, told reporters in a background briefing that factions within the Indian government were behind the invitation to embarrass the Prime Minister. 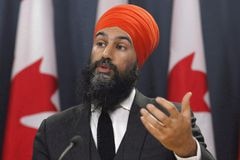 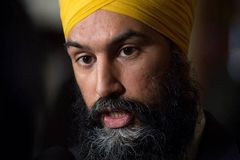 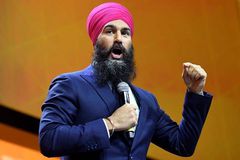