Former attorney-general Jody Wilson-Raybould told federal cabinet ministers she believed it was improper for officials in the Prime Minister’s Office to press her to help SNC-Lavalin Group Inc. out of its legal difficulties, sources say.

The Globe and Mail reported on Feb. 7 that officials in the PMO put pressure on Ms. Wilson-Raybould to reach a negotiated settlement with SNC-Lavalin on bribery and fraud charges the company faces. In the ensuing political fallout, Ms. Wilson-Raybould has resigned from cabinet and Prime Minister Justin Trudeau’s principal secretary Gerald Butts has stepped down.

On Tuesday, Ms. Wilson-Raybould privately outlined her concerns about the handling of the SNC-Lavalin prosecution to her former colleagues within the confidentiality of cabinet, freed from the bounds of solicitor-client privilege that have restricted her public statements so far.

On Wednesday, she rose in the House of Commons and said she hoped to have solicitor-client privilege waived so she could “speak my truth.”

According to a source with knowledge of the cabinet discussions, Ms. Wilson-Raybould said the director of the prosecution service rejected a negotiated settlement with SNC-Lavalin based on how the law applies to the company’s case. The Liberal government had changed the Criminal Code to allow for deferred prosecutions in which a company admits wrongdoing and pays a fine, but avoids a trial. Under Canada’s new deferred-prosecution agreement law, prosecutors are not allowed to consider national economic interests when deciding whether to settle with a company.

Mr. Trudeau has acknowledged he raised concerns about the economic impact that a conviction could have on SNC-Lavalin when he met privately with the then-justice minister and attorney-general on Sept. 17, two weeks after the director of public prosecutions decided to move toward a trial.

The fact that prosecutors had already informed the Quebec company of its decision before the meeting between Mr. Trudeau and Ms. Wilson-Raybould meant the only remaining question was whether the attorney-general would override federal prosecutors and publicly instruct them to cut a deal. When Ms. Wilson-Raybould asked the Prime Minister to clarify if he was directing her to order a settlement, Mr. Trudeau said he told her the decision to direct prosecutors to settle with SNC-Lavalin was hers alone to make.

A Liberal source, who was granted anonymity because they were not authorized to speak publicly, said SNC-Lavalin was looking for a way out of the prosecution and warned on Sept. 18 that the Montreal-based engineering and construction giant might have to move to Britain or that it could face a takeover bid.

The discussions about the fate of SNC did not end for weeks. The Prime Minister’s former principal secretary, Mr. Butts, who had met with representatives of SNC-Lavalin, also discussed the possibility of a deferred prosecution agreement with Ms. Wilson-Raybould on Dec. 5 in the restaurant of the Château Laurier hotel.

Once prosecutors decided in early September to move to trial, Ms. Wilson-Raybould told cabinet she felt it was wrong for anyone – including the Prime Minister, members of his staff and other government officials – to raise the issue with her, the source said. Another source added that Ms. Wilson-Raybould would not budge from her position at the cabinet meeting.

The Liberal source said government officials had also proposed an outside panel of legal experts to recommend a solution to the SNC-Lavalin issue, but Ms. Wilson-Raybould rejected the suggestion.

SNC-Lavalin mounted an intense campaign to persuade the Liberal government to reach a deferred-prosecution agreement after the director of public prosecutions decided on Sept. 4, to continue with a criminal prosecution over the company’s business dealings in Libya.

Company representatives also raised the possibility of seeking a judicial review of the decision, which it has now done. A conviction for SNC-Lavalin would mean a 10-year ban from federal contracts.

The Prime Minister told reporters on Wednesday that Ms. Wilson-Raybould was invited to cabinet this week because “I think it’s extremely important that everyone have an opportunity to hear the different perspectives in this situation.”

On Wednesday in the House of Commons, Mr. Trudeau repeatedly avoided directly answering questions from Conservative Leader Andrew Scheer about who asked for the Sept. 17 meeting, and whether he expressed his support for granting SNC-Lavalin a settlement.

The Prime Minister said he could not speak about the conversation with Ms. Wilson-Raybould because “the meetings I have with any member of cabinet are covered by cabinet confidentiality.”

But time and time again in Question Period he said anything he did was in the service of sustaining jobs in Canada.

Ms. Wilson-Raybould attended a Liberal caucus meeting on Wednesday, and Mr. Trudeau apologized for taking almost a week to condemn the efforts of unnamed Liberals to undermine her character and reputation in comments to various media outlets.

“I apologize to Jody Wilson-Raybould because I wasn’t quick enough to condemn in unequivocal terms the comments … they were absolutely unacceptable and I should have done so sooner,” he told reporters outside the caucus meeting.

Public Safety Minister Ralph Goodale emerged from caucus to say he remained convinced that no pressure was exerted on Ms. Wilson-Raybould. “There is nothing I have heard that would change my mind,” he said.

For her part, Ms. Wilson-Raybould continues to say she can’t comment on the SNC-Lavalin affair that may have led to her demotion to Veterans Affairs in early January and later resignation from cabinet last week.

Ms. Wilson-Raybould said she is bound by solicitor-general privilege and has hired former Supreme Court of Canada justice Thomas Cromwell to advise her on what she can say publicly.

After Question Period, she rose in Parliament to say she was unable to vote on an NDP motion calling for a judicial inquiry into the SNC-Lavalin matter.

“The reason for my abstention is that the matter in part has to do with me personally and I do not think that it is appropriate for me to vote on a matter that has to do with me personally,” she said. “I understand fully that Canadians want to know the truth, and want transparency. Privilege and confidentiality are not mine to waive, and I hope that I have the opportunity to speak my truth.”

Two Liberal MPs, Nate Erskine-Smith and Wayne Long, voted in favour of the NDP motion calling for a judicial inquiry. The Liberal majority defeated the motion.

The matter is being investigated by the federal Ethics Commissioner and the House justice committee is also holding limited hearings. Ms. Wilson-Raybould is expected to appear next week before the committee but it is unclear what she will be able to say because of solicitor-client privilege.

The Liberal source said the Trudeau government does not believe there was undue pressure exerted on Ms. Wilson-Raybould because no one directed her to publicly order the director of prosecutions to seek a settlement with SNC-Lavalin.

Although the attorney-general is a member of federal cabinet, he or she is obliged to act independently of cabinet in criminal proceedings.

A legal principle, the Shawcross Doctrine, lays out how this works and is a constitutional convention in Britain that has been accepted into Canadian law. It’s based on a ruling from Britain’s House of Lords in 1951. 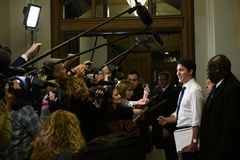 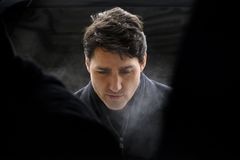