The Premiers of B.C. and Ontario both say they would welcome the Duke and Duchess of Sussex to live in their provinces once they fulfill their wish to reside in Canada part-time.

Ontario Premier Doug Ford said Thursday if the couple choose Toronto as their destination, they would be welcomed “with open arms.” The former Meghan Markle lived in Toronto while filming the TV show Suits before she married Prince Harry.

Mr. Ford added it was his understanding the RCMP would handle any security related to the Duke and Duchess. A spokeswoman for his office said they would become the responsibility of the RCMP if they received a designation of “internationally protected persons,” which is given to heads of state or their representatives.

The office of B.C. Premier John Horgan said in a statement Thursday it welcomed the idea of Meghan and Harry finding a second home in British Columbia. This week, Meghan has been photographed in Vancouver while visiting women’s shelters.

Mr. Horgan’s office also said Thursday the question of costs is a matter for the federal government and the Royal Family.

No matter where the couple live, their decision amounts to “uncharted territory,” a B.C.-based historian says.

Mariel Grant, a professor at the University of Victoria who specializes in modern British history, said that no member of the Royal Family has ever tried to live in Canada.

“This is really something that has come out of left field,” Dr. Grant said.

“This is a situation they haven’t dealt with before. Members of the Royal Family don’t normally resign in such a public way.”

In a statement issued last week, Harry and Meghan announced they plan to shift away from their senior roles within the Royal Family and intend to become financially independent – a move that sparked an emergency meeting among the Duke of Sussex, his brother, Prince William, Prince Charles and the Queen.

After the summit, the Queen issued a statement to say the family would have preferred the couple remain full-time working members of the Royal Family but it respects and understands "their wish to live a more independent life as a family while remaining a valued part of my family.”

For her part, Governor-General Julie Payette, the Queen’s representative in Canada, has declined to comment on the announcement from the couple.

The Queen herself has participated in many royal tours in Canada, including her first as Princess Elizabeth in 1951. Other members of her family have also made official and personal tours of Canada, according to the government.

For example, the Duke and Duchess of Cambridge and their children came to Canada in 2016 on an eight-day tour of British Columbia and Yukon. The cost for RCMP security totalled $2-million, while the B.C. and Yukon governments spent more than $1-million on the tour. Ottawa had budgeted $855,600 for its portion. The Canadian government does not otherwise support the Royal Family financially.

The question of who may foot the bill for the couple’s security in Canada has led to the creation of an online petition this week from the Canadian Taxpayers Federation, which is urging Prime Minister Justin Trudeau to ensure Canadians are not on the hook for the costs.

On issue of security, Prime Minister Justin Trudeau told Global News the issue is "part of the reflection that needs to be had and there are discussions going on.”

With reports from Laura Stone, Justin Giovannetti and The Canadian Press 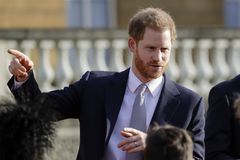 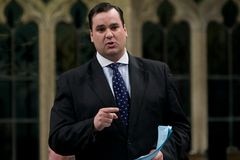