So far, there are two ministers named to Justin Trudeau’s postelection cabinet: the PM himself, and Chrystia Freeland. The rest are TBD.

Mr. Trudeau took the unusual step of telling the country on Sept. 28 that Ms. Freeland will stay as Deputy Prime Minister and Finance Minister, though the rest of the cabinet has to wait a few more weeks to find out if they keep their jobs.

That was confirmation of the special place Ms. Freeland holds in Mr. Trudeau’s team. And also a signal that the rest of the team doesn’t matter as much.

The Deputy Prime Minister has grown strong. The Liberal cabinet has withered.

When he shuffles the rest of his cabinet this month, Mr. Trudeau will have the hardest personnel puzzle of his tenure – but only if he still thinks his cabinet matters.

Sometimes, you have to wonder if he does.

Harjit Sajjan remained as Defence Minister while evidence piled up that he had utterly failed to deal with widespread sexual harassment in the military, even turning a blind eye to allegations against the most senior officer of the Forces when it was all but thrust into his hands.

Patty Hajdu managed to get through a nation-shaking pandemic as Health Minister without becoming a noted figure, except when she defended Chinese handling of COVID-19, or even someone seen inside federal and provincial governments as a key player in the crisis.

Those weaknesses can’t surprise anyone around Mr. Trudeau, who must have decided that in the run-up to an election it was better not to admit flaws by shuffling those ministers off to a dark corner. He has to fix them now.

And the Prime Minister also has a cabinet with many largely anonymous ministers who aren’t particularly associated with driving any government initiative forward. That applies to some better-known ministers, too: Former astronaut Marc Garneau is now the Foreign Affairs Minister, but he doesn’t seem to have an identifiable foreign policy.

Still, all that means Mr. Trudeau has an opportunity to rejuvenate his government with a cabinet revamp. It is necessary. But it won’t be easy.

Mr. Trudeau must balance regional representation, gender parity and diversity, with a Liberal minority caucus. He lost four female ministers who didn’t run or lost their seats, but most of the women in his caucus represent ridings in or around Toronto, Montreal or Ottawa. And you can only have so many ministers from those places.

There are a group of current ministers, apart from Ms. Freeland, who won’t be shuffled down or out. Innovation Minister François-Philippe Champagne and Environment Minister Jonathan Wilkinson are both considered solid. Many of the ministers who campaigned at Mr. Trudeau’s side, including Quebec political ministers Pablo Rodriguez and Mélanie Joly, as well as Indigenous Services Minister Marc Miller, seem to be in something like an inner circle.

And there are ministers that should be up for promotion. Anita Anand, the Minister of Public Service and Procurement who fought back a lot of flak over what eventually became a successful vaccine rollout, might be up for that task, and is certainly in line for a promotion. Dominic LeBlanc, the Intergovernmental Affairs Minister and long-time friend of the PM, is the best political communicator in the Liberal government.

But Mr. Trudeau still needs to be ruthless enough to let go some of his current ministers, bring in new faces and, especially, find ministers who can provide more dynamic direction in key portfolios.

First and foremost, he needs a defence minister who actually thinks they are responsible for the conduct of the military, unlike Mr. Sajjan, who repeatedly sloughed off responsibility for the military’s repeated mishandling of sexual harassment. Ms. Freeland said last week that the brass still don’t get it, so Mr. Trudeau needs an experienced minister, preferably a woman, who will make them get it. Perhaps Ms. Anand.

He also needs a pandemic health minister who can be the clear spokesperson and forceful negotiator with provinces that Ms. Hajdu hasn’t been.

And after more than 18 months of pandemic, there are other areas of government where direction appears aimless, from international affairs to regional economic development.

Mr. Trudeau has already made Ms. Freeland his cabinet alter ego, the ubiquitous minister who serves as proof that the Liberal government isn’t all about the centre stage PM. But he has let the rest of his cabinet wither in power and profile, and unless he reverses that trend, it will keep making his government weaker.

Trudeau promises another gender balanced cabinet, but parity in the House is still far off
September 30, 2021 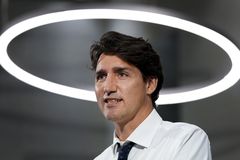 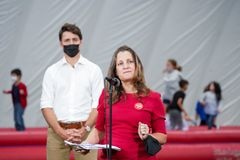 Opinion
What does it take for a Trudeau cabinet minister to lose his or her job?
Subscriber content
June 30, 2021 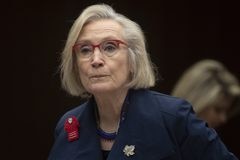