Why is Justin Trudeau limiting his debate appearances? Because the Prime Minister believes the strategy will help him win, which is all the reason he needs.

The purpose of an election campaign is to get elected. Just about anything is fair game, short of breaking the law. (And some campaigns don’t even observe that scruple.) In 2015, it was in Mr. Trudeau’s interest to show up for every debate on offer. Now, he calculates it isn’t. Political risks attend that decision, but any moral outrage over Mr. Trudeau shirking his democratic duty is a bit much.

Stephen Harper agreed to five debates in 2015 because he was losing and needed to change the dynamic of the race, in which polls showed two-thirds of voters believed it was time for a change of government.

Mr. Harper calculated that his best hope lay in debating Mr. Trudeau early and often, reinforcing the Tory mantra that the Liberal Leader was “just not ready.” NDP leader Tom Mulcair, who had mopped the House of Commons floor with Mr. Harper during the Senate expenses scandal, saw the debates as a forum for showing he was the safest agent of change. Both believed that Mr. Trudeau would flail. Both were wrong.

Before the 2015 debates, Tory strategist Kory Teneycke famously declared that Mr. Trudeau would exceed expectations “if he comes on stage with his pants on.” But Mr. Trudeau had a different prediction.

A few months before the debates, I talked with him off the record about his prospects. (I repeat this conversation now because Mr. Trudeau later said much the same thing, on the record, to my colleague Ian Brown.) The Liberals were in third place in some polls. The NDP had just come to power in Alberta, delivering a big boost for Mr. Mulcair. But the Liberal Leader was confident he would win and he saw the debates more as an opportunity than a challenge.

Mr. Trudeau observed that everybody thought he was going to do badly. But the Liberal Leader predicted that he would do fine. Why do you think that? I asked. “Because I debated Pierre Elliott Trudeau every night over dinner,” he replied.

He was right. Onstage, the Liberal Leader came across as young, enthusiastic, well-informed and brimming with plans to renew Canada’s political culture. Both Mr. Harper and Mr. Mulcair must have deeply regretted giving their opponent so much political oxygen.

Four years later, Mr. Trudeau has a record of both successes and blemishes. His opponents will focus on the blemishes: the disintegrating compact to fight climate change while also buying a pipeline; the debacle in India; above all, the resignation of two strong cabinet ministers over his efforts to intervene in the criminal prosecution of the engineering company SNC-Lavalin.

Boycotting every debate would make Mr. Trudeau appear fearful. Attending all five on offer might give Conservative Leader Andrew Scheer or NDP Leader Jagmeet Singh the kind of opportunity from which Mr. Trudeau profited in 2015.

So, he has agreed to attend the two official debates, one in English and one in French, plus a second French-language debate, hosted by TVA. But the party says he will not be attending a debate on foreign policy proposed by the Munk centre, or one proposed by Maclean’s magazine and Citytv.

Agreeing to debate twice in French but only once in English is an odd call. The Liberal team must believe that exposing Mr. Singh to the spotlight in Quebec will further weaken the NDP’s already fading hopes in that province. The risk for the Grits is that Mr. Singh could outperform expectations, pulling a Justin Trudeau on Justin Trudeau. Besides, the Bloc Québécois and the Conservatives are also in the hunt for some of the 14 NDP seats up for grabs.

Under pressure, Mr. Trudeau may yet conclude that he must agree to a second English-language debate. (If so, let’s hope he chooses the offer from Munk. Foreign-policy issues, especially around China, loom unusually large in this contest.)

But whatever happens, the decision will be based on what the Liberals believe is to their electoral advantage.

Why would they do anything else? It’s an election campaign, for crying out loud. 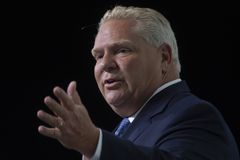 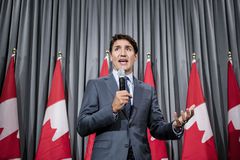 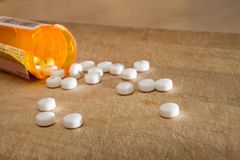