Jordan’s ambassador to Canada, Majed Alqatarneh, who was part of the delegation that met with Mr. Trudeau, said a “high point” of Monday’s meeting was sharing with the Prime Minister that Jordan supports Canada’s bid for a seat on the Security Council.

“Canada’s commitment to our region is highly appreciated and everybody in the region looks highly to Canada’s position,” he said.

Mr. Alqatarneh said he believes it is important that Canada have a seat on the Security Council because Canada’s positions have “always been moderate." He said Canada respects others, promotes human rights, women’s rights and citizens’ rights, and is a leader on the environment.

“This will be definitely reflected positively with your presence on the Security Council,” he said.

The Prime Minister’s Office would not comment on Jordan’s support of Canada’s bid for the Security Council seat.

As the meeting began, Mr. Trudeau praised the King for his leadership in the region, and on global issues.

“I really have to say that His Majesty has been extraordinary in being such a strong leader at a time of so much uncertainty,” Mr. Trudeau said.

“Whether it’s on refugees or human rights, economic growth and opportunities, you really have been a tremendous, tremendous strong voice," he added.

The King said he was “delighted” to be back in Ottawa and thanked Canada for the “tremendous support” on helping refugees and co-ordinating regional issues. This is the King’s fifth visit to Canada.

More than 600,000 Syrian refugees are living in Jordan, according to data from the United Nations refugee agency. Mr. Trudeau promised to resettle 25,000 Syrian refugees in Canada during the 2015 election campaign and Canada would eventually help resettle close to 40,000 have since come to Canada.

Mr. Alqatarneh said that, although aiding Syrian refugees have put some pressure on the Jordanian economy, the country is “committed to welcome any person who wants refuge facing hard times.”

The ambassador said the leaders also discussed the Canada-Jordan free-trade agreement, and the related agreements on labour co-operation and the environment between the two countries, which have been in force since 2012.

“We would like to see more investments, Canadian investments in renewable energy in Jordan because we would be pioneers for that part of the world, to joining the world producing clean energy which is very important to the world,” he said, adding that Jordan has solar and wind energy and has the potential to be role model in the Middle East.

He said the Prime Minister responded positively to the country’s efforts, and the leaders agreed the countries would engage more on the issue.

A statement from the PMO says the leaders reaffirmed their commitment to strengthening bilateral ties between Canada and Jordan, and that the Prime Minister confirmed Canada’s support for Jordan’s efforts to cope with the impact of the regional conflicts in Iraq and Syria.

“They also underscored the importance of working together for stronger action on climate change and protecting nature,” it said.

The leaders discussed security in the Middle East and the importance of economic development in the region, the statement said, and both vowed to work together to combat violent extremism and to promote diversity. 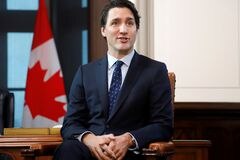 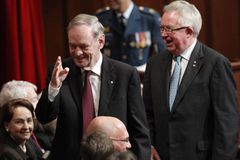 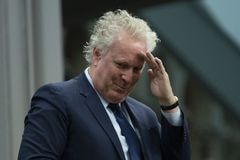