More than four million Canadians are willingly handing over their banking passwords to fintech companies, and the Senate banking committee says Ottawa must create a strong oversight regime that includes providing consumers with a list of approved third-party apps.

This week’s Senate report follows committee hearings into the concept of open banking, in which customers give permission to have their personal banking records shared with a third party such as a financial technology company, or fintech.

Examples of open banking include apps that analyze personal spending trends or help people with their investing decisions.

In an interview, committee chair Doug Black said open banking has great potential to boost innovation in Canada, but there is also an urgent need to set clear rules for consent and the protection of privacy.

“We have an opportunity here in Canada to develop some fintechs that could be global leaders, but we have to create the environment whereby they can thrive at home,” he said.

Mr. Black said some of the current practices of third-party fintech apps are “dangerous” – and it is clear to him that Canadians are largely unaware of the risks they are taking when sharing their banking information.

“We’ve got to get ahead with a secure system that allows people to share their data in a protected way," he said.

Because Ottawa has not yet approved an open-banking regime, the fintech industry is growing in Canada without clear regulatory oversight. Many of these third-party apps work by asking bank customers to hand over their account numbers and login passwords so the company can access their online accounts.

The third parties then use a technique called screen scraping to scan and scoop up a customer’s banking history in order to provide services such as data analysis.

The Senate report warns that this activity could violate the terms and conditions of the customer’s relationship with their bank. Online-banking customers must agree to terms such as not sharing their login information in exchange for the bank’s protection from financial loss owing to fraud or other factors.

Senators heard from witnesses that scraping raises the risk of identity theft and that customers do not currently have control over how long these third-party apps can continue to monitor their bank accounts.

“Given the large and growing number of Canadians that are using screen scraping services, it is clear that customers are either willingly or unknowingly taking on these risks in order to meet their needs for a more personalized, digital banking experience that allows them to better control their financial lives,” the report states.

The committee recommends that the government name the Financial Consumer Agency of Canada as the interim oversight body for screen scraping and open-banking activities and to fund consumer-protection campaigns about the benefits and risks of screen scraping.

It also says Ottawa, in consultation with provincial securities regulators, should create a registry of accredited third-party providers of open-banking services.

Over the longer term, the committee says Ottawa should approve an open-banking framework that includes an update of privacy laws, including new powers for the Privacy Commissioner and for the Commissioner of Competition to regulate open data.

Finance Canada launched consultations in January to examine whether Ottawa should proceed with an open-banking regime. The consultations are expected to conclude shortly with a report from an expert panel. That review is likely to recommend moving ahead with such a plan, which would then lead to further consultations on the details.

The government named a four-person advisory panel in September, 2018, to review the merits of open banking. The panel members are Colleen Johnston, a former TD Bank senior executive who is on the board of Canadian fintech Shopify Inc.; François Lafortune, the founder and CEO of fintech Diagram; Kirsten Thompson, a transformative technologies specialist with law firm Dentons Canada; and Ilse Treurnicht, a former CEO of the MaRS Discovery District in Toronto.

Opinion
A ‘made in Canada’ approach is the best way forward to an open banking system
May 21, 2019 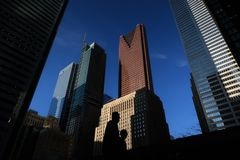 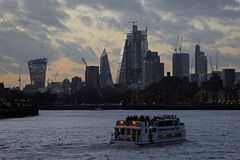