Chris Patten, the last British governor of Hong Kong, is appealing to countries including Canada to take co-ordinated action in the wake of Beijing’s crackdown on civil rights in the Asian city.

He urged countries not to be intimidated by China’s pushback when they address the unfolding crisis in the former British colony.

“They shout and they roar and they stamp their feet and we should call them out collectively or otherwise they will pick us off one at a time,” he told a web teleconference hosted by two think tanks, Canada’s Macdonald-Laurier Institute and Britain-based Hong Kong Watch.

“We tend to be so discreet and timid in saying anything to China."

It’s close to three months since China imposed a harsh new security law on Hong Kong – one that criminalizes dissent and opposition. But many Western countries have taken little action aside from suspending extradition treaties with the Asian city.

Britain has promised nearly three million Hong Kongers a path to citizenship and Canada has ended military exports to the city.

Defenders of civil rights in Hong Kong and around the world, including Hong Kong Watch, the group that counts Mr. Patten as a patron, and Alliance Canada Hong Kong, have been calling for much more.

Benedict Rogers, the executive director of Hong Kong Watch and co-founder of the British Conservative Party’s Council on Human Rights, called for a three-prong strategy to confront China’s crackdown in Hong Kong.

Mr. Rogers said there needs to be targeted sanctions against Chinese officials responsible for the crackdown, the appointment of a special United Nations human-rights envoy for Hong Kong and the need for countries to provide sanctuary for residents fleeing Chinese aggression.

The national security law imposed on Hong Kong punishes subversion, secessionism, terrorism or collusion with foreign forces with up to life in prison, but these offences are loosely defined, raising fears it effectively crushes wide-ranging freedoms promised to the city for 50 years after Britain handed it over in 1997 to China.

Exiled activist Nathan Law, a former Hong Kong legislator who was jailed for protesting China’s actions in the island city, described for the Tuesday teleconference how Beijing’s new national security law is being used to arrest protesters, restrict media coverage and restrain universities and schools from teaching topics that would anger China’s Communist Party’s rulers.

China has managed to win over Hong Kong’s elite and ultra-rich to support its increasing control over the city but the Communist Party has been unable to bend the majority of the people to its will, he said.

“The people of Hong Kong have chosen freedom and the rule of law,” he said.

Conservative foreign affairs critic Michael Chong said: “It’s long past time for us to take a stronger stand on China.” He added that the crackdown on Hong Kong, where 300,000 Canadian citizens live, is only the latest offence.

“They have called Western governments including ours white supremacists, they have essentially kidnapped two Canadians and condemned more to death row, they have targeted our farmers with trade barriers on canola and other goods."

Mr. Patten called for parliamentary committees around the world to probe the crushing of human rights in Hong Kong.

Prime Minister Justin Trudeau’s decision to prorogue Parliament in the midst of the We Charity controversy in August spelled the end of a special House of Commons committee on Canada-China relations. The committee was in the midst of preparing a report on the crisis in Hong Kong and was expecting to hear from former ambassador John McCallum in September.

Any planned reports cannot be issued now. As a special committee created by a vote in the House of Commons, it would need to be voted back into existence when Parliament returns.

Mr. Chong said the Conservatives plan to table a motion to bring back the committee.

The minority Liberal government originally opposed the formation of the China committee and voted against its creation in December, 2019, but it was outnumbered by opposition votes as the Bloc Québécois and NDP backed the Conservative motion. Relations between the two countries have deteriorated significantly since China locked up two Canadians in apparent retaliation for Ottawa’s arrest of a Huawei executive on a U.S. extradition request.

The Canadian government defended its record on Hong Kong. “Canada has taken concrete action in support of the people of Hong Kong,” Syrine Khoury, press secretary for Foreign Affairs Minister François-Philippe Champagne, said in a statement, citing the extradition treaty and military exports.

“As the Prime Minister and Minister Champagne have said, we intend to announce immigration measures for Hong Kong citizens.

“All of our work in support of the people of Hong Kong will be co-ordinated and implemented in concert with our allies and partners to the extent possible in order to ensure we have the greatest impact possible.”

Opinion
For Hong Kong residents looking to escape repression, it might already be too late
September 16, 2020 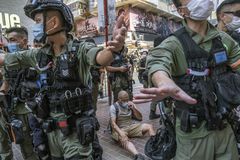 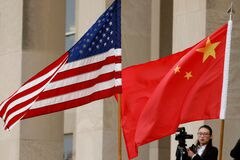 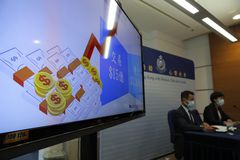