Despite the increase in the number of border crossers last month, the Liberal government appears to have brought the situation under control. The Conservatives are wrong: There is no crisis.

There is, however, a larger – and now chronic – problem. The southern border is no longer secure and it will not become secure in the near future.

July was the crucial month for determining whether the flow of people coming into Canada and claiming refugee status would become a flood. Earlier this year, the signs were alarming. In March, for example, the RCMP intercepted 1,970 people crossing the border illegally, more than twice the number in March of last year. If that trend continued, Canada would see more than 40,000 refugee claimants from the United States in 2018, which could overwhelm the ability of federal, provincial and municipal governments to feed and house these people while processing their claims.

But then the numbers started to improve, partly because Canadian officials worked with their U.S. counterparts to clamp down on Nigerians who were arriving in the United States on visas and then heading to Canada to claim asylum. In June, police intercepted 1,263 border crossers, fewer than in March though still more than in June, 2017.

But July was always going to be the big test. That’s when the numbers of asylum seekers exploded last year, soaring to more than 3,100 in one month. This year, the numbers were higher than in June – 1,634 people were intercepted – but nothing like last July, and a government official speaking on background said that, halfway into August, the numbers appear to be roughly comparable with July – so nothing like the 5,712 who crossed last August.

If present trends continue, the number of people who enter this year will be around or below last year’s final figure of just fewer than 20,600.

So not a crisis. But still a serious, chronic problem.

The fact is, Canada has joined the rest of the world in no longer having secure borders. For years, we depended on the Atlantic and Pacific Oceans, and the stability of the United States, to ensure that people mostly entered only when we wanted them to enter.

But then someone figured out the loophole in the Safe Third Country Agreement between Canada and the United States. Somalis seeking to escape the miseries of Somalia; Haitians the miseries of Haiti; Nigerians, Nigeria and Latinos from assorted countries. They were all told that it was possible to seek asylum in Canada by not using a regular border crossing, but instead entering illegally and then making a refugee claim.

Going forward, will that 20,000-or-so people a year wax or wane? The answer depends on several variables.

If tribunals reject the refugee claims of most border crossers, who are then shipped back to the United States, word will get out and pressure will ease. If a substantial number of claims – say half? – are successful, then potential border crossers will be encouraged to roll the dice.

U.S. domestic politics also play into this. U.S. President Donald Trump is right: His country’s incoherent immigration policy harms the national interest. Increased legal immigration to the United States based on a points system would boost the economy; illegal immigration should always be discouraged.

But Mr. Trump’s incendiary rhetoric and draconian enforcement policies deter people from seeking asylum in the United States, sending them north to Canada. Lessening the flow of people from the United States into Canada depends on the Americans solving their own border and immigration issues. Don’t hold your breath.

And of course, migrant populations ebb and flow with the fortunes of war and the progress of peace. Greater stability in the Middle East, Africa and Latin America is the ultimate solution.

But that won’t be happening any time soon. Canadians must accept that, for the foreseeable future, people will be crossing into our country from the United States seeking asylum. In that respect, the words of Conservative immigration critic Michelle Rempel are warranted: The government’s approach is too ad hoc.

It’s time to give the process of accommodating these unusual refugee claimants a name and a budget. Let’s make border crossers a recognized component of Canada’s immigration policy.

Then, as much as legally possible, let’s speed up the process of assessing their claims. And let’s start publishing monthly deportation statistics. Because most of the people who are entering this country by gaming the system shouldn’t be allowed to stay. 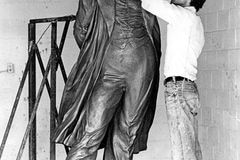 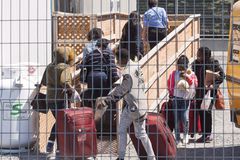 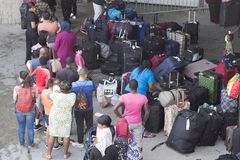