A Liberal-connected law firm that submitted a proposal to revamp how the federal Department of Justice evaluates legal risk was initially told it would be awarded a contract without having to compete.

After informal discussions, law firm McCarthy Tétrault had sent a proposal in the summer of 2017 to advise the department on ways to modernize its delivery of legal services, records show.

The top bureaucrat at Justice, Nathalie Drouin, at first agreed to hire the firm and asked her officials to award a contract for advisory services without going to tenders.

The department backtracked in the following weeks, however, deciding to invite rival law firms to submit bids through a confidential process.

No company submitted a proposal except McCarthy Tétrault, which went on to sign the contract worth up to $75,000 to revamp the criteria by which the department evaluates the legal risks facing various federal agencies.

The process that led to the awarding of the contract is detailed in documents obtained by The Globe and Mail and Montreal-based La Presse that lift the veil over the way the federal government hires outside legal services.

The lawyers who worked on the project included Awanish Sinha and Adam Goldenberg, according to the documents. Mr. Sinha was a Liberal Party lawyer in the 2015 general election, and Mr. Goldenberg was chief speechwriter for the Liberal Party when Michael Ignatieff was leader. The approved rate was $711 per hour for Mr. Sinha, and $527 for Mr. Goldenberg.

A company spokesman declined a request for comment on McCarthy Tétrault’s work with Justice and the hourly rates charged on the project.

“It is McCarthy Tétrault’s policy never to comment on mandates or clients we may or may not have,” Trevor Hampden said.

A Justice Department spokesman refused to offer information on the lawyers who worked on the project or their hourly rates, stating “this information is protected by solicitor-client privilege and litigation privilege.”

The discussions between McCarthy Tétrault and the Department of Justice started in the summer of 2017.

On Aug. 14 of that year, the firm’s chief client and innovation officer, Judith McKay, sent a proposal to Ms. Drouin offering a “practical, real-world approach” to service delivery at the department. According to one of the documents, the firm sought to advise the federal government on the creation of a “client-centric and business-like culture” and on improving the department’s “risk-assessment criteria” in relation to the legal work conducted for other departments and agencies.

In October, 2017, Ms. Drouin’s office informed Ms. McKay by e-mail that the government had “agreed to work” with the firm on the project as part of a contract that, at that time, would have been worth up to $100,000.

After exploring the possibility of giving the contract directly to McCarthy Tétrault, however, the department decided to launch a competition for the contract in December, 2017, inviting an unspecified number of law firms to bid, said the Justice Department spokesman, Ian McLeod.

The government received “only one submission, from McCarthy Tétrault LLP,” Mr. McLeod said.

The deal reached on Dec. 18, 2017, had a “maximum initial value of $75,000,” said Mr. McLeod, who added the contract dealt solely with the work on the department’s risk-assessment strategy. He refused to state how much money was spent on the contract.

According to McCarthy Tétrault’s proposal, obtained by The Globe and La Presse, the “team lead” on the risk assessment project as of August, 2017, was Mr. Sinha, who acted as the Liberal lawyer in Toronto in the 2015 federal election.

In his official biography, Mr. Sinha has described working with the Department of Justice “on the modernization of its legal risk management strategies,” as well as his collaboration with Canada 2020, a think-tank with ties to the Liberal Party.

Mr. Sinha and Mr. Goldenberg have donated to the Liberal Party in recent years, according to Elections Canada records. Neither responded to a request for comment sent to their e-mail addresses at McCarthy Tétrault.

Mr. McLeod said the project was designed to help the Department of Justice in its dealings with other federal departments and agencies on legal issues.

“This work is being led by Justice departmental officials, who wanted to seek third-party expert input on this topic," he said. "The legal agent provided their views for improving overall effectiveness and efficiency of the process, particularly as they relate to the communication of legal risks to government clients from Justice legal counsel.” 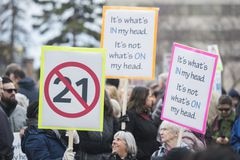 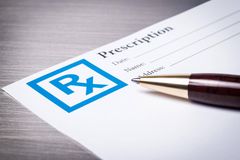 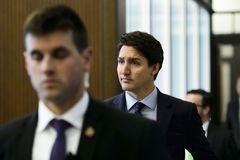