Chi-Kun Shi, a lawyer who is running to head the Law Society of Ontario, has defended in court multiple Holocaust deniers and white supremacists.

She wrote an opinion piece in The Globe and Mail decrying the justice system’s treatment of Ernst Zundel who, in the late 1970s and early 1980s, disseminated neo-Nazi literature and was jailed for publishing material that could incite hatred.

And she has worked as co-counsel with Doug Christie, a British Columbia lawyer who represented some of Canada’s most notorious hatemongers.

Ms. Shi is also the chosen candidate for a slate of 22 benchers – as the 54 members of the Law Society’s governing board are known – who oppose a mandatory statement of principles (SOP) requiring the province’s lawyers and paralegals to promote racial equality in the workplace and elsewhere.

But she bristles at the assertions now circulating in the profession that she might share the views of the Holocaust deniers she has defended. And, she said in a telephone interview with The Globe and Mail, she objects to the tone of the opposition to her decision to break with tradition and run for treasurer (the head of the board) of the largest law society in the country that governs the conduct of 50,000 lawyers.

“No, I do not support his views,” she said of Mr. Zundel, who was deported to his native Germany before he died in 2017. “The man was an anti-Semite. I am not," Ms. Shi said. “I represented him in a constitutional challenge against the security-certificate regime which failed to provide [the] due process that our Constitution guarantees.”

She also takes issue with questions about her motives in defending Holocaust deniers.

“Nobody ever questions whether John Rosen is a sadistic murderer just because he represented Paul Bernardo,” Ms. Shi said. “It is an attempt to silence me. Because it is now being suggested in a whisper campaign that I am a Nazi. Just because I defended someone’s right to due process."

The StopSOP benchers, including Ms. Shi, were elected for the first time in May after an organized campaign to get their supporters to mark a ballot. The fact that just 30 per cent of Ontario lawyers voted in that election meant they were able to beat long-time benchers and displace many of those who do not share their anti-SOP views.

Yes, Ms. Shi said, doing away with the statement of principles is her primary goal. As someone who was born in Hong Kong and who lived next door to the Chinese Cultural revolution in the 1960s, she said she knows what forced speech looks like.

“Nobody is going to tell me what to think,” she said. “That is the whole reason why I am opposed to SOP. I don’t want the law society to govern my thoughts.”

Ms. Shi has no experience in law-society governance. And the mere fact that she is challenging Malcolm Mercer, the incumbent treasurer, is controversial because Mr. Mercer has served for just one year. By tradition, law-society treasurers are elected in their first year and run unopposed in their second.

And she could win. She will have all of the 22 StopSOP votes. And, even though most of the other lawyers and paralegals who are benchers agree with the statement of principles, eight are “lay benchers” who are appointees of the Ontario government and are thus wild cards in the election for treasurer.

Lawyers who are upset about her candidacy agree they are regularly called upon to defend people accused of heinous crimes. But they still question Ms. Shi’s legal choices.

“I firmly and strongly believe that everyone who is changed with a crime, no matter what the crime is, is entitled to a vigorous defence,” said Toronto lawyer Jonathan Rosenthal, who is a former bencher. But, he said, “repeated representation of such people and such causes, and not only in the criminal context but in civil cases and human-rights cases, that is what causes me great and significant concern.”

“It is incumbent upon a lawyer to represent a client to the best of his or her ability, regardless of how unsavoury it may be to the lawyer … and I would suggest to you that in many instances, it’s a one-off,” Mr. Lerner said. “But, in this particular instance, it is an established pattern. That causes me concern as to the character of the candidate.”

Julian Falconer, a defence lawyer who is now the longest-serving bencher, said he takes no issue with Ms. Shi’s candidacy because the rules permit it. But, Mr. Falconer said, he is concerned that “this distraction” around her advocacy for white supremacists overshadows the fact a person who has never served as a bencher could be leading the board of a $120-million enterprise in charge of regulating the legal profession in Ontario. "This simply threatens to wreak havoc and ultimately can’t be justified in the public interest,” he said.

Mr. Falconer, who was on the committee that determined that the statement of principle was required, said he also fears the StopSOP benchers have plans to eliminate other equality measures such as the mechanism for addressing discrimination and harassment.

But Ms. Shi says the opposition she is facing validates her candidacy because it demonstrates that it is time to bring in new viewpoints to the law society. “I think people should calm down,” she said. “If they know me a bit, they should have faith in me that I understand the job I have applied for and I mean to be a good treasurer.”

Opinion
Did Jody Wilson-Raybould understand her role as attorney-general?
April 17, 2019 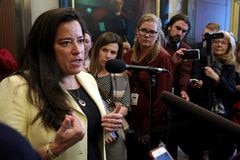 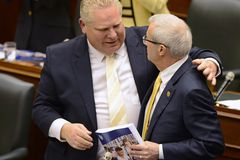