There is no “greater moral issue” that must be addressed during the federal election campaign, she said Thursday, adding that no other issue rises to the same “calibre of crisis.”

Ms. Blackstock, the executive director of the First Nations Child and Family Caring Society, said she wants the federal parties to put an emphasis on a ruling earlier this month from the Canadian Human Rights Tribunal during their campaigns ahead of the vote on Oct. 21.

The tribunal said that Ottawa had “wilfully” and “recklessly” discriminated against Indigenous children living on reserve by failing to provide appropriate funding for child and family services.

“The panel finds it has sufficient evidence to find that Canada’s conduct was willful and reckless resulting in what we have referred to as a worst-case scenario under our [Canadian Human Rights] Act,” it said in the ruling.

The tribunal also called for compensation of up to $40,000 to First Nations children who were unnecessarily taken into care on or after Jan. 1, 2006.

Kids have lost lives and lost childhoods, Ms. Blackstock said a day after the Aboriginal Peoples Television Network reported that 102 Indigenous children died in Ontario’s foster-care system between 2013 and 2017.

When asked about the story on Thursday, Liberal Leader Justin Trudeau said there is “more to do” on reconciliation with Indigenous peoples, though he did not specifically address the deaths in foster care.

“We know that there are still far too many tragedies ongoing in Indigenous communities,” Mr. Trudeau said, speaking in Sudbury, Ont. “That’s why we must do more."

Mr. Trudeau was also confronted Thursday by a handful of protesters, including Krystal Brooks, a First Nations woman from Chippewas of Rama First Nation.

Ms. Brooks, who waited outside for Mr. Trudeau’s arrival at a campaign event in Barrie, Ont., said there’s “a lot more” the Liberal Leader can do to go beyond paying “lip service" on reconciliation.

Ms. Blackstock also said Mr. Trudeau’s comments demonstrate that he is failing to take responsibility after the September tribunal order, adding that the federal government must immediately comply with its findings.

The office of Indigenous Services Minister Seamus O’Regan would not say Thursday whether the government will appeal the tribunal’s decision.

Instead, it said it is reviewing the order in detail so it “receives the full attention it deserves.”

The government has nearly doubled investments for Indigenous child and family services since 2016 to $1.2-billion, it added in its statement, noting that $21.4-billion over the government’s mandate has been earmarked for Indigenous housing, education, health care, infrastructure and water.

The minister’s office also said that the government co-developed legislation to change the child and family services system to enable Indigenous partners to determine “what’s right for their children."

Conservative Leader Andrew Scheer said Thursday that it is “incredibly important” for the government to work to ensure children in care receive “the highest levels of care possible.”

He added that this is an issue he has raised in discussions with Indigenous leaders.

Mr. Scheer was part of the previous Harper government that fought the Assembly of First Nations and Ms. Blackstock’s organization after the groups brought forward a human-rights complaint in 2007 arguing that the federal government failed to provide First Nations children the same level of child-welfare services.

In January, 2016, the tribunal found that Canada had been discriminatory.

“As leader of this party, I have an opportunity to chart our own course on these types of issues and these are issues I will be taking very, very seriously,” Mr. Scheer said in Montreal.

The federal NDP has repeatedly called on the federal government to fully comply with the orders from the tribunal. 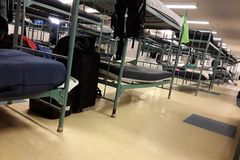 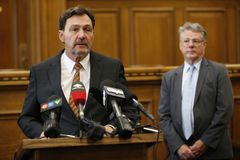 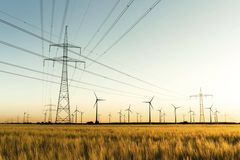 Opinion
The lack of clean drinking water in Indigenous communities is unacceptable
September 24, 2019 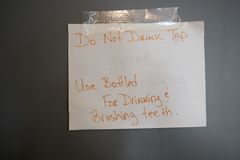