A group of voters and an advocacy organization have complained to five independent government watchdogs that Canada’s main political parties routinely violate Canadians’ privacy rights by compiling massive and detailed databases that include their likely political allegiances.

The Centre for Digital Rights, a group created by Canadian entrepreneur Jim Balsillie, has filed detailed complaints to the agencies, which are responsible for protecting Canadians’ privacy rights.

“Political parties are misrepresenting to Canadians what they do in terms of the practice of privacy protection," said Bill Hearn, a lawyer acting on behalf of the centre and the Canadians involved in the complaints. "They say one thing in their privacy policies and they’re doing something else in practice.”

The complaints focus on the Liberals, Conservatives and New Democrats.

Parties are allowed access to Elections Canada’s list of voters, which contains the names and addresses of registered citizens. The Canada Elections Act says parties and candidates can obtain and use the list to communicate with potential voters to campaign and raise funds. Any other use is prohibited.

The Globe and Mail has reviewed the written submissions. All differ slightly to address potential violations that fall under the mandates of each oversight body.

Some include complaints from individuals about their own interactions with federal political parties. The submission to the CRTC also names Facebook Inc. in connection with parties’ use of the company’s online tracking tools to collect personal information.

The common theme of the submissions is that the parties are going beyond the legally authorized uses of the list of Canadian electors by compiling extremely detailed personal profiles.

In its complaint to the Commissioner of Canada Elections, the centre says that parties add data from sources such as social-media posts or reports from door-to-door campaigners in a way that produces detailed databases on probable voting intentions and voting history.

The complaint says all three parties use scoring systems based on details about individuals to assess their political leanings.

“This enables the parties to concentrate their efforts on moderate-to-strong supporters and to ignore the balance of the electorate,” the complaint says. “An investigation into the misuse of those lists is therefore warranted.”

While the federal privacy commissioner has said political parties are exempt from federal privacy laws, Mr. Hearn’s case argues that the notion of an exemption is a misunderstanding.

“We don’t see it written anywhere as an exemption [for parties],” Mr. Hearn said. “It’s an interpretation of the law. Ultimately, the courts are the final arbiters of how that law is to be interpreted.”

The documents urge the five watchdogs to co-operate with each other and to share information as appropriate should they choose to investigate.

The five offices all declined comment on the complaints. The parties and Facebook have not yet received copies of the complaints, which the centre will soon make public. Mr. Hearn said he’s cautiously optimistic the watchdogs will investigate.

Some of the independent offices have recently signalled an interest in this area.

B.C. Privacy Commissioner Michael McEvoy issued a ruling in August that the province’s privacy legislation applies to federal political parties. He also said he will look into a complaint involving a federal NDP riding association.

A recent update to Canada’s election laws requires parties to have privacy policies, but did not stipulate what they should contain.

Federal Privacy Commissioner Daniel Therrien and Chief Electoral Officer Stéphane Perrault called earlier this year for political parties to make specific pledges, such as to inform individuals if their information will be uploaded to social-media platforms for data analysis and profiling. The commissioners also said Canadians should have the right to access their information to see what has been gathered.

None of the major parties included such specifics in the privacy policies they released before the election campaign began. They released general policies that explain the types of information gathered, promise to protect voters’ personal information and make broad pledges to respect personal privacy.

Editor’s note: An earlier version of this story said incorrectly that Elections Canada’s list of voters provided to parties contains the gender and birth date of registered citizens. In fact, the information that Elections Canada is required to provide to parties and candidates contains only names, addresses and a unique identifier. It does not include gender or birth date.

Opinion
The Liberal government’s vision for your privacy seems to be quite private, itself
September 13, 2019 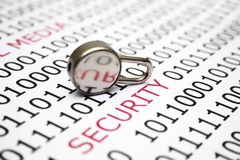 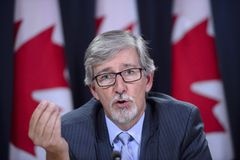