Liberal MPs have voted for the second time in a week to close down any further parliamentary inquiry into high-level political interference in the criminal prosecution of Montreal-based SNC-Lavalin, prompting the opposition parties to accuse the Trudeau government of a cover-up.

Members of the House of Commons ethics committee met Tuesday to consider an attempt by the opposition to hold a new investigation into the SNC-Lavalin matter and to call former attorney-general Jody Wilson-Raybould and former Treasury Board president Jane Philpott to testify.

Conservative and NDP MPs argued that the government tried to silence Ms. Wilson-Raybould when the Liberals on the House justice committee closed down its inquiry into the SNC-Lavalin affair last week.

But Liberal MPs on the ethics committee used their majority to defeat the bid by a vote of 6-3, putting an end to further House of Commons probes into attempts by Prime Minister Justin Trudeau and other top officials to shelve the fraud and bribery prosecution of SNC-Lavalin.

The Conservatives and NDP on the ethics committee had requested the Prime Minister waive all cabinet confidentiality and solicitor-client privilege for the time period from when Ms. Wilson-Raybould was demoted to Veterans Affairs in early January to her subsequent resignation from cabinet in mid-February.

The waiver the federal cabinet approved last month lifted cabinet confidentiality and solicitor-client privilege for the conversations relating to SNC-Lavalin that took place while Ms. Wilson-Raybould was attorney-general but not the specifics of the criminal prosecution which remain confidential.

“Canadians deserve to know the whole truth,” Conservative MP Peter Kent told the ethics committee. “There remain many unanswered questions about the former attorney-general’s resignation from cabinet, the presentation she gave to cabinet after her resignation and the discussions she had after being replaced as attorney-general.”

Ms. Wilson-Raybould testified before the justice committee on Feb. 27 that she faced “constant and sustained” pressure from the Prime Minister and other top aides to override federal prosecutors and grant a deferred prosecution agreement for SNC-Lavalin. The B.C. Liberal MP has said she has more information to disclose and would like the Prime Minister to allow her to speak freely about the time from when she was shuffled out of the justice portfolio to her resignation from cabinet.

Ms. Philpott last week complained about “an attempt to shut down the story,” saying “there is still a substantial amount of her [Ms. Wilson-Raybould’s] story that’s not out there.”

The opposition parties on the ethics committee had been counting on Liberal MP Nathaniel Erskine-Smith, who earlier supported calls for a public inquiry into SNC-Lavalin, to join them in voting for an investigation by that committee.

Ms. Wilson-Raybould had earlier said that she had additional "relevant facts and evidence” – documents that she said will support her version of what transpired between September and December, 2018, when she was attorney-general and justice minister.

“Frankly at this time, justice is seized with it, the waiver applies and there are more documents forthcoming to justice. It seems like we’re getting a little bit ahead of ourselves at this committee," he said.

He also noted the matter is being investigated by Ethics Commissioner Mario Dion.

NDP MP Tracey Ramsey told the ethics committee the Liberals were “trying to silence” Ms. Wilson-Raybould as well as Ms. Philpott, who resigned in early March, saying she had lost confidence in how the Prime Minister had handled the SNC-Lavalin matter.

“At the heart of this is extensive lobbying from SNC to influence the Prime Minister ... to intervene and go to the former attorney-general to pressure her to change her mind,” Ms. Ramsey said.

“The cover-up continues,” Conservative MP Pierre Poilievre told reporters after the vote. “The Prime Minister clearly has something to hide. … If Trudeau wants the truth to come out, he’ll let people appear before committee to tell the truth.”

NDP Leader Jagmeet Singh joined his MPs after the committee hearing, reiterating his party’s call for an independent public inquiry.

“The ethics committee shut down any slim hopes that Canadians had that we would be able to get to the truth about this scandal,” he said.

Outside the committee, Mr. Erskine-Smith told reporters that if Ms. Wilson-Raybould and Ms. Philpott have additional evidence to provide, regardless of time period, they should be allowed to bring it forward.

“My view is that if we’re getting at the truth, if there’s any evidence outside that time period that is relevant to the questions at issue, then it should be permitted,” he said, noting that issue was not before committee on Tuesday.

On Monday, the Prime Minister told reporters there was no need to grant another waiver to Ms. Wilson-Raybould, saying the justice committee had a “full airing” of the matter.

The issue has dominated Parliament since The Globe and Mail reported on Feb. 7 that the Prime Minister’s Office pressed the then-attorney-general to negotiate a settlement without trial for SNC-Lavalin.

In the fallout, Ms. Wilson-Raybould and Ms. Philpott resigned from their cabinet positions and Mr. Trudeau’s close friend and principal secretary, Gerald Butts, stepped down. On March 18, former clerk of the Privy Council Michael Wernick retired, saying he had lost the “trust and respect" of the opposition parties over his role in the SNC-Lavalin case.

One option that remains open to Ms. Wilson-Raybould is to raise a question of personal privilege in the House of Commons to speak freely about what transpired after the cabinet shuffle. She would be covered by parliamentary immunity and could not be sanctioned for violating cabinet confidentiality and solicitor-client privilege. However, it would be up to the Speaker whether to allow her to speak and he could limit the time to 20 minutes.

“We know that those are not practical suggestions given the time limitation generally imposed by the Speaker. The ethics committee would have been a safe and a civil place for her to speak,” Mr. Kent told the committee. 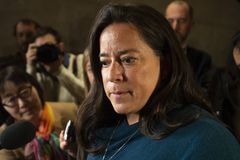 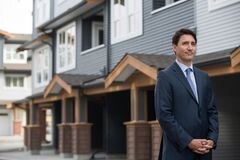 Opinion
The Liberals’ strategy on the SNC-Lavalin affair is tying them into knots Subscriber content
March 25, 2019