Prime Minister Justin Trudeau has embarked on a political battle with the Senate and a potential legal fight with Quebec and Manitoba in order to give all Canadians the right to grow their own cannabis.

Mr. Trudeau and his government formally rejected the Senate’s key amendment to Bill C-45 on Wednesday, vowing to proceed with a regime for legal cannabis that will allow adult Canadians to have up to four plants at home. The Senate, which is a protector of provincial rights, wanted to confirm that Quebec and Manitoba would have the ability to prohibit home cultivation.

Before a caucus meeting, Mr. Trudeau asserted the federal government’s responsibility for creating rules that will push organized crime out of the cannabis market. Health Canada is licensing the companies that will produce recreational cannabis, but Mr. Trudeau does not want to criminalize those who grow small quantities at home.

“We’re making the changes to keep Canadians safe and one of the strong recommendations by experts was that we ensure personal cultivation of four plants at home,” Mr. Trudeau told reporters. “We have heard what the senators had to say on this matter, but we will go ahead with the recommendations from experts.“

Marijuana legalization: How Canada is planning on regulating recreational cannabis

The government’s position could prompt a power struggle between the House of Commons and the Senate in coming days. The 32-member Conservative caucus in the Senate will continue to fight for the provinces’ right to prohibit home cultivation, but it remains unclear how the 46 members of the Independent Senators Group will react.

Convention has it that the Senate will ultimately defer to the House of Commons and will not refuse to pass a bill, especially one that fulfills an election promise. The case of Bill C-45 could be a test of that convention.

None of the senators appointed by Mr. Trudeau voted against the bill, including two who were sworn in the day of the vote.

“We have time in front of us,” said independent senator André Pratte, who had proposed the amendment on home cultivation.

Independent senator Tony Dean, who sponsored Bill C-45 in the Senate, said he was disappointed by the rejection of the amendment, while defending the government’s right to design a new production system.

“My view on this is that at the end of the day, government makes decisions and they are the decision maker in our context. Importantly, accountability goes along with that; the government is responsible for the bill and its outcomes,” Mr. Dean said.

Saying it will be hard to police, Quebec and Manitoba have both decided to prohibit home cultivation in their respective legislation dealing with recreational cannabis. This nearly guarantees that the matter will eventually end up in front of the courts.

“If there is a legal battle to wage, we will wage it,” Quebec Health Minister Lucie Charlebois told reporters in Quebec City.

“Canadians can grow their own tobacco and make their own beer and wine at home. ... People can already grow cannabis for medical purposes. We think it is logical for the proposed legislation to be consistent when it comes to recreational cannabis,” she told reporters.

Ms. Petitpas Taylor said that if individual provinces want to impose further restrictions on home cultivation, they have the necessary leeway to make up their own rules, within certain limits.

“Provinces and territories have the right to bring down the number to one plant for home cultivation,” she said.

Ms. Petitpas Taylor declined to speculate on the Senate’s reaction to the government’s refusal to accept its amendment on home cultivation.

“I hope they will accept the government’s decision,” she said. “I cannot comment on something that may or may not happen.”

The Conservative senators will try to convince Liberal and independent senators to stick to their guns, especially on home cultivation and efforts to force more transparency on the identity of investors in the cannabis industry. On home cultivation, Conservative senator Claude Carignan said the government’s position will only lead to unnecessary court battles with Quebec and Manitoba.

“It’s one of our key responsibilities in the Senate to defend the powers of the provinces, it’s a fundamental issue,” he said.

There have been a number of political battles between the House and the Senate in recent months, but the one over cannabis stands to be the most closely watched as Ottawa seeks to lift the prohibition on the drug that goes back to 1923.

The date for the vote in the House on Bill C-45 has not been set. 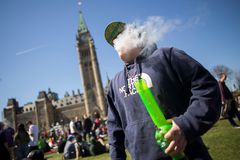 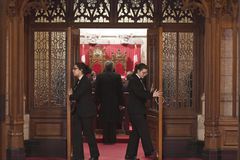 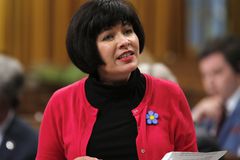