Canada is timidly back. The Liberal government announced the return to UN peacekeeping in a timorous voice.

In a press scrum, Foreign Affairs Minister Chrystia Freeland let slip that caution is the watchword for the mission that Canadian Forces will take on in Mali. The government, she said, wanted to make “a real contribution in as careful a way as possible.”

That was an apt description for what Defence Minister Harjit Sajjan announced: Two transport helicopters and four attack helicopters will be sent to Mali, with crews, support troops and medical staff.

It’s not boots on the ground, in the sense that Canadian troops won’t patrol dangerous areas of Mali, a country where Islamist terrorists harass civilians and have killed 99 United Nations peacekeepers so far. It is birds in the sky, and that’s a lot less risky.

Mali is, by fatality count, the most dangerous of current UN missions – 162 deaths so far, 99 by “malicious act” – even though it’s not nearly as deadly as the Canadian mission in Kandahar province from 2006 to 2011. But sending an aviation task force is a far less risky venture than sending ground troops.

“It’s safer,” said Royal Military College professor Walter Dorn, a specialist in peacekeeping. Most of the peacekeepers killed in Mali were victims of improvised explosive devices that blew up their vehicles, he said. “The UN has not had any helicopters shot down in Mali, although they have had two crashes.”

So up to 250 Canadians will go in an aviation task force to crew the choppers, arrange logistics, conduct medical evacuations, and support. Dr. Dorn called it a “small but important step toward re-engaging in peacekeeping.”

It’s useful. Helicopters are in demand. Chinooks are big, hefty aircraft that can carry heavy equipment in hot, dusty weather and serve for medical evacuations or troop transport. The Griffons can protect them, or fight.

There is risk. Going to Mali is a risk that Stephen Harper’s Conservatives didn’t want to take at all. France asked for Canadian help when it sent troops to Mali in 2013 to stop Islamist fighters from taking the capital, Bamako. Mali’s weak government had been in danger of being overrun by al-Qaeda-affiliated fighters, and remained unstable. But Mr. Harper figured most Canadians didn’t know Mali from Malawi, and after Afghanistan, they didn’t want troops going into harm’s way in Africa.

Now, Mr. Trudeau’s government is stepping cautiously. The task force is the peacekeeping equivalent of the half-dozen fighter jets Canada has sent to NATO missions in Kosovo and Libya – modest in scope, with risks minimized.

The Liberals, after all, can see the political danger. The Conservatives accused Mr. Trudeau of sending troops into a “war zone” just to realize a “personal” ambition of getting a seat on the UN Security Council. He’s risking lives, they said, for a mission that’s not in Canada’s national interest.

That seemed odd coming from former ministers in Mr. Harper’s government. The goal of the Mali mission, helping a weak government stop the spread of Islamist extremism, echoes the aims those same MPs once expressed for the Canadian mission in Afghanistan.

Manitoba Conservative MP James Bezan, asked whether the Conservatives would support any UN peacekeeping mission, said his party supports the idea of a mission to Ukraine – although there isn’t one there yet. Presumably, it’s the million or so Ukrainian-Canadians that make that a mission that serves Canada’s national interest. And Mali is just a faraway place to put Canadian soldiers at risk.

But clearly, the Liberals now worry a lot of Canadians will think that way about a mission to Mali, too. They once touted an ambitious plan to return to peacekeeping, but now they worry Canadians won’t like it when they arrive. 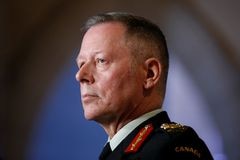 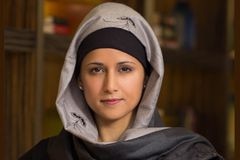 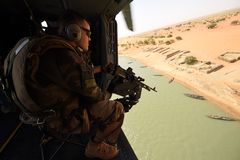