Liberal MP Celina Caesar-Chavannes is unequivocal about the state of race relations in Canada.

“Systemic racism exists,” she said, citing a statistic that less than 5 per cent of CEOs are non-Caucasian women. “You can’t find a woman of colour to run your organization? Mmm. Interesting.”

The first-term MP for Whitby, a suburb east of Toronto previously held by the late Conservative finance minister Jim Flaherty, is sitting in her office across from Parliament Hill. Hanging above her desk is a painting of a black woman with a mass of curly hair, captioned with the title, “Unapologetic.”

“I just thought, that is just so perfect,” Ms. Caesar-Chavannes, a 43-year-old married mother of three with two MBAs, said of the artwork, which shares the walls with prints of two women embracing and the murdered rapper Notorious B.I.G.

She picked up the piece at an event last year, shortly after she gave a statement in the House of Commons about wearing her hair in braids, in a clip that went viral and was picked up by Oprah Winfrey’s magazine. Ms. Caesar-Chavannes – likely the only MP in the history of Hansard to utter the phrase, “Mr. Speaker, I will continue to rock these braids,” followed by the assertion that they “look pretty dope” – used the short speech to talk about the body-shaming of women on everything from their hairstyles to the size of their hips and lips.

“Every woman could understand what that means, but a black woman in particular would know that I was talking to her,” Ms. Caesar-Chavannes said.

Since arriving on Parliament Hill almost three years ago, Ms. Caesar-Chavannes has emerged as one of the most prominent voices for women in the Liberal caucus.

She has regularly spoken out about her battles with depression and her run-ins with “micro-aggressions,” which she describes not as explicit acts of racism, but “a subtle way of tearing at somebody.” In an Instagram post in December, she shared a story about a woman who put her wallet down in the bathroom and told Ms. Caesar-Chavannes, “Don’t steal my wallet, okay?”

“When I hear that, the assumption that I understand is that you think that because I’m a black woman in a bathroom, I will steal that,” she said.

Unlike her colleagues, Ms. Caesar-Chavannes, who also serves as the parliamentary secretary for international development, focuses less on policy and more on personal matters. It is a role she is happy to embrace.

“I think the side was always there, I just never had a microphone this big,” she said. “People are thirsty for this stuff. They’re thirsty for people who have their similar experiences.”

Mr. Speaker, I will continue to rock these braids.

And yes, she is unapologetic. Most of the time.

A recent Twitter spat with Conservative MP Maxime Bernier over federal funding for “racialized Canadians,” including mental-health programs for black youth, became heated when Ms. Caesar-Chavannes told Mr. Bernier to “check your privilege and be quiet” after he criticized the government’s efforts as sowing division and contrary to the idea of being “colour-blind.”

She later tweeted that she was wrong and it was “not cool” to tell Mr. Bernier to be quiet, offering to meet with the former Conservative leadership contender, which he rejected.

As a result of the incident, Ms. Caesar-Chavannes said that she was unfairly targeted by “trolls” as well as some media for using the term “privilege.” But as members of Parliament, “We both have it. I check my privilege on a regular basis,” she said.

“His privilege is that he doesn’t have to ever know what it’s like to live with colour. So you sit there and say you don’t see it. Well good for you, because you’ve never had to experience it, sweetheart. So check yourself,” she said.

Ms. Caesar-Chavannes, who served as Justin Trudeau’s parliamentary secretary until January 2017, said she believes she has the Prime Minister’s ear, sharing a story about Defence Minister Harjit Sajjan visiting her riding the other week.

“Minister Sajjan said, ‘You know, out of many people that we have in our caucus, the one person that people sit up and listen to, including the Prime Minister, is Celina,’” she said. Perhaps as proof, the government is set to launch pan-Canadian consultations on racism.

Her goal as a parliamentarian, she said, is to leave a legacy for the next generation of women on the Hill. But she is honest about the mixed reactions she has received in her riding, saying it could impact her chances for re-election in 2019.

“If me speaking out and calling things out is going to make me a one-term MP, so be it. I accept it,” she said. “But that doesn’t mean I’m going to stop.”

Bernier says no common ground to be found with Liberals on identity politics
March 6, 2018 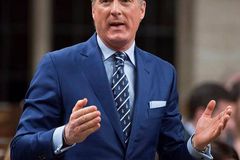 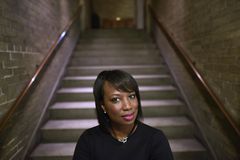