A Liberal MP was listed as a director of a cannabis start-up earlier this year in documents sent to prospective investors, even though the Member of Parliament has never publicly disclosed any involvement with the company.

Mississauga-Lakeshore incumbent Sven Spengemann told The Globe and Mail he agreed to be on the board of this new company, Andean Farm and Pharma Corp., but never formally signed on and took an advisory role instead.

Mr. Spengemann told The Globe he is not sure when he accepted the directorship, and referred a question about why his name was included in the list of directors in the documents back to the company.

The documents, which The Globe has obtained, were sent to investors in February and April, 2019.

“In most cases, the start date of the position is equivalent to the date they are formally registered on the company’s registry, but that is usually evaluated on a case-by-case basis,” spokesperson Jocelyne Brisebois said in an e-mail.

Mr. Spengemann is not listed as a director of Andean Farm and Pharma in corporate records, nor did he make a formal declaration to the Conflict of Interest and Ethics Commissioner. His office told The Globe in August that while he “initially” agreed to sit on the board, he decided against it in July after consulting the commissioner.

Mr. Spengemann said he never acted as a director and so did not need to disclose the initial acceptance of the position.

“I decided, in close consultation with the office of the ethics and conflict of interest commissioner, not to proceed with a directorship. I am not remunerated, I don’t own shares, I don’t hold stock options. I’m giving some pro bono advice as an adviser,” Mr. Spengemann said.

The company incorporated in October, 2018, according to the BC Registry Services. The documents sent to potential investors say Andean Farm and Pharma was trying to raise $26.6-million to acquire a medical cannabis grow-op in Colombia and establish a recreational cannabis operation in B.C. to “supply high-­end recreational cannabis to the Canadian market.”

Mr. Veniez said the company has shelved its plans in B.C. and is focused on building a business in Colombia “for now.”

Governance experts question why, if Mr. Spengemann was never formally a director, he was listed as one in documents sent to investors and why it took so long for him to clarify his position with the company.

The fact that Mr. Spengemann is listed as a director in the February and April documents even though he says he never formally accepted the role and the length of time that it took for the roles to be sorted out is “anomalous,” according to Richard Leblanc, a governance, law and ethics professor at York University. He noted that, especially in a company’s infancy, being able to associate with a government MP provides a look of legitimacy and an “investor glow.”

The documents that list Mr. Spengemann as a director also identify him as an MP and a member of the House of Commons’ national defence and public safety and national security committees. He has “substantial experience in the private sector (banking and capital markets), government and academia,” they add.

At a Brampton campaign stop with Liberal Leader Justin Trudeau in September, Mr. Spengemann said he didn’t know how much time elapsed between accepting and then declining the directorship. “I don’t know what the time frame was," he said. He also didn’t explain why he was included as a director in the documents, but said they were “draft” versions.

Mr. Veniez told The Globe the documents were not drafts, and Mr. Spengemann agreed to be included in the documents sent to investors.

“Sven and the other directors agreed to serve on the board and allowed for their names to be included in a summary document that [was] presented to various investors,” Mr. Veniez said in an e-mail last week.

Mr. Spengemann’s office did not provide a response to Mr. Veniez’s comment.

Mr. Veniez is a former Liberal candidate, and says he is a friend of Mr. Spengemann, whom he endorsed in a media article a year before the 2015 election.

Mr. Veniez said Mr. Spengemann withdrew his name from the board after the company decided to “formally appoint directors and button down our corporate structure.”

Mr. Harper said documents sent to investors were updated to reflect the change.

The MP, who is running for re-election, noted that the disclosure of an advisory role isn’t required. He said his constituents would understand his association with the company based on “what the circumstances are of medical cannabis, what the global context is, [and] what the emerging opportunities are.”

Mr. Spengemann said because being an adviser is of “lesser significance” than being a director, it doesn’t warrant disclosure. He said his role is based on his experience in legal and private practices, working overseas and “having connections.”

Mr. Spengemann has not mentioned cannabis or Andean Farm and Pharma in the House of Commons, according to Open Parliament, a privately run online transcription of House proceedings. He voted in favour of legalizing cannabis in 2017.

Because the rules don’t require disclosure, it’s unclear how many MPs held advisory roles in any capacity in the last Parliament. The NDP said none of its MPs are advisers to companies. The Conservatives did not comment. The Liberals would not say whether any more of their MPs held advisory roles, but said all of their MPs follow the ethics rules.

Prof. Leblanc said the rules should be changed because they create a loophole for companies to influence elected officials and are a minefield for potential conflicts of interest.

At the very least, he said, disclosure requirements should apply to both director and advisory roles.

Michel Magnan, a corporate governance professor at Concordia University, said allowing MPs to hold advisory positions creates the potential for conflicts of interest, is “not in sync” with public expectations, and raises questions about motivation.

“If you’re not being paid, why are you doing it?" he asked.

Mr. Veniez strongly defended Mr. Spengemann and his role in the company, and said the MP took a “very significant" financial hit by turning down the directorship.

He also said his MP status has nothing to do with why the company asked him to consult with them, and said his presence on the list of board members didn’t help raise money. “When he stopped being on the board is when we started to have detailed negotiations with significant investors,” Mr. Veniez said.

“He doesn’t bring a skill set as an MP, he happens to be an MP," Mr. Veniez said. "The guy is as honest as the day is long and so are we, so if you’re implying that I’m stupid enough to think that having a backbench MP to lobby in some way, we don’t need to do that.”

NDP MP Charlie Angus, who sat on the ethics committee before Parliament was dissolved for the election, said he never thought such a rule was necessary because it was “obvious” MPs shouldn’t put themselves in advisory roles where the possibility for conflict is “so clear.” 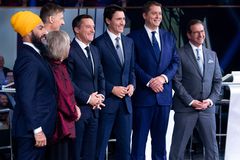 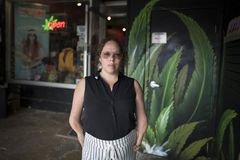 Hexo to sell cannabis by the ounce in bid to kickstart sluggish sales
Subscriber content
October 16, 2019 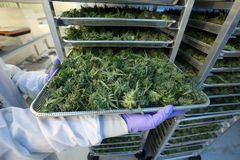