Liberal MPs blocked an effort by the opposition on Wednesday to immediately invite Jody Wilson-Raybould back to a parliamentary committee to speak further about the government’s effort to put pressure on her to shelve the criminal prosecution of SNC-Lavalin Group Inc., despite the former justice minister’s willingness to testify again.

Rather, Liberal members of the House of Commons justice committee voted to reconvene behind closed doors on March 19 – the day the federal government will table its budget – to consider whether they will invite Ms. Wilson-Raybould and other senior government officials to testify. The committee voted on the matter on Wednesday after more than four hours of testimony from officials involved in the SNC-Lavalin affair, including Prime Minister Justin Trudeau’s former principal secretary, Gerald Butts.

In a statement on Wednesday, Ms. Wilson-Raybould said she would be willing to appear before the justice committee if asked to give additional testimony. The former justice minister and attorney-general, who resigned last month, appeared before committee last week, where she alleged “consistent and sustained” political pressure from Mr. Trudeau and other senior officials to defer the criminal prosecution of Montreal engineering and construction giant, SNC-Lavalin.

“I would of course make myself available to the committee if requested to give additional testimony, to answer any further questions and to provide further clarity that may be required,” Ms. Wilson-Raybould said in a statement.

“I will note, as I indicated at the time, my statement to the committee was not a complete account but only a detailed summary.”

Randy Boissonnault, a Liberal MP who sits on the justice committee, said members need time to reflect on what they’ve heard before meeting at their regularly scheduled time on the morning of March 19.

“We will make a decision on the next steps there and then we will see what happens after that," Mr. Boissonnault said.

Speaking publicly for the first time since resigning last month, Mr. Butts told the committee on Wednesday that he did not feel that Ms. Wilson-Raybould was subjected to pressure to overrule federal prosecutions and settle with SNC-Lavalin out of court. He also denied that she was removed as justice minister and attorney-general because of her refusal to negotiate with the company. Mr. Butts resigned shortly after Ms. Wilson-Raybould quit cabinet in February.

“The reason why decisions aren’t being made in a quick fashion is because they have to continuously go back and consult with the Prime Minster’s Office, at least that’s the way it looks to me,” Ms. Raitt said.

The NDP also urged the Liberals to give Ms. Wilson-Raybould another opportunity to speak.

“It seems grossly unfair, with all due respect, that we were allowing Mr. Butts to come and talk about what happened after she [left] cabinet but she can’t do so,” NDP justice critic Murray Rankin said.

Ms. Wilson-Raybould said she is still limited as to what she can say, since a cabinet order permitting her to speak without violating solicitor-client privilege and cabinet confidentiality does not apply to conversations that took place after she was shuffled out of the justice portfolio or in relation to her resignation. 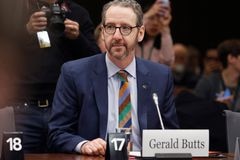 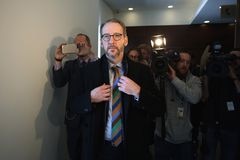 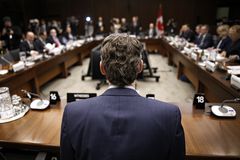