So much for parliamentary reform, and political transparency. Liberal MPs have no time for that stuff.

They voted against giving MPs more power four times on Wednesday, and then tried to keep the whole thing secret.

In their first official caucus meeting of the new Parliament, Liberal MPs held the votes on governance required under the Reform Act of 2014.

These are questions that define some of the power relationship between backbench MPs and their party leaders. Can the party leader unilaterally expel an MP from caucus? Can MPs remove the party leader? Can they choose an interim leader? Do MPs have the right to elect their own caucus chair?

On each, Liberal MPs voted against giving themselves more authority.

We now know that most Liberal MPs just don’t believe they should be entrusted with real authority. They would rather have a leader such as Prime Minister Justin Trudeau, or his staff, tell them what is allowed.

Last spring, when Mr. Trudeau was engulfed in the SNC-Lavalin affair, the Prime Minister unilaterally expelled former cabinet ministers Jody Wilson-Raybould and Jane Philpott. Ms. Wilson-Raybould had testified at committee hearings, embarrassing Mr. Trudeau. Ms. Philpott had resigned her cabinet post, and suggested that the government should be forthright.

But the truth is, when Mr. Trudeau kicked them out, most Liberal MPs felt relieved.

On Wednesday, there was little appetite among Liberal MPs to curb the PM’s power.

Maybe we shouldn’t be surprised. But this was, after all, a Liberal Party that came to power in 2015 promising a new era of transparency and openness. Mr. Trudeau went around pledging to empower MPs.

In opposition, Liberal MPs including Mr. Trudeau had voted for the Reform Act, proposed by Conservative MP Michael Chong as a way of shifting influence back to individual members of Parliament.

It was supposed to establish new rules of governance: Each party caucus could choose its own rules, but it had to decide on each one in a recorded vote.

This time, at least, Liberal MPs voted as the law requires. But they said nothing about it. Caucus chair Francis Scarpaleggia insisted that the results were a secret. “It’s internal,” he said.

This was a pathetic retreat into the political ethos of a previous century.

For some reason, MPs still think that the governance of their caucus is akin to the rules of a private club. It is not. MPs have a responsibility to Canadians for holding the executive to account, and for holding their party leaders to account. The public has every right to know the rules of the relationship between them. That is minimal transparency.

This is not, as Mr. Scarpaleggia claimed, a matter of caucus confidentiality. MPs from each party invoke that concept to speak freely among themselves. The Reform Act results, on the other hand, are the outcome of a legislatively mandated vote on the governance of parties in Parliament. Yet the Liberal Party still thinks it is none of your business.

But Liberal sources said the party’s MPs voted against empowering themselves in each instance. The Globe and Mail is not identifying the sources because party officials do not allow MPs to speak publicly about caucus discussions.

The MPs were generally in consensus, the sources said, with many arguing that the Reform Act was Mr. Chong’s bill, and if Liberals want to do caucus reforms, they would do it their way.

Unfortunately, the Reform Act is now a shadow of its original intent. Conservatives adopted some of the rules, but the NDP voted them all down, too. Many MPs worry more about caucus unity than a parliamentarian’s independence.

And in the end, MPs have power if they have the guts to exert it. The Reform Act was only supposed to shift the balance a little, and provide some accountability.

Still, it provided a clear signal that all the 2015 campaign rhetoric about MPs’ empowerment and transparency is now dead-letter politics: The Liberals wouldn’t even tell the public how they voted.

Opinion
Alberta’s relations with Canada will never be the same Subscriber content
December 9, 2019 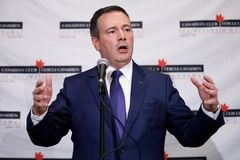 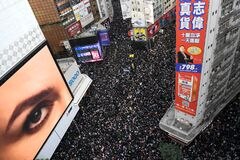 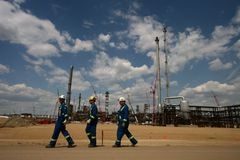