The Trudeau government’s success in getting the Trump administration to eliminate tariffs on Canadian aluminum and steel exports is hugely important for the thousands of Canadians whose jobs were threatened by those tariffs, and for the domestic economy generally.

Will this cause the Liberal Party to drop the campaign of fear they are waging against Andrew Scheer’s Conservatives, and return to sunny ways? Probably not. It’s in Grit DNA to accuse Tories of a hidden agenda, even though none has ever been found.

The tariff announcement is a big political as well as economic win. The government can now proceed to ratify the new North American free-trade agreement that Canada, the United States and Mexico negotiated last year.

Provided they are able to get the new agreement through Parliament in the four sitting weeks that remain, the Liberals will enter the summer with a major boost to their credibility as economic stewards of the country. No wonder Justin Trudeau beamed with pride and delight as he talked to mill workers in Sept-Îles, Que., Tuesday morning. He couldn’t have asked for better news five months before the federal election.

Will that news reverse the damage of the SNC-Lavalin affair? That’s impossible to know right now. Allegations that the Prime Minister and his advisers sought to influence the prosecution of the engineering firm led to the resignation of two ministers and a serious slide in the polls.

The prosecution of Vice-Admiral Mark Norman for allegedly leaking information also damaged the government, even though the charges have been stayed. Voters may not know the details of either controversy, but in combination they have left a hole in the Liberals’ reputation that even the best economic news may not be sufficient to fill.

Mr. Trudeau will also have taken note of last weekend’s election in Australia. Bill Shorten’s Labour Party, campaigning on a platform with a strong emphasis on fighting climate change, was widely expected to win. Instead, Scott Morrison’s Liberals (read: Conservatives) secured a majority government in coalition with another conservative party.

One reason for the victory was the Coalition government’s decision to approve a huge new coal mine. Australian voters feared economic insecurity more than environmental hazard. Do Canadian voters feel the same?

Facing a steeper challenge to re-election than they had anticipated, the Liberals have started accusing the Conservatives of harbouring a hidden agenda. A number of U.S. states recently passed laws limiting or eliminating abortion rights. The Liberals are falsely claiming that the Conservatives would pass similar laws if elected.

Mr. Trudeau last week spoke of “conservative governments and conservative politicians taking away rights that have been hard-fought over many, many years by generations of women and male allies.” Status of Women Minister Maryam Monsef, referencing 12 Conservative MPs who attended an anti-abortion rally, asserted “the Conservative Party of Canada is demonstrating their willingness to reopen the debate and roll back women’s rights and autonomy." The party is sending out fundraising letters asking for donations to protect a woman’s right to choose.

This is all bosh. Yes, there are social conservatives within the Conservative caucus. But Mr. Scheer has repeatedly and unequivocally declared his government would take no action to limit abortion rights. Stephen Harper made the same pledge when he was party leader and kept it.

The Liberals have plenty of ammunition with which to confront the Tories. Mr. Scheer has promised to release his environment platform in June, but the Conservatives are unquestionably laggards on the climate-change issue. Their plans to eliminate the near-$20-billion annual Liberal deficits will lead to cutbacks in transfers for health care, education and social services.

And while Mr. Scheer believes Mr. Trudeau’s government has mismanaged relations with both China and the United States, he has little to offer on how he would do things differently.

There are lots of reasons not to vote Conservative. Fearing Andrew Scheer would limit a woman’s right to choose should not be one of them.

The Liberals have secured a major accomplishment in trade with the United States, one that may change the channel of negative publicity that has been afflicting them these past few months.

The facts are on their side, right now. They should stick to them and stop inventing straw monsters. 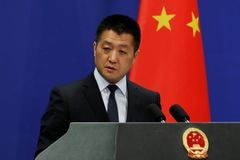 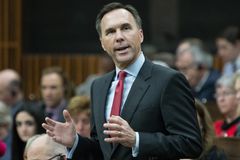 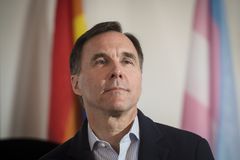