Another week, another senior government figure overboard. The tally so far is two ministers, a principal secretary and a clerk of the Privy Council. One more makes a kitchen cabinet.

If this is Prime Minister Justin Trudeau’s way of putting the SNC-Lavalin affair behind him, and making everybody forget Jody Wilson-Raybould, he’s making a mess in the process. The Liberal efforts to make the scandal disappear haven’t exactly been a magic act.

On Monday, Michael Wernick, the Clerk of the Privy Council, and the country’s top civil servant, effectively resigned by announcing he will retire – saying that after his recent justice committee testimony in the SNC-Lavalin affair, there was a breakdown in trust between him and opposition leaders.

At the same time, Liberal MPs signalled they will shut down justice committee hearings on the matter. And then appointed former deputy prime minister Anne McLellan to review whether the roles of justice minister and attorney-general should be separated – and while there’s nothing wrong with that in theory, or with Ms. McLellan’s acumen, Mr. Trudeau strained credulity when he rose in the Commons and described the veteran Liberal as someone who would “independently investigate.”

At any rate, a study on an arcane point of institutional governance isn’t likely to convince ordinary Canadians that all is well here, and the subject is suitably closed.

After all, little grenades keep going off in the circles around Mr. Trudeau, and each one seems to leave unanswered questions.

The latest is the departure of Mr. Wernick, who said he had to resign because his testimony over the affair had broken down trust with opposition parties, so he couldn’t properly fill the role of an impartial civil-service chief.

It means another key figure in the SNC-Lavalin affair is gone. That’s four resignations over a matter in which, Mr. Trudeau insists, nothing inappropriate was done.

Mr. Wernick’s resignation is the kind that just doesn’t happen. Clerks of the Privy Council usually serve three or four years wielding immense, discreet power in general anonymity. Average Canadians rarely hear their name. Clerks don’t get caught up in the political scandal of the government of the day.

And remember, in Ms. Wilson-Raybould’s telling – which Mr. Wernick contested – it was the Clerk who applied some of the most naked pressure on the attorney-general to change her mind about the prosecution of SNC-Lavalin. Mr. Wernick, the former attorney-general said, told her the she was on a collision course with the PM.

His resignation will raise a new question: Did the PM nudge him out the door to try to put the SNC-Lavalin affair in the past?

Certainly the reason that Mr. Wernick cited is credible: His two appearances before the justice committee really did make it hard for him to keep his job.

In his first appearance, Mr. Wernick bristled with indignation, telling MPs he had fears for his country, including the fear that someone will be assassinated during the next election campaign, but there should be no concern for the independence of the justice system. He vouched for the integrity of his political masters. He praised Carolyn Bennett, the Minister of Crown-Indigenous Relations.

It was so pugnacious that opposition MPs, and more than a few observers, saw it as crossing the line into partisanship.

Mr. Wernick is not wrong to think that that breakdown in trust with opposition parties would make it hard to do his job. The Clerk, after all, is the custodian of government during election campaigns and manages transitions from one government to the next. As he noted in his resignation letter, the Clerk now has a new role during the next election campaign to alert the public if there is foreign interference – and for that, he has to be viewed as impartial.

Yet, his departure will remind Canadians about the SNC-Lavalin affair. Another senior government figure is gone.

Perhaps that fits with the Liberal plan – a key figure in the SNC-Lavalin affair is on the way out. Mr. Trudeau once said he had confidence in the justice committee to look into the matter, but now the Liberals are shutting it down. Ms. McLellan will study governance. Maybe Tuesday’s budget will knock the SNC-Lavalin issue out of the news. Four major figures from Mr. Trudeau’s orbit are gone, more or less, but there will be no more talking about why. 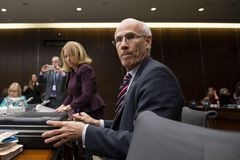