“Our country is full," Donald Trump told asylum seekers last week. The President is wrong, of course, but uncontrolled migration is a crisis in the United States and a problem in Canada, because it undermines confidence in the immigration system.

This is one reason the Trudeau government introduced legislation this week to stem the flow of people who cross at unauthorized points of entry from the United States.

Another might be that, even though the Liberals have done a good job over the past year of slowing the flow of unauthorized crossings, they fear the public might think they haven’t done enough.

In either case, it’s also important to remember that the core purpose of immigration is to stoke the economy and prevent population decline. The intent of deterring crossings at unauthorized places should be to bolster the overall system.

The total fertility rate in the United States has fallen to 1.8 children per woman, and will likely continue to fall. The Canadian rate is 1.6. Both countries are reproducing far below the average of 2.1 children per woman needed to prevent population decline.

This is good news. Teenage pregnancy rates have fallen by two-thirds in the United States since 1990, and 80 per cent in Canada, thanks to improved access to sex education and birth control. In the United States, white, African-American and Latino birth rates are converging, reflecting improved education and economic opportunity for minorities. More women are waiting to establish their careers before having a child, a reflection of increasing equality. Low fertility means social progress.

But fewer babies eventually means fewer young workers to pay the taxes needed to sustain health care and pension for older folks. It also means lower economic growth, because there are fewer young consumers buying that first car, first house and so on. Two dozen countries are losing population each year, and in many cases their economies are struggling.

The United States and Canada counter the effect through high levels of immigration, which is why their populations continue to grow, and to age more slowly.

But the United States faces a growing crisis of uncontrolled immigration, with more than 100,000 crossers from Mexico detained in March alone. In Canada, the number of people who crossed at unauthorized points of entry was just less than 20,000 for all of 2018, mostly from the United States into Quebec.

Prime Minister Justin Trudeau’s government is taking a different approach. The budget bill introduced Monday includes a new law that would prohibit people from making refugee claims who have already made a similar claim in the United States and certain other countries. And Canadian officials are working with their American counterparts to toughen the Safe Third Country Agreement so as to further deter crossers.

Ottawa to pay more than $400,000 to Quebec border residents to compensate them for migrant disruptions

The Canadian Association of Refugee Lawyers has condemned the new legislation as “callous.” But Canada will continue to take in refugees who make legitimate claims through regular channels, such as the refugees from Syria.

The immigration system is not humanitarian; it is economic. In Canada, we bring in almost 1 per cent of our population each year so that our economy and population will continue to grow. Mr. Trump encourages nativist, anti-immigrant sentiment. If Americans listen to him, their country will eventually start losing people − with or without unauthorized migrants − surrendering a key geopolitical advantage, since the Chinese and Russian populations will both start to decline in a few years. (In Russia, it may already have begun.)

Some people argue for policies − enhanced parental leave, subsidized daycare, even cash payments − that will encourage couples to have more children, while limiting immigration. Such policies are very expensive and research shows they don’t work. Women in developed countries today for the most part don’t have children because the state, or God, or their kinfolk, or domineering husbands want them to. Parenting for most couples is an act of personal fulfilment. And they are quickly fulfilled.

The Trudeau government should not have placed these new rules in an omnibus budget bill. And those rules may not survive a judicial challenge. But the goal is sound, even if it was opportunistic. Governments have a duty to control their borders. Failure undermines confidence in the immigration system. And closing the door to immigrants is demographic suicide.

Trump says he will have to call up more military at U.S.-Mexico border
April 10, 2019 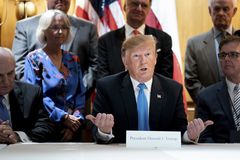 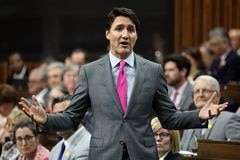 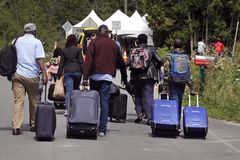