Federal Conservatives and New Democrats say they would support a freeze to parliamentarians’ salaries but no party is offering to take the lead and push for the legislation that would delay a hike in compensation – a question the Green Party calls a “distraction.”

The COVID-19 pandemic has forced businesses across the country to shutter, leading to millions of layoff notices. More than two million people have already applied for employment insurance and Ottawa is preparing for millions more to apply for its emergency support.

At the same time, members of Parliament and senators are enjoying pay increases – 2.1 per cent and 2.4 per cent, respectively.

Parliament’s decision to continue with the pay raise, which takes effect Wednesday, is out of step with some provincial legislatures that have postponed pay increases or continued wage freezes already in place.

Conservative Leader Andrew Scheer said Wednesday his party would back a wage freeze for parliamentarians, but he put the onus on the Liberals to lead the way.

“If the government brings in such legislation, we would support it," Mr. Scheer said.

The NDP said it would be “open” to delaying a salary increase if the legislation is introduced. “But the priority for Parliament should be getting help to Canadians who urgently need it as quickly as possible,” spokesperson Mélanie Richer said in a statement.

The Bloc Québécois did not reply to a request for comment and the Prime Minister’s Office didn’t give a direct answer as to whether the Liberals support a wage freeze.

“The Prime Minister will be donating his salary increase to a number of not-for-profits and charitable organizations in his riding," spokesperson Alex Wellstead said in response to a question about whether MPs’ salaries should be frozen.

Mr. Scheer also said he would donate his salary increase to a local food bank in Regina.

Asked on Monday if he or any other MPs had considered forgoing their pay hike, Prime Minister Justin Trudeau said: “I haven’t heard the Parliament of Canada having those discussions."

Parliament is not sitting at the moment but it is being recalled.

A statement from the Green Party’s three caucus members said all efforts should be focused on getting cash to Canadians “that are suffering. Any distraction from those efforts is counterproductive.”

On Tuesday, B.C.'s MLAs postponed their planned pay raise. In Ontario, provincial politicians haven’t had a raise since 2008. Similarly there are no pay increases planned for MHAs in Newfoundland and Labrador, and in Alberta politicians voted on March 18 to cancel an automatic salary hike.

Increases in pay for MPs are based on the average pay increase negotiated for major bargaining units in the private sector. The law requires that the base salaries for all parliamentarians be rounded down to the nearest $100.

Wage freezes can be brought in by an act of Parliament. For example, the previous Conservative government brought one in from 2010 to 2013, as part of its Expenditure Restraint Act, according to Heather Bradley, the director of communications for House Speaker Anthony Rota.

In a memo to MPs sent Wednesday evening, Mr. Rota wrote that many parliamentarians have expressed their wish to donate the amount of their wage increase to charity. “While there is currently no mechanism that allows members to make donations through payroll deductions, members may choose to make direct donations to the local or national charity of their choice,” the Speaker wrote. 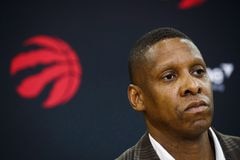 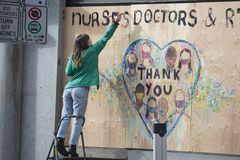 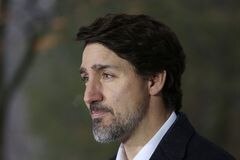