Pushing ahead with contentious plans to overhaul Canada’s internet rules in areas like broadcasting, curbing online hate speech and requiring Google and Facebook to support Canadian news organizations are set to be early priorities for the re-elected Liberal government.

The Liberal platform included more than 100 promises at a projected cost of $78-billion over five years, but 10 pledges came with the added commitment to act on them within 100 days. Three of those 10 involve legislation related to how Canadians use the internet. Debates on these bills are certain to raise fundamental questions about the appropriate role for government in regulating what happens online.

The bills include one known as Bill C-10 in the previous Parliament. It would have changed the Broadcasting Act so that streaming services such as Netflix and Amazon Prime would fall under some of the rules that apply to traditional broadcasters, such as contributing to the creation of Canadian content. The bill died in the Senate after months of heated debate over whether it would go too far in regulating online videos. The arts community strongly supports the legislation, but critics raised freedom of speech concerns.

Opposition MPs amended C-10, and Bloc Québécois Leader Yves-François Blanchet called for it and other bills that died in August to be picked up where they were at the time of the election. This often occurs after a prorogation, but would be highly unusual after an election that sent many new MPs to Ottawa, even though the party standings are about the same as before.

C-36, legislation aimed at addressing harmful content online, was released on June 23, the last sitting day before the summer election. As a result, it did not receive any debate in Parliament. A midsummer consultation paper provided additional details on how Ottawa would regulate such content.

The legislation and discussion paper have received little attention to date given that both were released on the eve of the campaign.

University of Ottawa professor Michael Geist raised numerous objections this week in a formal response to the discussion paper.

“The proposed approach does not strike an appropriate balance between addressing online harms and safeguarding freedom of expression,” he wrote. Dr. Geist is the Canada Research Chair in Internet and E-commerce Law, and was a leading critic of C-10. He now warns that the online harms bill could provide political cover for undemocratic regimes, which could invoke Canada’s laws to justify shutting down free speech online in their own countries.

“The government should be asking a simple question with respect to many of its proposals: Would Canadians be comfortable with the same measures being implemented in countries such as China, Saudi Arabia or Iran. If the answer is no (as I argue it should be), the government should think twice before risking its reputation as a leader in freedom of expression,” he wrote. “The risk of overbroad or overzealous enforcement is very real.”

The Liberal platform also states that a re-elected government would introduce legislation within 100 days that would require digital platforms that generate revenues from the publication of news content – such as Google and Facebook – to share a portion of their revenues with Canadian news outlets.

The platform says the bill would “level the playing field between global platforms and Canadian news outlets” and allow news publishers to work together to prepare for collective negotiation.

Liberal Heritage Minister Steven Guilbeault’s office said the minister was not available to comment on the status of the promised bills.

Conservative MP and heritage critic Alain Rayes said he would be surprised if the Liberal government delivered on the 100-day timelines, especially if the planned October cabinet shuffle brings in a new heritage minister.

“They haven’t moved too quickly in the past,” he said.

He expressed hope that the government will listen to the concerns about C-10 before reintroducing it. Mr. Rayes said he has not come to a position on the proposals related to online harm and the news media.

“It’s going to be an interesting piece of legislation to look at. It’s desperately needed,” she said, referring to recent examples of hate directed toward Muslim women. “We know that a lot of this real-life hate and violence starts online.”

Mr. Blanchet, the Bloc leader, said on Wednesday that C-10 should be approved quickly. He said he is still reviewing the online-harms proposals.

News Media Canada president and CEO Paul Deegan, who advocates on behalf of Canadian news organizations, said the notion of requiring large companies such as Facebook and Google to compensate publishers appeared to have cross-party support during the election campaign, and he expressed hope in an interview that the government would act quickly.

The seven other pledges of action within 100 days include providing 10 days of sick leave to federally regulated workers; meeting with the provinces to discuss paid sick leave; holding a summit on restarting the arts and culture industry; updating the Official Languages Act; reintroducing legislation that effectively bans the practice of conversion therapy; completing the federal LGBTQ2 Action Plan; and reintroducing legislation to reform mandatory minimum sentences in the Criminal Code.

The Prime Minister’s Office said the timelines for the 100-day commitments begin when the new cabinet is sworn in, which is expected in October. 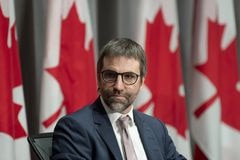 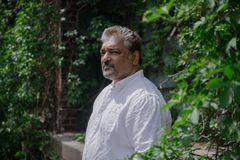